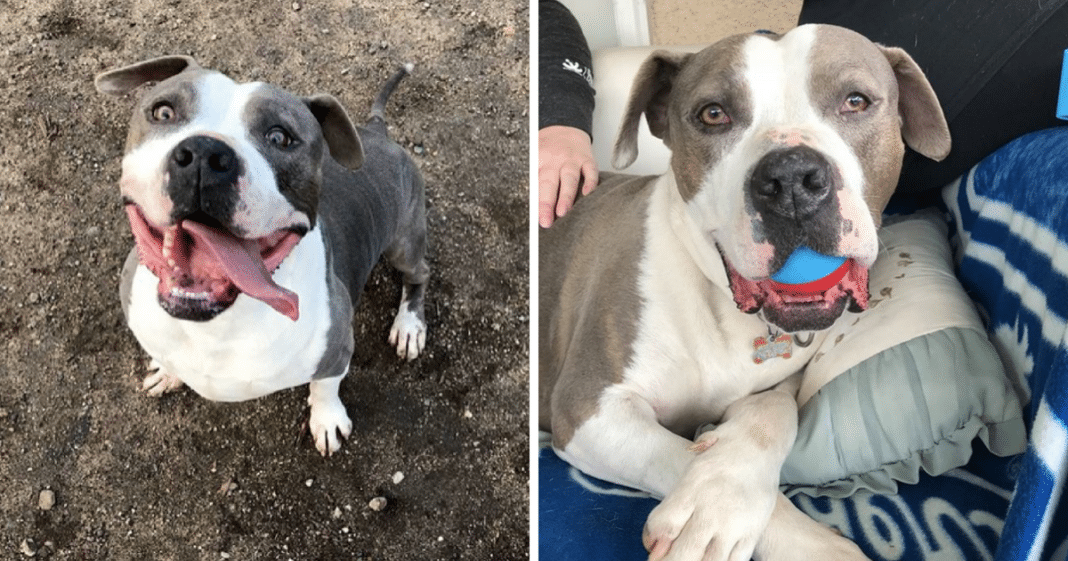 Chad is a 10-year-old Staffordshire Terrier mix who has lived at a California no-kill animal shelter for five years. The old boy loves to play and socialize. He’s adored by shelter staff and volunteers alike; no one can figure out why he’s yet to find a forever home.

“He’s just a big old chunky, sweet, sloppy-kissing, bouncy, happy guy,” Layne Dicker, a volunteer at the  Best Friends Animal Society shelter in Mission Hills, California, told The Dodo. “He’s been at the shelter for a crazy amount of time.” 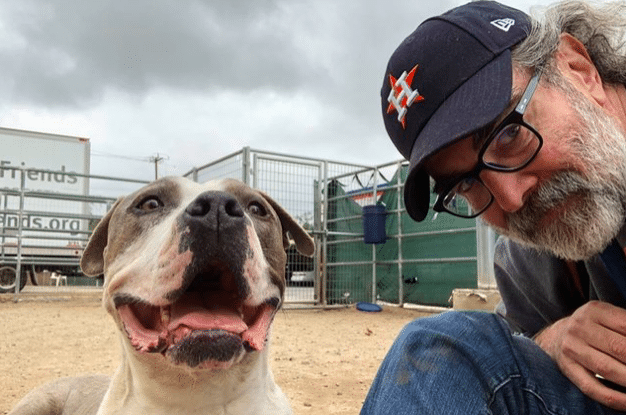 Chad showed up at a city shelter run by Los Angeles Animal Services five years ago. He didn’t remain there for long. He was transferred to the no-kill shelter run by the best friends animal Society. Here, he would receive special, individual attention and plenty of playtime outside.

Despite Chad’s fun-loving personality, he’s yet to find a forever home. “He has some challenging aspects that make him harder to find a home for,” Michelle Sathe, public relations specialist for Best Friends Society, told The Dodo. “He is very picky about his people,  so he’s what we call a relationship-building dog. Someone who would be interested in adopting Chad  would need to come to the center several times to build a relationship with him, and that’s really his primary obstacle.” 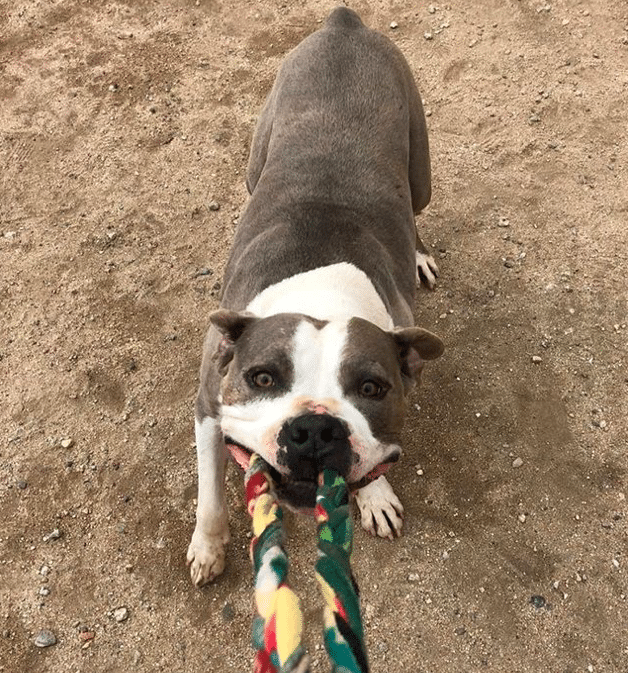 Dicker has been volunteering at the shelter for the past five years. It takes time and patience to get to know the old guy. “There are about 20 people who he adores and trusts, and who are family,” Dicker said. “He can be introduced to new people if you do it well. It takes a little time.”

Because he’s considered a senior dog, the family who takes chad in would need to be aware of his future needs. Dicker describes Chad as a “sweet, smart, playful, social” dog who loves giving and receiving affection.” 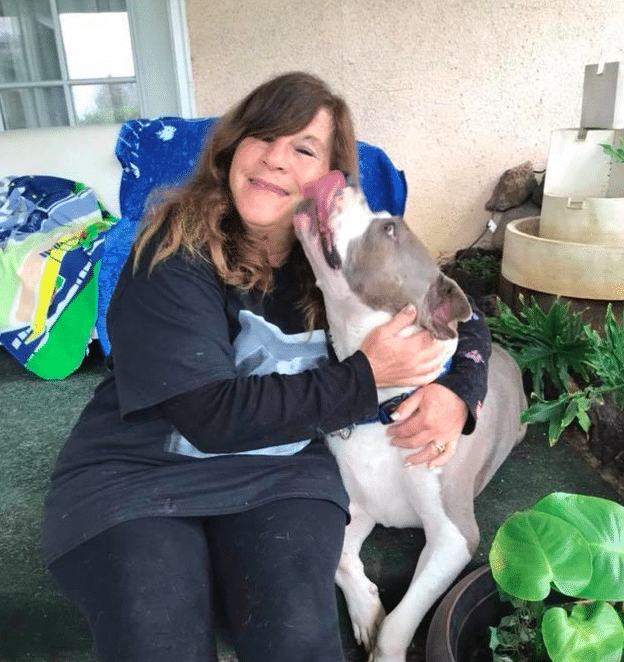 “I’ve been there for five years, and I’ve watched as Chad’s fan club has grown,” Sathe said. “Many dogs who are in homes don’t get half the love or attention that Chad gets from the people at our center. He has at least a dozen passionate fans, and they constantly take him out for playgroups and one-on-one time. And some of our volunteers take him home for visits and sleepovers.”

Dicker notes BFAS is “an unbelievable shelter with  highly trained people.” He also points out that all dogs need a home of their own. “As great as any shelter is, it’s still a shelter, and it’s inherently stressful.” 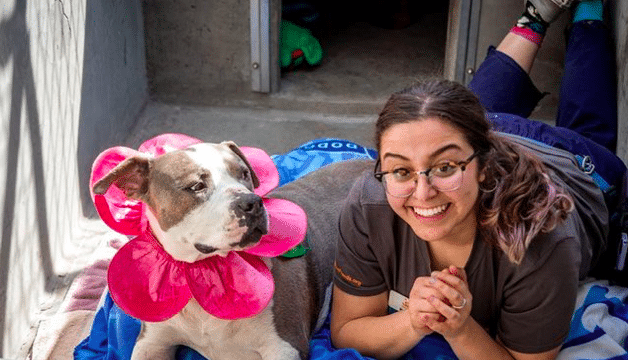 Chad needs to be with someone who will be understanding and patient of his needs. “He loves people so much,” Dicker said. “It would just be nice to see him on a couch in his senior years.”

If you’re interested in adopting Chad, send an email to adoptla@bestfriends.org.