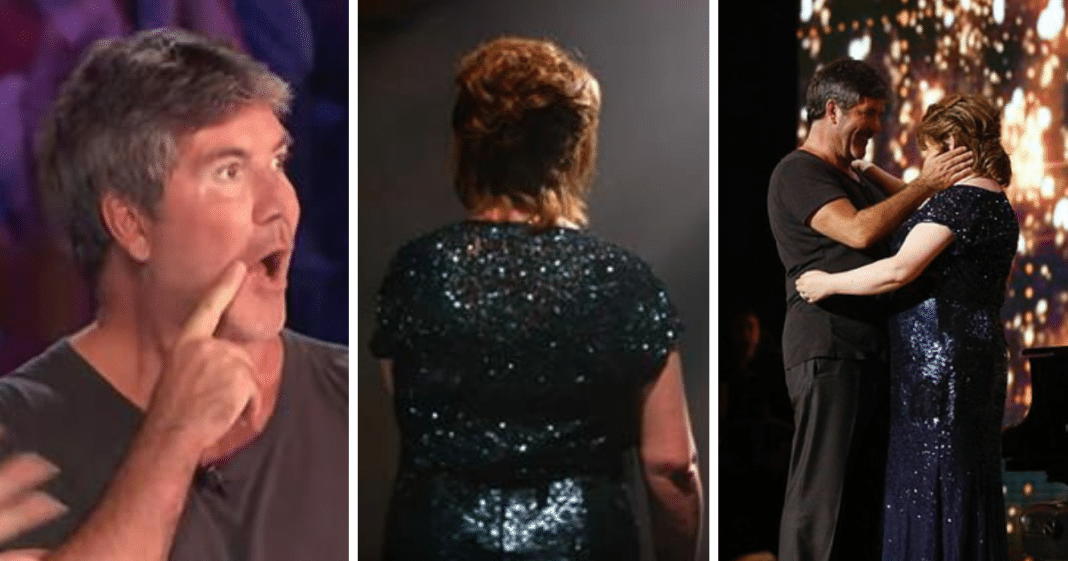 Do you remember Susan Boyle? If you saw her performance on “Britain’s Got Talent” nine years ago, I guarantee you never forgot her. We have good news: she’s BACK.

But first, here’s a reminder of who she is and how powerful her voice is. If you’ve seen this video, skip this part and scroll down to continue reading this article.

“It’s like the Olympics: the best of the best. You’re not just taking on America – you’re taking on the world.”

Well, that’s certainly the case where Susan Boyle, 57, is concerned. She shocked everyone when she came on stage at the new show, not the least, Simon, who was delighted to see her.

“And what’s your name?” Simon joked, telling her: “Oh my God this brings back so many great memories having you back. Genuinely, I’m beyond thrilled that you’re here tonight.”

And then she began to sing, and as always happens when this lady opens her mouth, the magic happened. She sang the Rolling Stones’ “Wild Horses.”

Best of all, she got the Golden Buzzer from AGT judge and Spice Girls lead singer Mel B, who said this:

“I want to be the woman that gives you something that you deserve.”

Watch the performance and the moment Mel B pressed that magic buzzer.

“I can’t think of any other contestant who has defined this hsow better than you.”

Both Mel and Simon went onstage to hug her, and Mel said “you should have gotten this the first time.”

And it’s true. Susan epitomizes the dream of every person who has ever been only just average. On the surface, she’s average in every way. But she proves what it means to have courage and ignore the haters.

The Golden Buzzer can be used by each judge only one time during auditions. Pressing it sends contestants straight through to the live semi-finals, regardless of the opinions of the other judges.

Susan doesn’t necessarily need to be on this show. She’s sold millions of albums and has made herself successful and wealthy. But for her, it’s a challenge. She feels like she has something to prove. She didn’t win the first time she appeared on the show. She came in second. But her eagerness to get back up on that stage proves once again how courageous and tenacious this woman is.