Robert Downey Jr. Nervous To Sing With Sting. But When He Opens His Mouth… Wow! 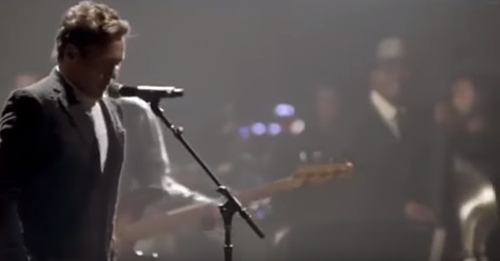 Back in 2011, a concert was held in New York for Sting’s 60th birthday! Throughout the show, the rockstar brought out some of his friends to join him and sing along, but you’ll never guess who stole the show.

Not only is Robert Downey Jr. an incredible actor, he’s also an amazing singer. We saw this right as he joined Sting on stage for a singing duo.

The two sang the song “Driven To Tears,” which was a track off of Sting’s band’s album in the 1980s. You could tell Downey was nervous at first, but as soon as he opened his mouth and got a positive reaction from the audience, he was certainly fine.

Downey blew the crowd away with his beautiful, yet rough voice. Check out the video below to hear it for yourself!