Supermarket keeps retraining employee with dementia so she can continue working 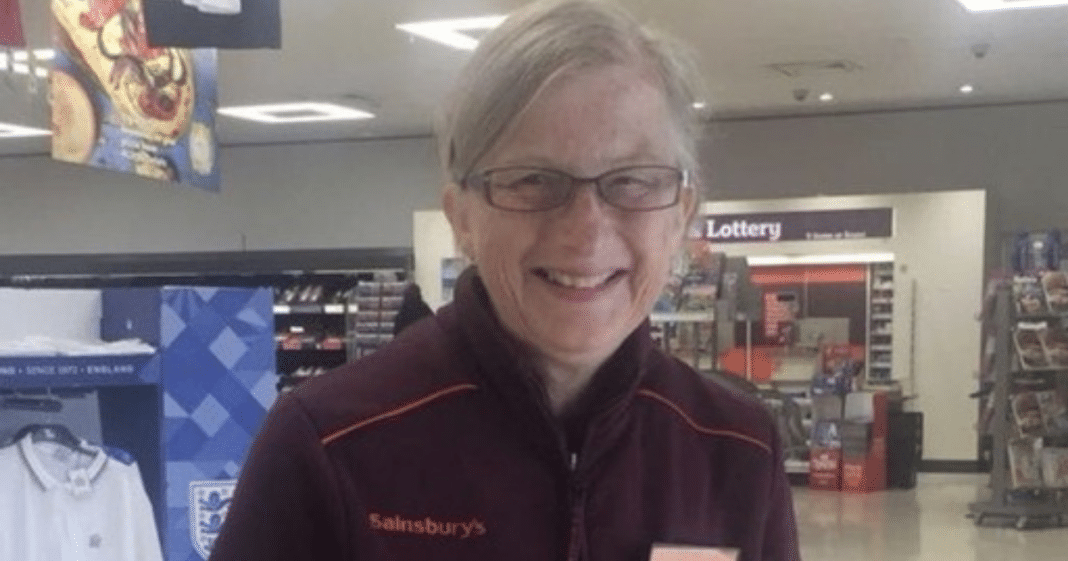 It seems more often than not; companies end up in most headlines for all the wrong reasons.

Far too often we see companies who have a reputation for treating their employees and even their customers poorly, and while conducting themselves in a hardhearted manner.

However, one small supermarket decided to do something a little different.

When one of their employees was diagnosed with Alzheimer’s disease, they decided to step up and help instead of giving her a pink slip.

Doron Solomon shared his mother’s story in hopes of broadcasting the heartwarming kindness of his mom’s employer.

Since then she had been a fantastic employee.

She’s a picker and very skilled when it comes to handling online orders.

Unfortunately, she recently received a diagnosis from her doctors telling her that she would not be able to work anymore due to her disease.

To my mum, cleaning the tote boxes became the most important job in the world. If she didn't do it the store would fall apart. The sense of self-worth and pride has undeniably helped with aspects of her Alzheimer's, such as giving her something to talk about in social situations.

However, Sainsbury’s gave their own second opinion and created a plan to keep Solomon’s mother gainfully employed.

They decided that they would retrain her as much as necessary.

Since she had not lost her ability to learn, she could still work with a little assistance.

The store took the time to learn as much as they could about her condition and formulated a strategy.

Nearly 6 months later, yesterday was her last day. Even when they probably should have let her go they didn't until now. My mum was emotional but relieved. Senior management have acted with compassion and handled everything with class and dignity.

The grocery store was determined not to lose a loyal longtime associate. Even when she would arrive at the store looking confused, they were committed to creating a role for her that would allow her to contribute and stay on board.

They gave her a brand new title and managed to keep her on for a few extra months.

Doron’s mom was taught how to clean totes, and this training allowed her to contribute during her twilight years.

A lot of companies spend millions of dollars in public relations campaigns to convince customers and employees that they care.

However, this one small business decided to go above and beyond to make sure their beloved employee was well taken care of.

Legally, Sainsbury’s would have been well within their rights to let Doron’s mom go after her condition started to affect her job.

But instead, they made a different decision, one who valued their employee’s dignity over profits.

As for Doron, he’s taken to Twitter to be the stores biggest ambassador. And Sainsbury’s replied letting the young man know how much they love and appreciate his mom.

Hi Doron. It’s clear your mum’s contribution was valued as one of our colleagues, regardless of her condition. The team here were quite moved reading your tweets. We’ll make sure the right people get to hear about this. Thanks. Ross.

If more companies can start to see people this way, just imagine how much more beautiful this world would be?

As it turns out this may not be as unusual as many people many people might think. There’s an entire ongoing campaign in the United Kingdom to assist companies in helping employees with Dementia.