Students think a guest speaker is coming to class, then lose it when they see coach in uniform 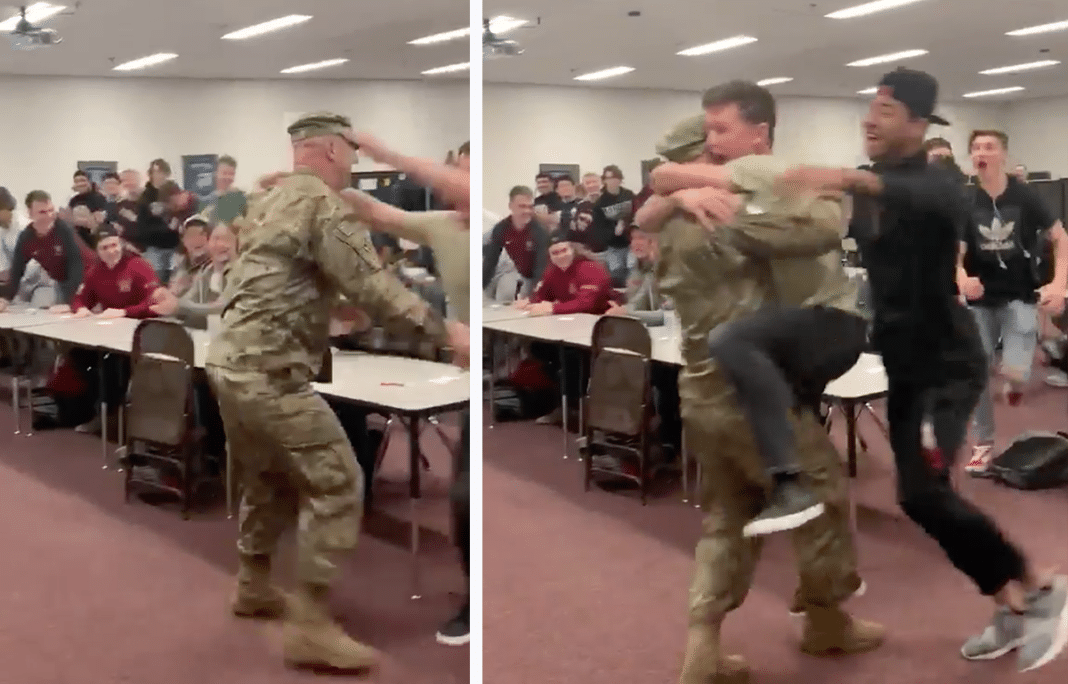 A heartwarming viral video is sweeping the internet showing an emotional reunion in a classroom in Layton, Utah. The obvious excitement, joy, and, and love expressed between a group of student-athletes and their teacher who also coaches them is unbelievable. Its definite evidence of the profound impact a teacher can have on their kids.

The kids in a Northridge High School classroom heard an announcement that there would be a special guest speaker that day, but were about to get a huge surprise.

Andrew Olson had just returned from a five-month tour in Afghanistan in the National Guard. He wasn’t sure what would happen when he peeked into the classroom. Then he got a priceless and validating reaction that has to be seen to be believed.

“I knew they were going to be excited but I didn’t know the extent.” @UTNationalGuard Capt. Drew Olson surprises student athletes at Northridge High. The football/basketball coach returned from Afghanistan early. The story behind the video @fox13 at 9:30. pic.twitter.com/4fOL7hfQHp

A group of kids on the basketball team lept from their chairs and rushed to the front of the room. Tears started flowing. A student cried, “Thank God!” The boys formed a tight circle around Olson, sharing hugs. They were overjoyed to know their favorite coach was home safe.

“It was extremely overwhelming,” Olson says. “It was just a surreal moment.” 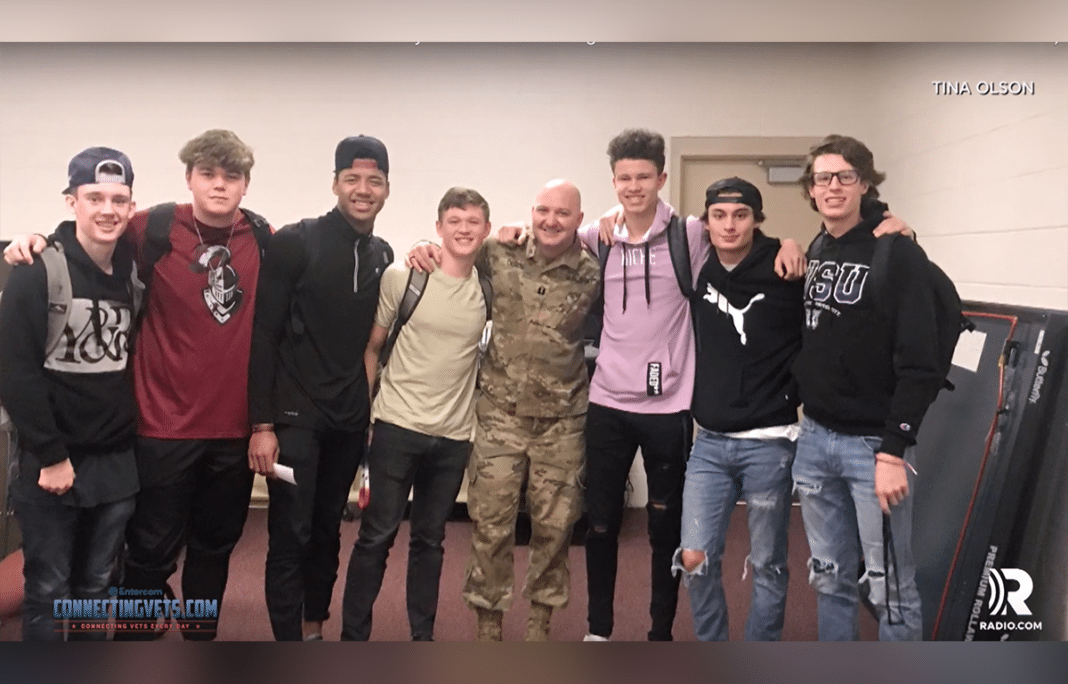 The coach of the boys basketball team had clearly formed an extremely tight bond with his kids. He went out of his way to mentor the boys both as athletes and as human beings, sometimes spending two hours outside the classroom.

Olson says the bond between a coach and his team is especially strong.

"When I walked in that door and just the charge of kids coming in, it was a wave of emotion. It was a really special moment that made me realize how special Northridge really is and how respectful how those kids are," @Aolson05. https://t.co/OYdWaHlOPr

Although the coach didn’t know how the students would respond after being gone for almost half a year, their reaction validated all of his efforts.

“Very humbling experience,” Olson says. “I know I love those boys so much, with all my heart. … To see that reciprocated and show that they cared about me too, that’s definitely something that I’ll hold tight to me.”

Responses to the video on Facebook have been tremendous, as people noted what an impact he has had on the students’ lives.

“Awesome! What a man, he must be for teenage boys to be this thankful to see him. God Bless you, sir, Thank you for your service and, the positive influence you are having on these children.”

“This is proof that teachers aren’t paid enough. This guy is obviously a great role model. His students LOVE him.”

The coach’s decision to enter the military was a family tradition since Olson’s father, stepfather, and brother-in-law all served before him. Their courage inspired him to leave the classroom, as much as he loved his job.

While he was overseas, he made sure to let the kids back home know he was thinking of them, posting pictures like this one:

The students made sure to let him know they were thinking of Olson on his birthday, sending handwritten letters.

Thank you @KnightsAdmin for all the birthday wishes!!! Can’t wait to be back at the Ridge! Go Knights!!! pic.twitter.com/s9K9usOqt7

Now that he’s back at Northridge High, Olson is finding his adjustment to civilian life a challenge but is excited for what the future holds.

“It’s going to be an adjustment, going back into the classroom,” Olson admits, acknowledging that, for a soldier returning from a tour of duty, moving back into civilian life is always a challenge.

“I’m extremely excited to get back with my students and get back to normal life.”

Olson was recently named Northridge High’s head boys basketball coach. Judging by the warm reception from his adoring students, we can see why!

See more from Radio.com below: