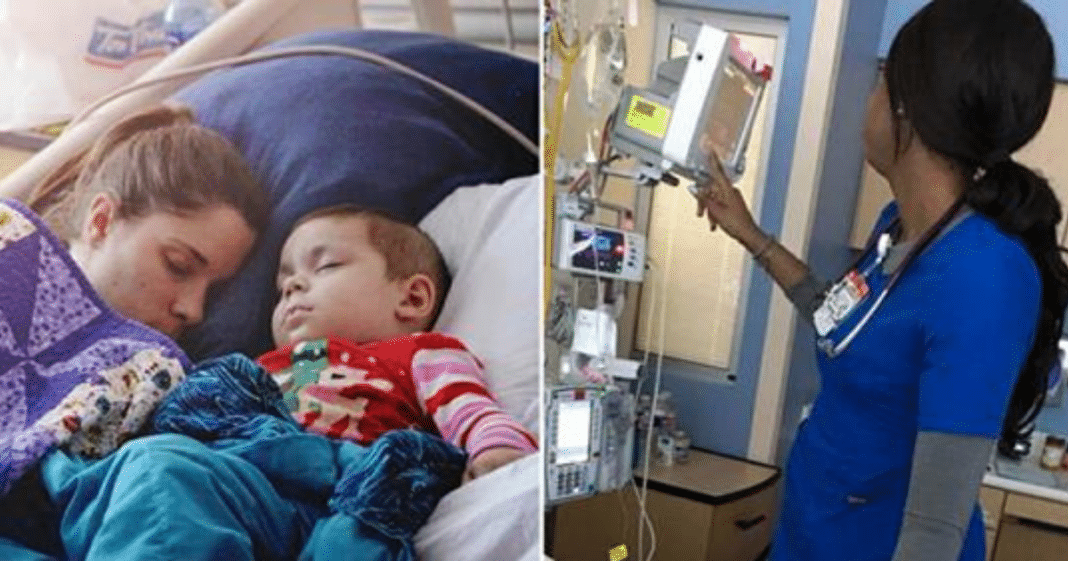 Sophie was just your average happy two-year-old little girl until the day of May 18, 2017.

That’s the day she became sick.

Her parents, Shelby and Jonathan, thought their toddler was only suffering from allergies.

However, when Sophie started experiencing difficulty breathing, her doctor suspected the child may have asthma. 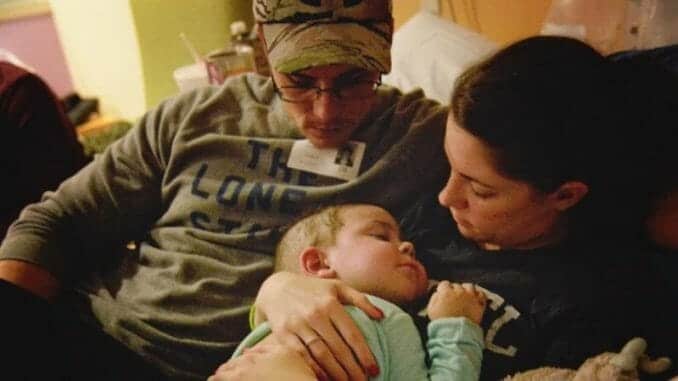 Sophie was scheduled to take an allergy test a few days later, but it never happened.

Because she stopped breathing one night.

Shelby and Jonathan were suddenly trapped in every parent’s worst nightmare, as they rushed to call an ambulance for their child.

Minutes later they were on their way to the hospital.

I was there that the doctors confirmed the real diagnosis, which turned out to be much worse than anyone could have imagined. 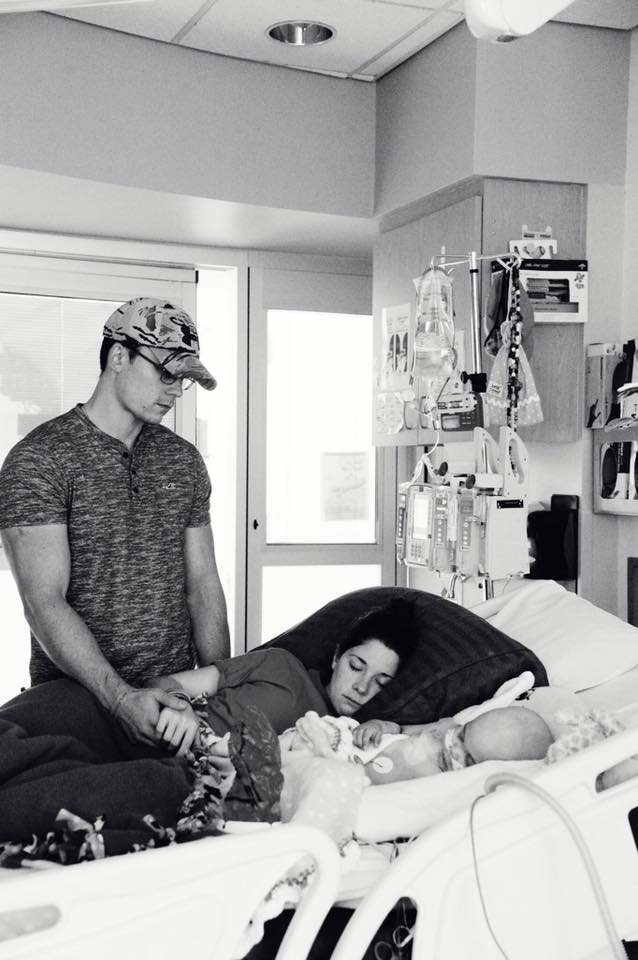 Now Sophie and her parents found themselves in the fight of their lives.

Aggressive chemotherapy failed to keep her cancer from spreading.

The treatments also affected Sophies ability to talk, walk, and use her hands to eat.

As their little girl continued to fight for her life, her parents spent countless hours by their daughter’s bedside. 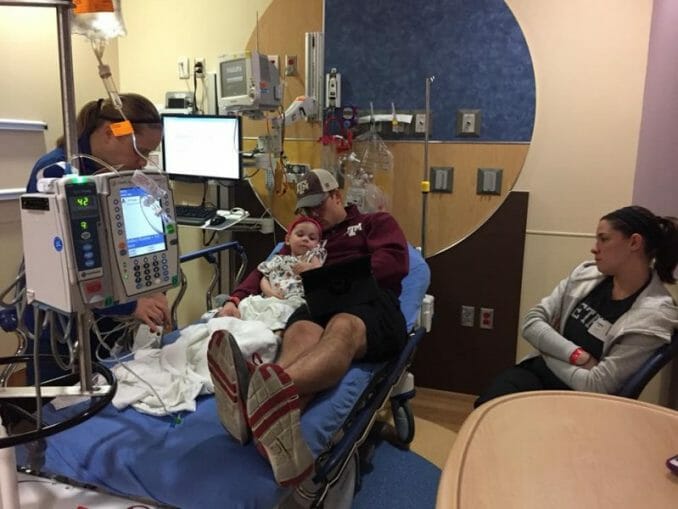 Sophie’s mom, Shelby, was almost a permanent fixture by her daughter’s bed.

Shelby’s main concern was how her daughter was being treated. 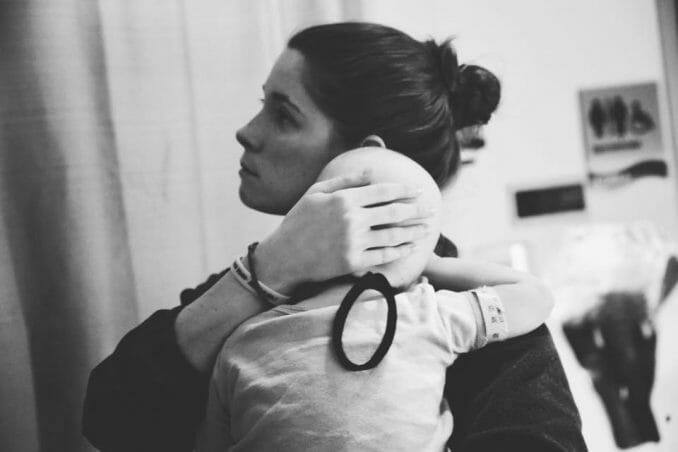 It turns out that the little girl’s weakened body required a stem cell transplant.

However, in this difficult and chaotic situation, the mother took notice of a special nurse who did her best to go unnoticed.

After taking a photo, while the nurse’s back was turned, Shelby posted the picture to a Facebook page that she and her husband created to document Sophie’s battle against cancer. 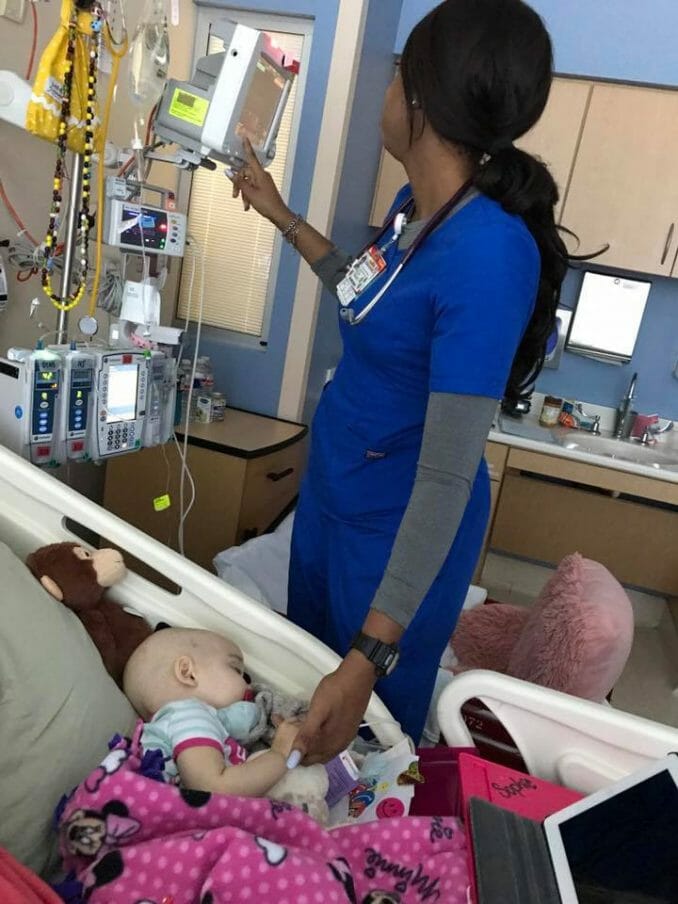 “I see you,” Shelby wrote as she revealed everything she witnessed during her daughter’s care.

“I see you. I sit on this couch all day long and, I see you. You try so hard to be unnoticed by me and my child.

I see your face drop a little when she sees you and cries. You try so many ways to ease her fears and win her over. I see you hesitate to stick her or pull bandaids off. You say ‘No owies’ and ‘I’m sorry’ more times in one day than most people say ‘thank you’..

I see all of those rubber bracelets on your arms and wrapped around your stethoscope, each one for a child that you’ve cared for and loved.

I see you stroke her little bald head and tuck her covers around her tightly. I see you holding the crying mom that got bad news. I see you trying to chart on the computer while holding the baby whose mom can’t-or won’t be at the hospital with her.

You put aside what’s happening in your life for 12 hours straight to care for very sick and something’s dying children. You go into each room with a smile no matter what’s happening in there. You see Sophie’s name on the schedule and come to check on us even when she isn’t your patient.

You call the doctor, blood bank, and pharmacy as many times as necessary to get my child what she needs in a timely manner. You check on me as often as you check on her. You sit and listen to me ramble for 10 minutes even though your phone is buzzing and your to do list is a mile long.

I see you. We all see you. No amount of snack baskets or cards can fully express how appreciated you are. You are Jesus to us every single day. Our children wouldn’t get what they need without you. Moms like me wouldn’t feel sane or heard without you. You save our babies and we couldn’t do this without you.”

Shelby’s lovely heartfelt message not only touched the nurses of whom she dedicated the post but also other parents who shared similar experiences and believed that nurses were the backbone of the hospital.

A nurse’s job is unimaginably difficult as they live through some of the worst times of any parent’s life, day after day. 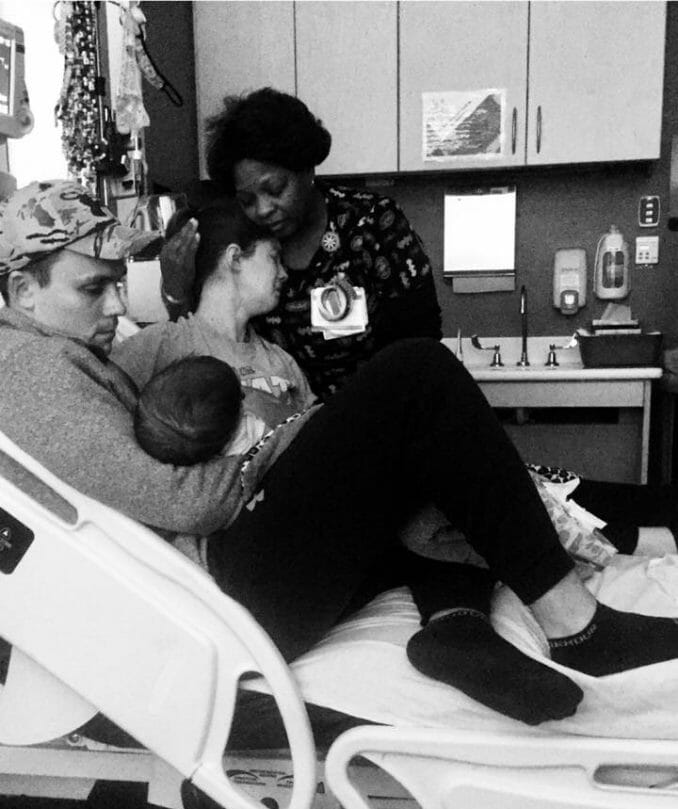 Tragically, Sophie never had a chance to grow old and say “thank you” to all the nurses who showed her such care and compassion during her fight for life.

The child’s tiny body could no longer endure the treatments and aggressive cancer.

On December 22, 2017, Sophie once again relapsed and her family made the gut-wrenching decision to not put their daughter through any more treatment.

After 13 days of cuddling, singing, reading, watching movies and loving their little girl, parents Shelby and Jonathan said goodbye to Sophie as she passed away in their arms on January 4, 2018.

”My goal through this entire process has been to be transparent and honest and shine light on what really goes on during a battle against cancer. I haven’t sugarcoated the bad days but, I’ve also been able to show the great work the Lord has done throughout this. I hope to continue to do that as we continue on without her”, says Shelby. 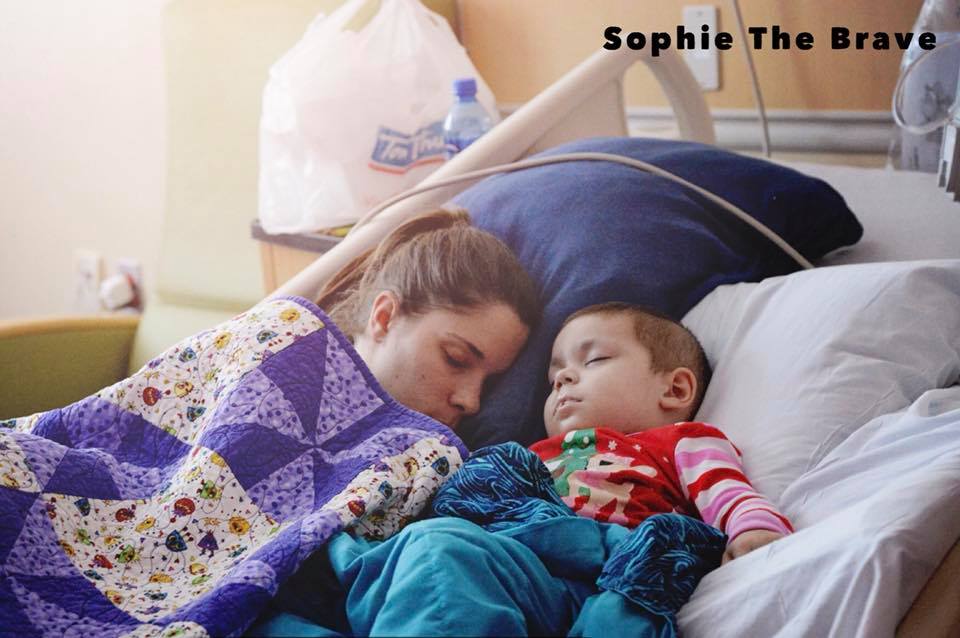 May God bless Shelby and Jonathan, and may they one day find the peace in their hearts where their little girl now lives forever.