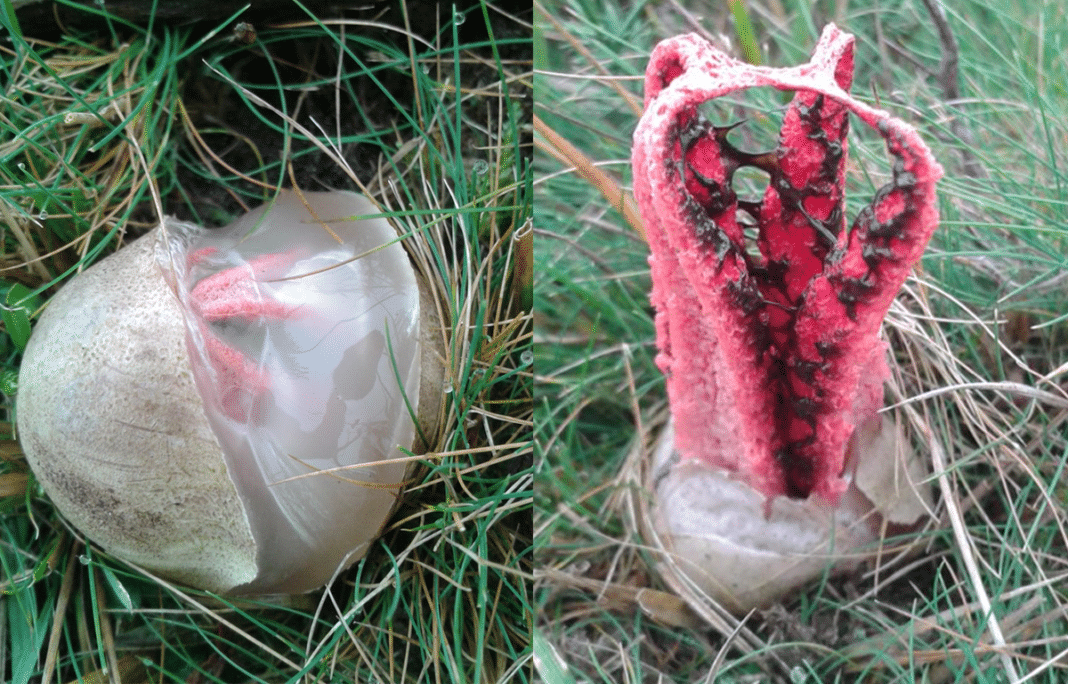 Looking like one of the pods that a Demogorgon might hatch out of on the series, Stranger Things, a Twitter user shared images of a bizarre and mysterious looking pod in a post that went viral. It doesn’t appear to be something from the earth, a strange alien-looking creature hatching from a translucent egg on the grass.

If you are unfamiliar, here is the “Demagorgon” from the popular Netflix series:

The Demogorgon. It got me. #StrangerThings pic.twitter.com/3JamjrXSFq

Now look at the creature below. The images got imaginations racing all over the world.

But what is this thing? It has bright red tentacles like an octopus, but seems to grow from an egg on land.

The man who found it is from Hampshire, England, where this species of fungus isn’t native. It’s an alien species called Devil’s Fingers, Octopus Stinkhorn, or Clathrus archeri.

Watching the “tentacles” emerge from the egg, it really does look like an alien is being born. (The video is time lapse)

The “tentacles” are actually the reproductive parts of the fungus, which attract flies with a rancid smell. Once a fly lands on the smelly fungus, spores stick to it and are carried away for miles.

The tentacles can appear white, like a scary zombie hand coming from the ground. 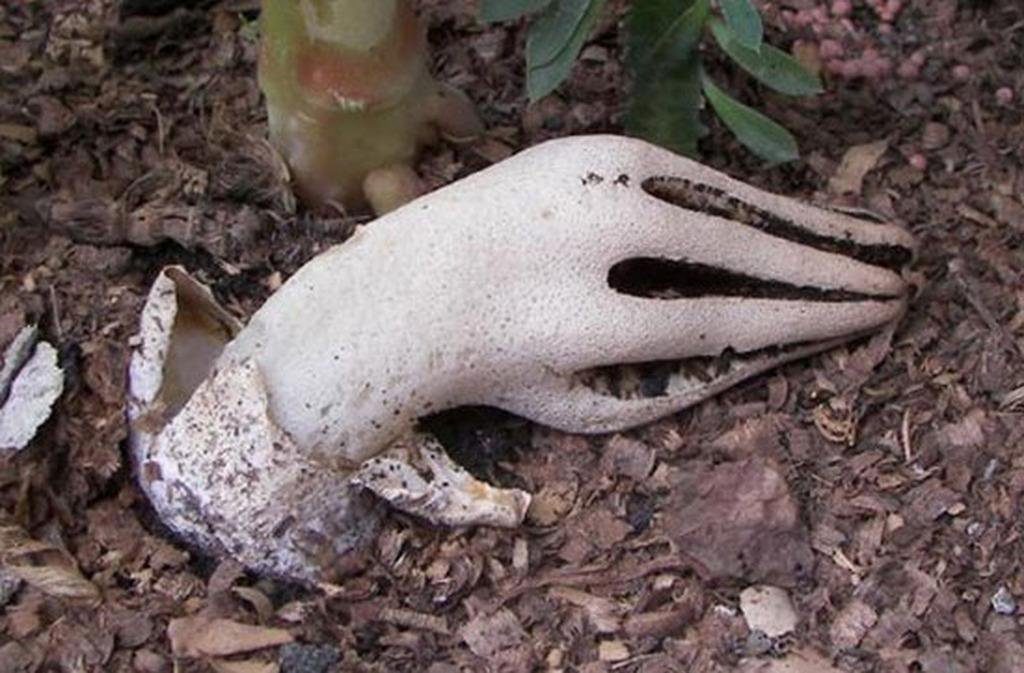 The exotic fungus is native to New Zealand and Australia, but it has been introduced in England, where it has been observed for over a century. It is thought the fungus may have made its way to England inside crates of military weapons shipped during World War I.

Now, these alien species are growing in California too, thought to have come along with shipments of exotic plants.

Interestingly, the fungus is said to be edible, although why anyone would want to do that is almost as mysterious as the fungus itself. As with any mushroom, it’s always best to leave it to the experts to determine which types are truly edible.