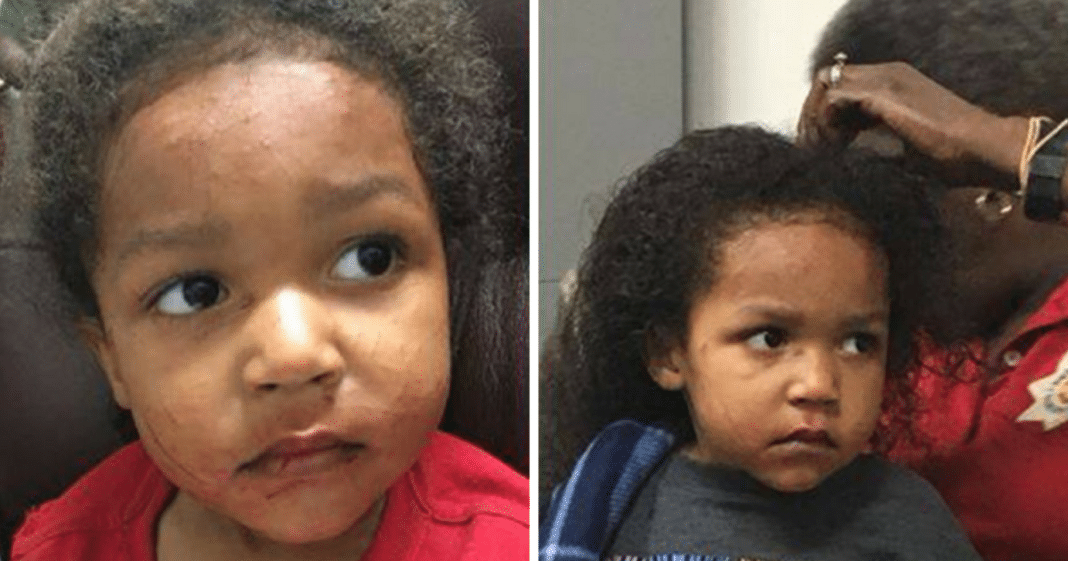 A brave 3-year-old little boy from Arkansas went out on his own to try and get help for his 1-year-old little brother. The two boys and their mother crashed into a ravine. Their mother, a 25-year-old woman died in the reck. The two little ones were without food or water for days.

The little boy was discovered by Ouachita County deputies wandering along a road in Camden, Arkansas on Monday. He had cuts and scratches all over his body.

Officers immediately began to investigate the boy’s identity. They posted a picture of him to social media in the hopes someone from his family would recognize him. “All we knew was that the boy had a whole bunch of scratches and scrapes from head to toe,” Nathan  Greeley, a Lieutenant with Ouachita’s detective criminal investigation division, tells PEOPLE. “He  looked like someone who had crawled through a bunch of thorns.”

As they waited, sheriffs deputies took him back to the station. They bathed the toddler and got him some clean clothes. “The parent instinct kicked in for all of us; we cared for him like he was our own child,” Greeley says. “He was very, very thirsty. He later colored and played with cars, but he wasn’t real vocal.” 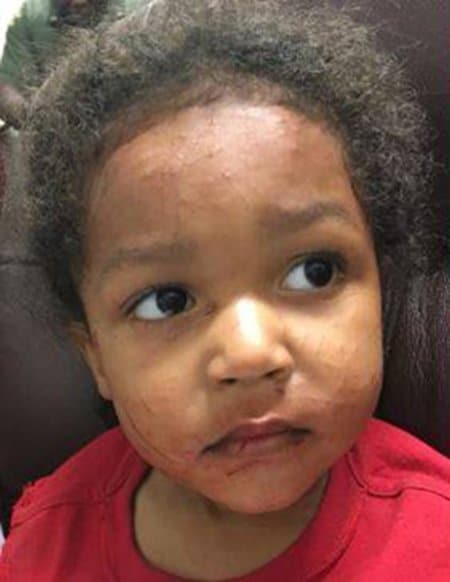 It took just half an hour for the toddler’s family to notify authorities. His name was Kylen Holliman. Kylen, along with his mother, Lisa and younger sibling hadn’t been heard from since Thursday or Friday of the previous week.

A search was conducted in the area where Kylen was found. Officers uncovered the car wreckage tucked away in a ravine. Inside was Kylen’s 1-year-old brother, alive and unharmed.

The boy’s mother was located outside the car. “It appeared she had been ejected from the vehicle and she had been deceased for quite some time,” Greeley says. “The vehicle was turned on its side, and we found a 1-year-old child still in the child restraint, still alive.”

Kylen’s brother was awake in his car seat. They removed him and watched over the little man until paramedics arrived to transport him to the hospital in Little Rock. 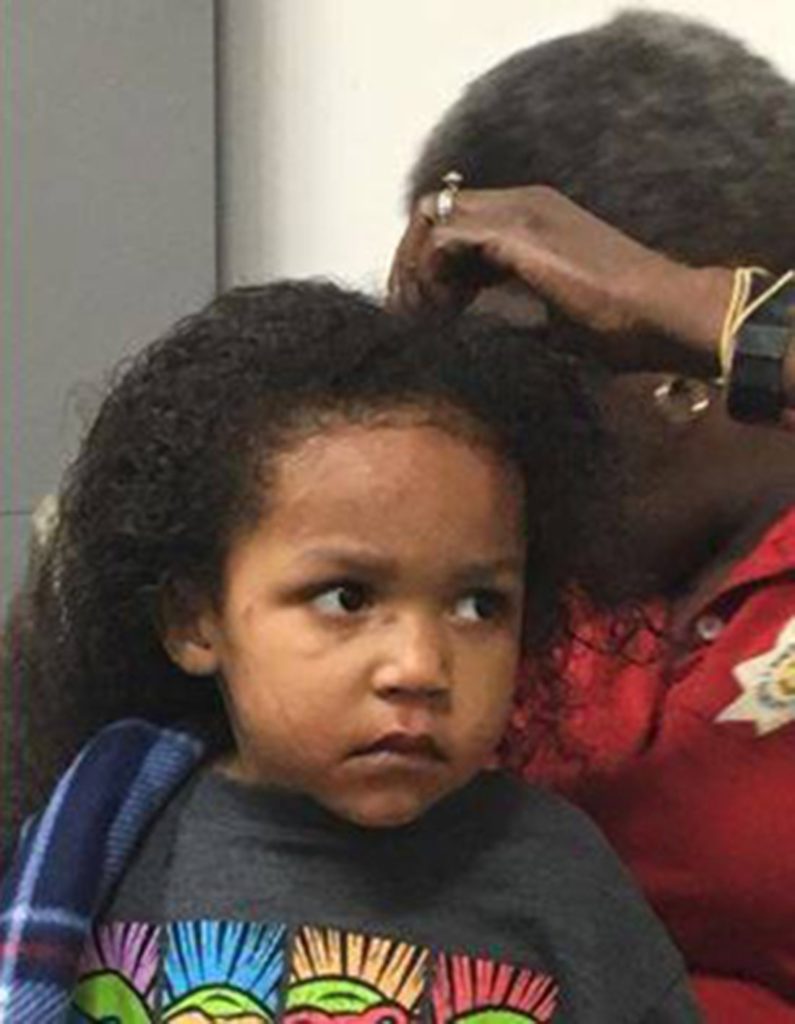 “You could tell he was just happy someone was there,” Greeley says. “It didn’t matter if it was a  complete stranger or not, we gave him that love and comfort that he needed.”

The two children were thought to have been alone in the car for three to four days. Greeley believes Kylen unbuckled himself from his car seat, climbed through the sunroof or open window and walked through a hilly area with bushes. He was spotted approximately 300 yards from the accident.

“If it weren’t for him getting out of the vehicle, it would have been a horrible situation, and we probably would be looking at three deaths as a result of that accident,” he adds. “You can imagine,  both of them were traumatized. They had one hell of a stay down there.”

The department doesn’t suspect foul play contributed to the accident. Kylen’s little brother is expected to be released from the hospital soon. Kylen returned to the police station on Tuesday to see the officers who cared for him. He had a smile on his face.

“All I can say is, in the 11 years that I’ve been here, I have never seen something so tragic and amazing at the same time,” Greeley says. “It’s tragic for the loss of the mother, but it’s nothing short of a miracle that the boy was able to escape. At the end of the day, that boy is the hero who  saved his brother.”

What a remarkable little guy Kylen is for doing what had to be done. I imagine he was frightened. He was hungry and thirsty. He knew his brother had to be too. Who knows what drove him to climb from the car and seek help. Devine intervention perhaps? We’ll never know. Whatever it was, the ending of this story is a miracle.