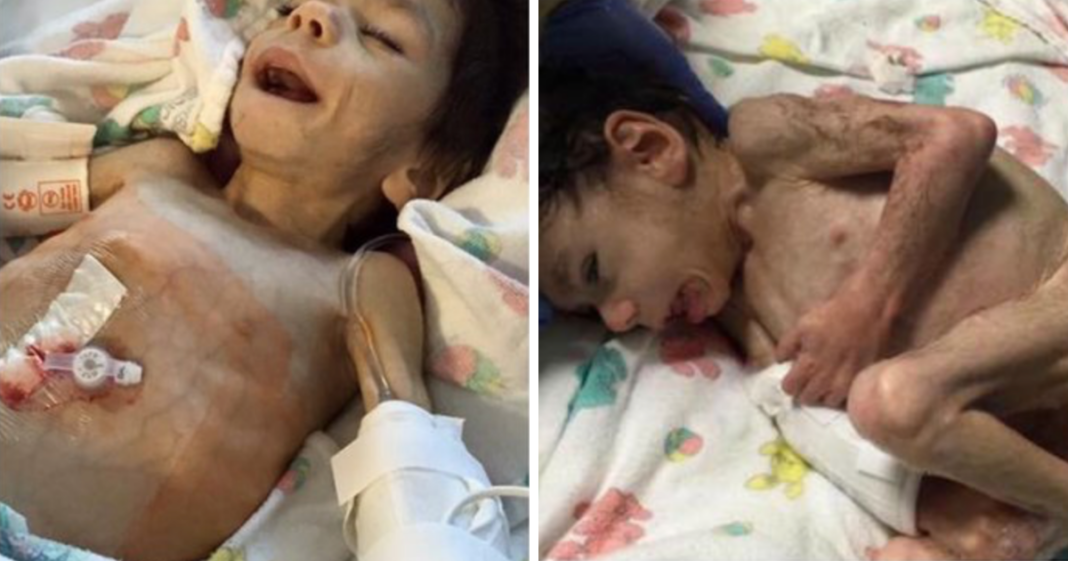 An amazing mom from Tennessee shares her story on Saving Baby Ryan, a Facebook page that tells the story of a malnourished 6-year-old boy from Bulgaria. Priscilla Morse was scrolling through her own Facebook feed when she came across his picture from an adoption agency. It changed her life forever. Now she hopes to encourage other prospective parents to adopt special needs children or to help the families who take on the challenges.

The child was barely alive, emaciated and covered in hair, the result of years of neglect. While this might discourage many people from considering adoption, not Morse. She instantly realized he was to be her son, and she was ready for whatever she and her family would face.

“I don’t know how to describe it, but you look at them and you just know,” Morse told TODAY Parents.

“We had decided long ago that if we were going to adopt, it was going to be the kids no one was coming for — kids in Third World countries who are locked away in orphanages.” 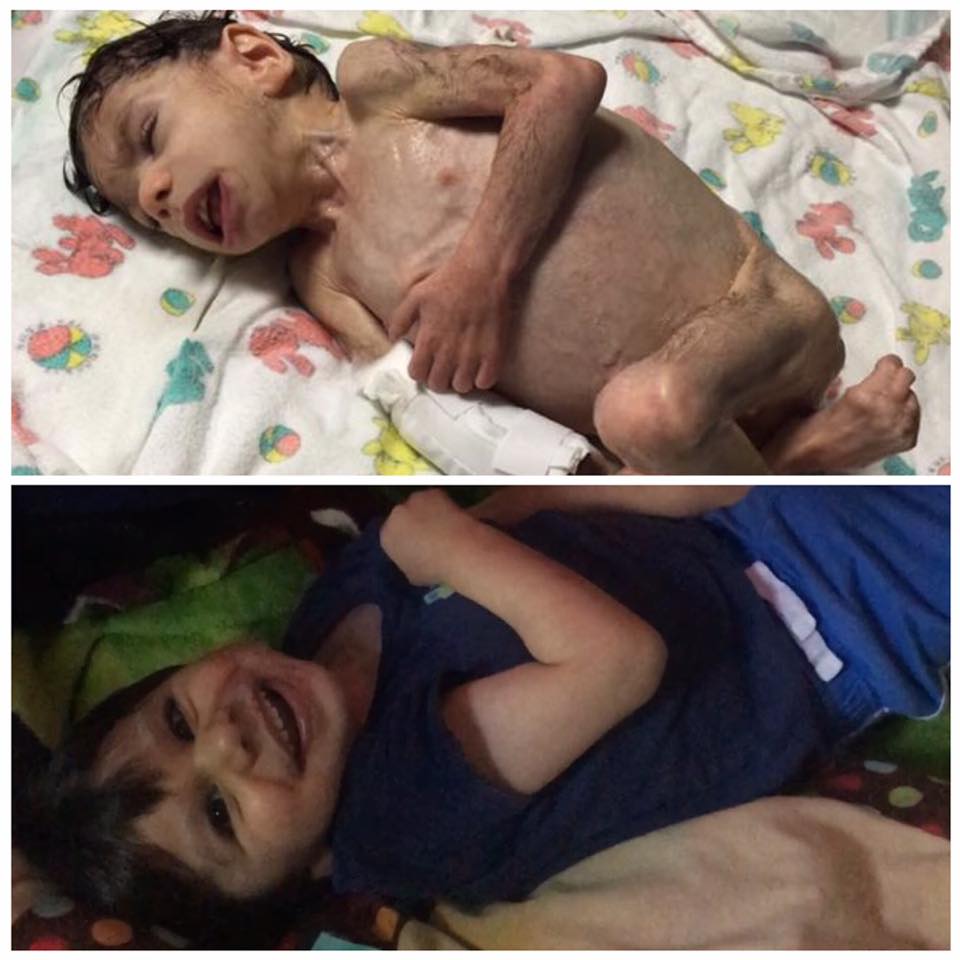 Morse, with the full support of her husband, began adoption proceedings in 2014. The next year, she was ready to travel to Bulgaria to see the boy she would name Ryan. He was age seven but remained the size of a toddler, with a wide range of serious medical issues: scoliosis, cerebral palsy, club feet, and microcephaly.

Morse was shocked by Ryan’s condition.

“When I first met him, he looked like a skeleton…I was shocked — it took two or three visits to the orphanage before I got over the shock of how emaciated he was,” said Morse. “He was barely alive.” 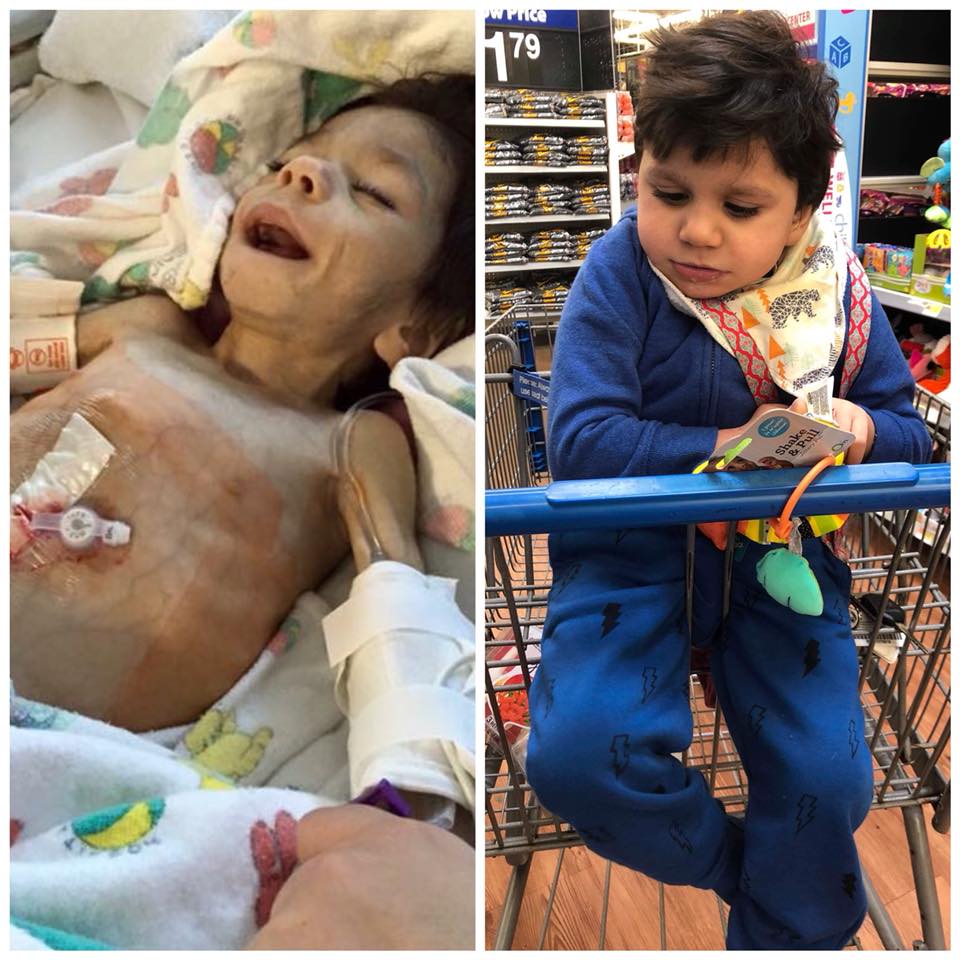 “He was smaller than my sons were at birth, and he was 7 years old. He weighed 8 pounds. He was covered in hair because he was starving to death. His teeth were rotted out, my index finger was the same size as his thigh,” she wrote on Facebook.

This was the first time I ever held Ryan. He and Priscilla had just arrived at the Nashville Airport. They were both…

Upon return to the US, Ryan would see a team of doctors, some of whom started to cry when they saw him.

“They all said there was no way that this kid should still have been alive,” said Morse.

“The doctors didn’t know how to help him. They came in his room and just cried and apologized and promised to try.”

Nevertheless, Ryan has made a miraculous recovery since arriving at home with the Morse family. They will do whatever it takes, knowing it will take years to overcome Ryan’s seven full years of neglect.

Morse knew at an early age that she would one day help orphans with special needs.

“I remember watching a 20/20 special about orphans with special needs in institutions in Romania. That night was the first time I ever saw my father cry. He’s the textbook definition of a tough guy, served in the army during Vietnam, and went on to become a professional boxer. Watching the strongest person you know weep over the plight of innocent children is enough to change you, or in my case alter your entire path in life. I looked at my dad, and I told him that when I grow up, I’m going to help those kids.”

Twenty years later, she had two biological sons but still had a place in her heart for helping special needs kids. Then she stumbled across a website where she spotted a three-year-old little girl in Russia who had Down syndrome and heart defects.

I showed her picture to my husband and matter of factly said: “that’s our daughter, we need to go get her out of there.”

To pay for the adoption fee, she raised thousands of dollars by making crafts. The work paid off and she brought home her third child, McKenzie, who flourished in her care. Then one day she spotted Ryan. After working her hands to the point she needed surgery, she raised the funds again and went to Bulgaria. The rest is history.

Today, Ryan is beloved by his family. He has made astonishing advances, although there will be challenges for the rest of his life.

“He has had several surgeries and will continue to need surgery his entire life.”

“He will never walk, but he is the most amazing child I have ever had the pleasure of knowing and it’s an absolute honor to be his mother.”

The family continued to adopt children with special needs, and today this special family of six children couldn’t be happier together, even as crazy as and challenging as it can be sometimes.

“Life with six kids, four with significant special needs, and it is crazy! We wouldn’t change it for the world, I know my adopted children would not be alive today if we had said no, this is too hard, this is too much.”

“A big part of love is sacrifice, and they are worth every sacrifice we make.”

Ryan will be eleven years old this year and is happy in his amazing family. This is one family that has really touched our hearts. You can follow them at Saving Baby Ryan on Facebook.

William and Ryan hanging out on their play mat. It’s hard to believe that William is 9 months old and Ryan will be turning 11 years old in June. #brotherlylove

See more from Inside Edition and CNN below: