He Starts Praying After Pregnant Wife Has Aneurysm. Then He Sees Screen, Knows It’s A Miracle 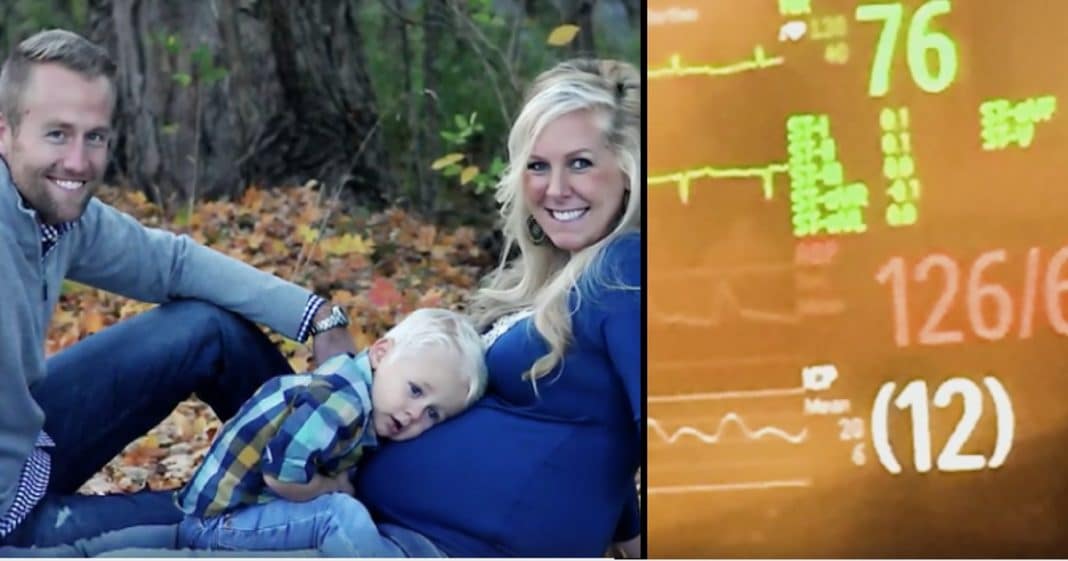 Life truly can change in a split second. All that we think is normal and under our control is only a myth. When things do go suddenly wrong, we all have to find that strength to carry on from somewhere.

Even atheists have been known to start praying if their plane is going down because deep inside they know there is something way bigger than them that can save them from their predicament.

Nate Weaver and his wife, Anna, are not atheists. They love the Lord and trust Him with their lives.

All seemed to be going well as they prepared to go out for a bike ride one Saturday morning. Anna was 26 weeks pregnant and the couple was looking forward to welcoming their second child.

All of a sudden, Anna got a severe headache. They thought it was just a migraine – Anna had migraines when she was pregnant with their first child, 2 1/2-year-old Becklyn – so Nate went to get her some Tylenol.

However, when he got back and saw that Anna was now vomiting and had collapsed on the bathroom floor, he knew this was more than a migraine and that his wife was in serious condition. Nate called 911 and Anna was rushed to the hospital. There they discovered she’d had an aneurysm.

As his wife fought for her life, Nate did something in the moment of panic at the hospital that he believes saved his wife’s life. He picked up his phone and wrote a Facebook post about what had happened, asking all prayer warriors to “please pray to the God of miracles that my wife, best friend, lover, and soul mate will be restored to full health.”

It didn’t take long for Nate to get the answer to those prayers.

Anna had emergency surgery that went well, but complications came up that caused the pressure in her brain to rise to dangerous levels. Normal pressure is between 10 and 15, but Anna’s was fluctuating between 16 and 20. She was at risk for stroke.

Nate again started praying. This time he specifically asked God to show him a 12 count on the monitor to indicate that God was hearing his prayer and that He would save his wife.

Just seconds later, Nate looked up at the monitor and saw a 12. It was at the moment that he knew the God of the universe had not only heard his prayer but that his wife and childs’ lives would be spared.

“Words can’t describe the feeling I had after that,” Nate said about seeing the 12 on the screen, “just knowing that the Creator of the universe that literally holds the matter of the universe together, that huge, powerful God was right there in that room with me.”

Within the week, Anna’s brain pressure had stabilized enough that she was released from the hospital. Thirteen weeks later their healthy baby boy, Hudson, was born.

The family knows that Anna and Hudson being here today is truly miraculous. Anna wants everyone to know that “prayer truly does work.”

“I don’t doubt at all that everyone’s prayers had a direct impact on how I turned out and how completely healed I am,” she said.

Do you believe in the power of prayer? So share this!