She Spots Walmart Employee Walking Down Isle With Blind Man, Takes 1 Look At His Hand And Snaps Photo 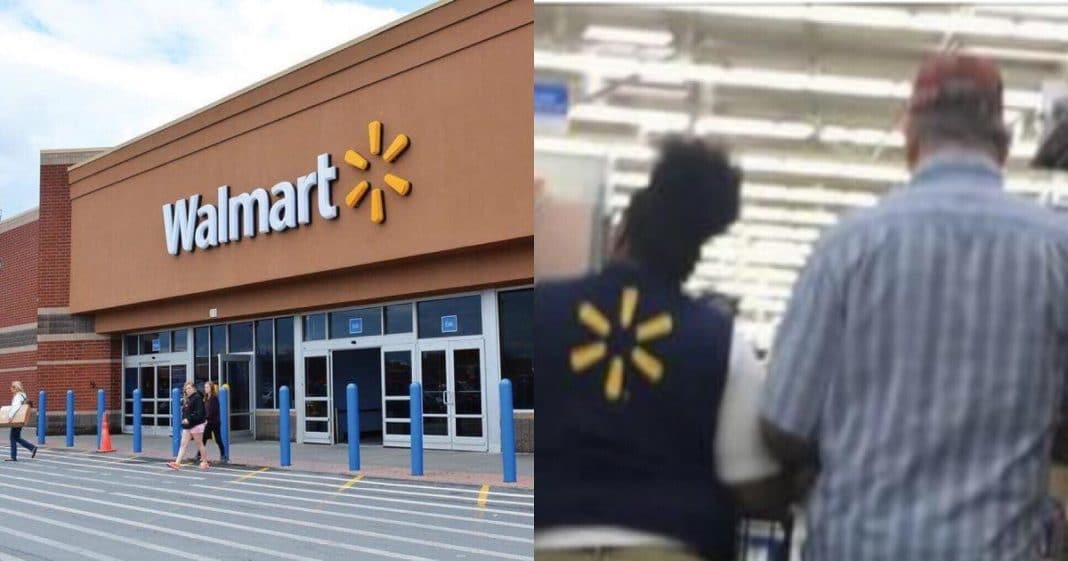 Whenever you shop, your experience should always be a pleasant one. Ultimately, this isn’t always the case. Depending on where and when you head to the store, you encounter people who are in a hurry like you and I and just want to pick up their items and leave.

With their mobile devices/shopping lists out, most shoppers are so intent on gathering their items; they might not notice a fellow customer needing assistance.

Some stores, like Walmart, catch a great deal of flack for the random confrontations and fights that occur within its aisles. Despite the videos and posts on social media involving the superstore, this one particular story has gone viral for all the right reasons. It’s showcasing Walmart’s motto: “Bringing value to customers and communities around the world.”

Facebook user, Meghann Shaw from Biloxi, Mississippi was at her local Walmart to pick up a prescription. While shopping, she noticed a blind man holding the hand of an employee. The two were strolling down an aisle; the employee was shopping for the man.

“I was amazed. The first thing that came to my mind was how sweet it was,” Meghann said.

The woman escorted the man through the store: “With all the hate in the world she gave love,” Meghann said. “Without the man seeing her, she showed him pure compassion and love.

Meghann decided to take a photo of the two and post it on social media. The image soon reached over 31,000 viewers.

I've been trying to place the right words into this post for a little while now. Yesterday afternoon, I had to go to…

Many with disabilities commented on the photo, showing their appreciation for Walmart employees who take the time to assist them.

“I am also blind and whenever I go to Walmart I stop at the service desk and ask for a shopping assistant,” a person wrote. “Thank you to those who take the time to help me as well as others who  may need it.”

Another wrote: “As a visually impaired person I have had help a [many of times] from Walmart  Associates … I [thank] God for the employees who work there.”

Meghann’s photo made a clear statement: “Be the change you wish to see in the world.”

If only people would take this phrase to heart; there would be less complaining and grumbling. If others became proactive and observant, their eyes would be opened to those in need around them.