Steve Harvey Sees What Elderly Woman In Audience Is Wearing, So Shocked He Walks Off Stage 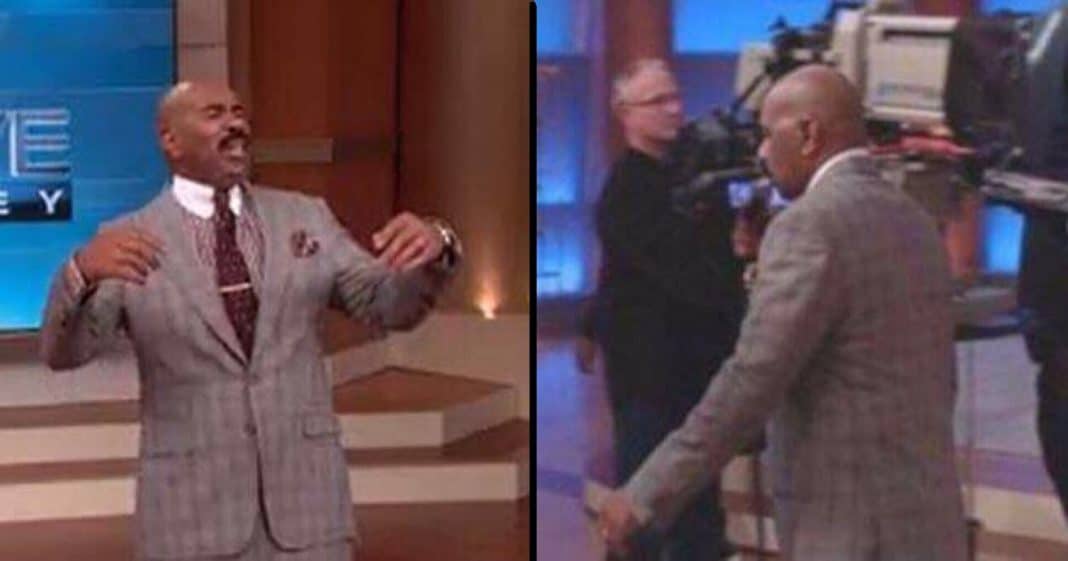 It is no secret that some people just have really good genes. Somehow, these people miss out on the aging and wrinkling that comes with getting older. They are no strangers to the, “No way!” or “You do not look that old!” remarks that inevitably follow them wherever they go.

I, myself, have been a witness to this with my own mother who is 47-years-old but always passes as my older sister. Whenever we go out together in public and I refer to her as “mom,” heads quickly turn with a “Did you just call that woman your mom?” look on their faces. It never gets old.

One celebrity had a moment like this for himself recently. Talk show hosts meet so many different people throughout their careers, but very rarely does a guest literally send them running off stage.

Steve Harvey was walking out at the start of his show when one guest caught his attention. Ms. Nelson was celebrating her birthday by coming out to see Steve Harvey’s talk show live. On her head was a crown and across her chest rested a birthday sash.

This was all normal, until he actually read the age on her sash – 100. Steve Harvey could not make sense of the age that this elderly woman was boldly proclaiming, as she could easily pass for at least 40 years younger. He had to step to the back to regain his composure.

Ms. Nelson was flattered by his remarks. The two began some subtle flirting and exchanged a few laughs, revealing her mouth full of beautiful, straight teeth.

This woman truly does not look her age, and I’m sure Steve Harvey made her day by acknowledging it so kindly during her time on his show.

“God bless this amazing woman,” one viewer commented on YouTube, according to Opposing Views. “She looks the same age as my grandma who is 75! Thank God this beautiful woman can talk, walk, laugh, smile and in Jesus name live another 100 years.”

It is an absolute blessing that Ms. Nelson has not only lived long enough to see 100-years-old, but that she was able to spend her birthday doing something so unforgettable.

Happy belated birthday, Ms. Nelson. We do hope you would be kind of enough to share your secrets with us!

You can watch the jaw-dropping interaction below.