Soldier Sent Home For Birth Of Daughter. Walks In Door And Immediately Freezes 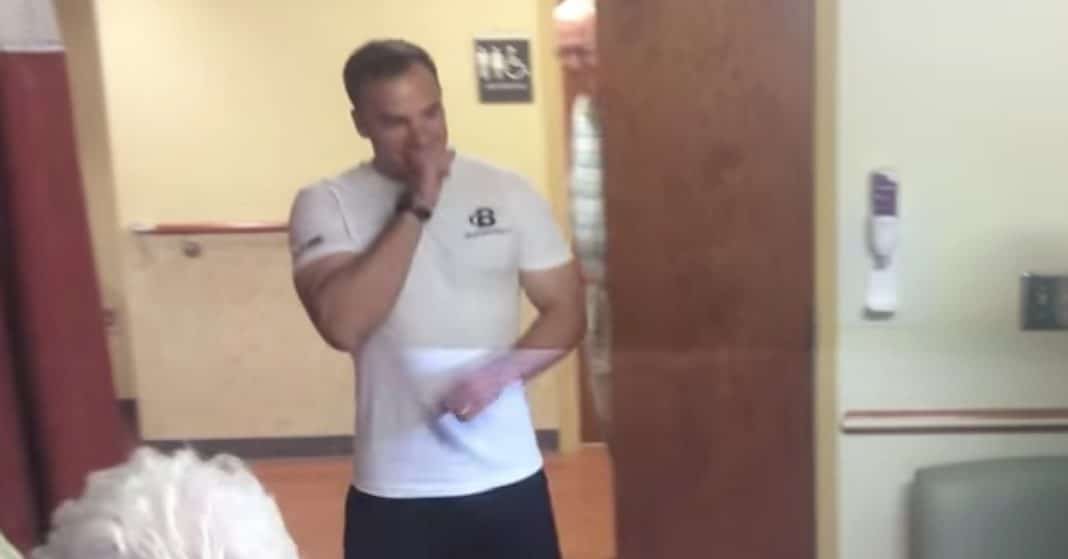 There is so much to look forward to during a pregnancy. Every day of every month slowly leads up to the anticipated arrival of your new blessing and each milestone of the journey is more heartwarming and special than the last.

The joy of discovering you are pregnant is overpowered by the excitement of finding out the gender which is then consumed by the inexplicable feeling of experiencing your baby’s first kick and the sweet, comforting sound of hearing your baby’s heartbeat.

Even still, those nine months of pregnancy are just stepping stones to the grand finale of childbirth.

Not having your loved ones by your side during those euphoric moments can be quite disappointing. This had become a reality for Chelsea Osborne whose husband, First Lieutenant Jake Osborne, had been sent off to a long deployment in Afghanistan just a few weeks after they learned she was pregnant. Chelsea had cradled her pregnant belly in her arms as she watched him leave, taking a part of her heart with him.

As the time got closer and closer to her due date, Jake became more and more unsure whether he would actually be able to make it back home to witness the delivery. Missing the significant occurrences along the way was hard enough, but being absent for the first minutes of his daughter’s life would be even harder to bear.

Thankfully, Jake’s commander came to him one day and brought him the news he had been waiting to hear for a while: he would finally be going home on leave. To say he was ecstatic would probably be an understatement!

Two days later, Jake was in the airport waiting for his flight home when he got the call that his daughter had been born and she was everything he could have hoped for.

“Chelsea has been joking with me this entire time that I’ve been gone, saying that she didn’t think it had really set in with me that we were about to have a baby,” Osborne expressed.

The moment Jake walked into the hospital room and saw his wife and their newborn baby, he knew he had underestimated how prepared he was. No amount of time or thought could have really prepared him for how truly amazing that moment was. He stood in the doorway frozen, unable to say a word or close his jaw.

“She’ll bring a grown man to his knees,” said the soldier, totally smitten with daughter Paisley.

What a beautiful reunion! Congratulations on the new addition to your family, Jake and Chelsea! We wish you many more special moments like this one!

Were you as touched by this sweet reunion as we were? So share this!