Soldier Confused When He Says It’s Her Seat. Then Stranger Stands Up, Leaves Them Both Speechless 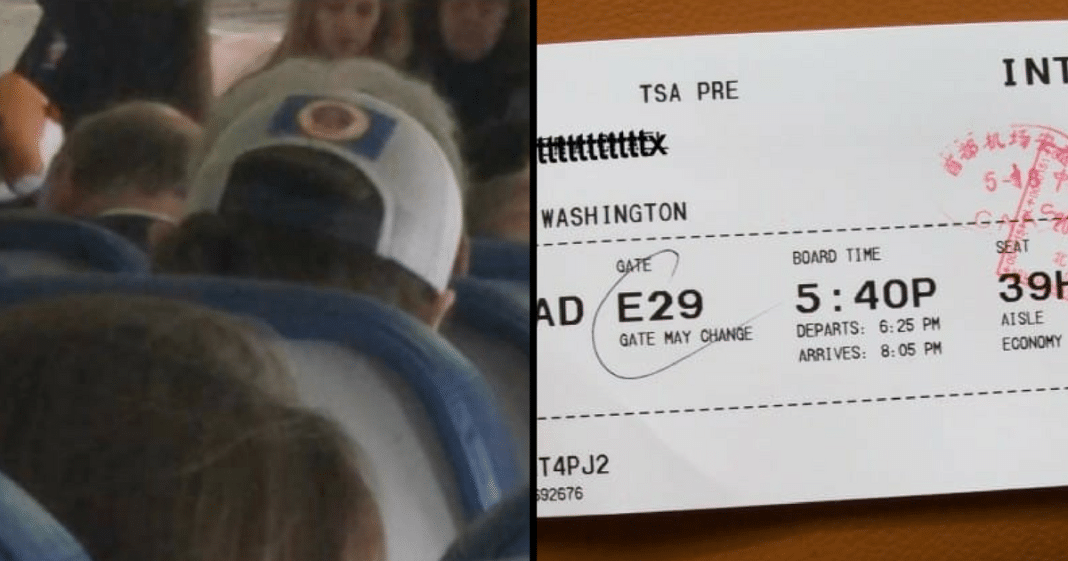 Service members sacrifice so much for our country so we can remain free and live as we choose. That’s what’s so wonderful about being American and living here. We must not take for granted all the freedoms we have, freedoms that others in our world don’t share or are prohibited from expressing.

Those in the armed forces are first to step forward and put their lives on the line to guard these rights we hold so dear. We ought to appreciate our military for all they’ve done for us. One man on a recent flight did this very thing.

It’s customary to allow members of the armed forces to board flights before anyone else. However, one passenger didn’t think this was a good enough reward for those who wear the uniform. He took his gratitude one step further by giving his seat to a woman wearing the red, white, and blue.

All first class passengers had finished boarding when the man stood and told the woman he was sitting in her rightful seat. Confused, the soldier didn’t know how to respond. Soon, though, her bewilderment turned into gratitude when she realized what the kind man had done.

One selfless gesture deserves another. Fellow passenger Jessica Titus observed the man giving up his seat and was touched by what he had done. She offered him money for snacks and beverages, but the man declined – he didn’t need to receive a reward for his good deed.

If we all did one good deed each day, think of what a difference these kind acts would do for our world. People would be happier, kinder, more thoughtful, and more considerate of others. And, of course, thankful.

Have you done your good deed today?

Were you touched by what this man did for the woman in uniform? So share this!