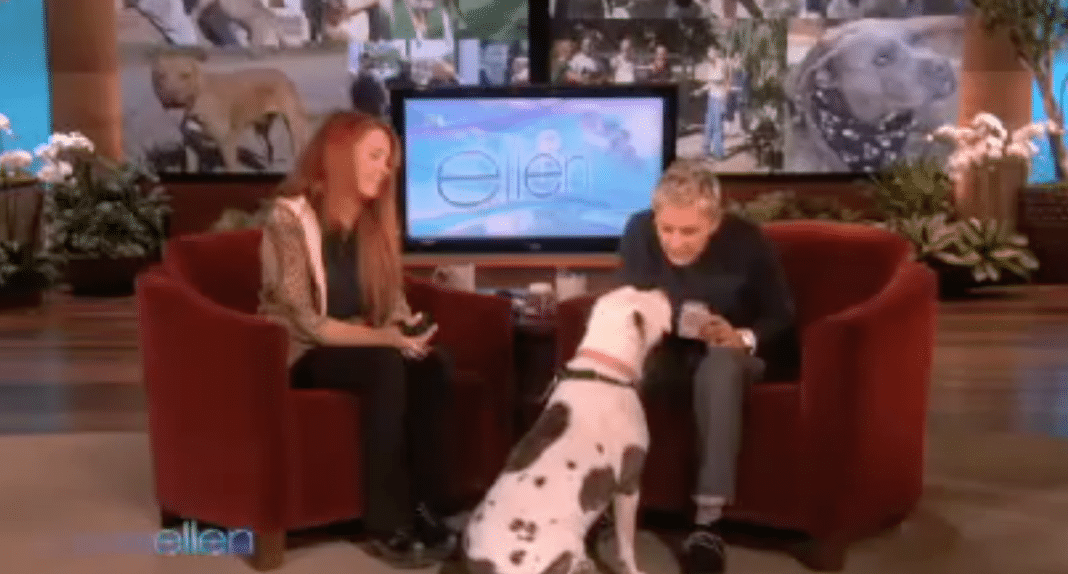 Tia Torres of the popular Animal Planet show, Pit Bulls & Parolees, appeared on Ellen to talk about her favorite dogs. Torres pairs up pit bulls, which she notes are “the most maligned breed in the world” with the newly-released convicts. They teach each other kindness, compassion, and love, and help rehabilitate each other.

The American Pit Bull terrier gets a bad rap in the media, although the breed actually tends to love people and was once known as the “nanny dogs” for their gentle nature with children. Although they aren’t always great with other animals, they aren’t inherently more dangerous than other breeds of dogs.

“Pitties” can, unfortunately, be a choice for irresponsible breeders who want to fight the dogs or to own a dog that looks tough, but this certainly isn’t the dog’s fault. These bad owners train them to become aggressive and vicious, and that has ruined the whole breed’s reputation.

What’s worse, they are among the most frequently abused, tortured, abandoned, and euthanized breed in the United States. The stigma from sensationalized stories in the media makes adoption for these dogs much more difficult.

Fortunately, people like Tia Torres are helping turn around the misconceptions about the breed in the media, as well as helping the dogs find homes. She receives hundreds of calls in one week to help pit bulls, but there aren’t as many homes ready to take them.

“We get hundreds of calls a week to take them,” says Torres “But the outtake number is quite a lot less. The show has helped tremendously.”

That’s when Ellen is introduced to Snorkie the 9-year old pit bull, a white and grey-splotched loveable tail-wagging dog found on Christmas morning “in the pouring rain on Hollywood Boulevard.”

When concerned motorists stop their car to check on him, he jumped right in the car, and they, fortunately, brought him in to see Tia.

Snorkie gave Ellen his undivided attention from the moment he realized Ellen has a package of treats. He patiently waited and sat down in front of her as she talked about the dogs.

“That’s going to get you adopted,” says Ellen.

The audience was laughing hysterically as Snorkie gave Ellen a patient gaze.

It’s easy to see why so many people love pit bulls, watching Snorkie and Ellen.