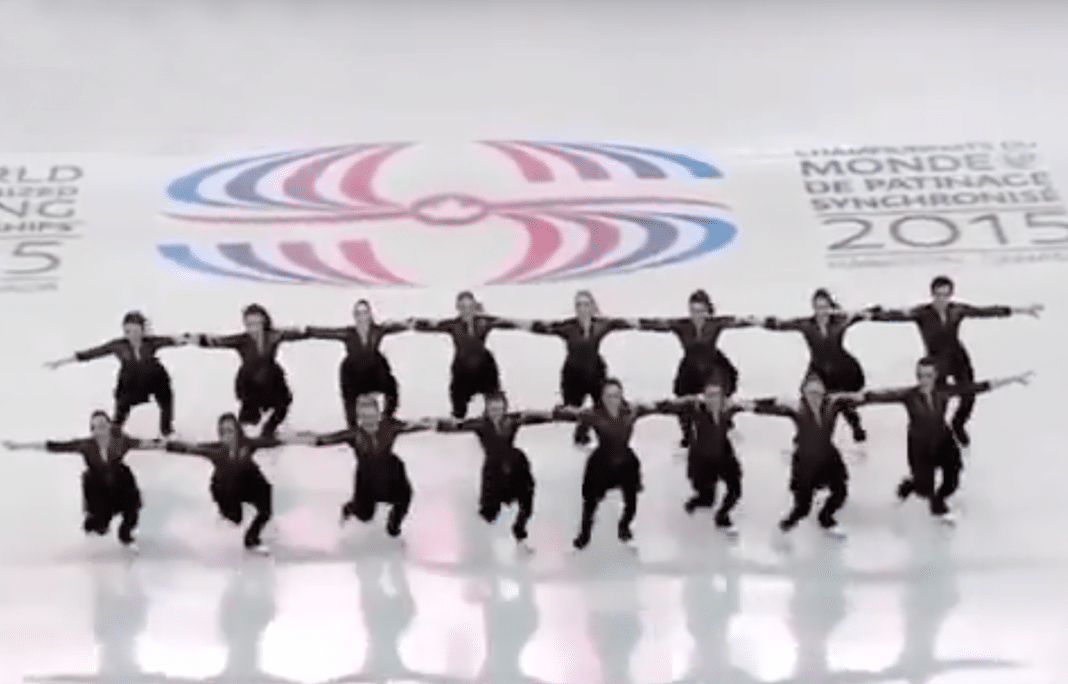 There are few sports that take the synchronization, spacing, speed, and strength of synchronized skating. Imagine taking one figure skater, Michelle Kwan and multiplying her by twenty, all performing in perfect unison on the ice. If you’ve ever taken one step onto the ice wearing skates, you know how hard it is to merely balance, much less perform precise almost surgical maneuvers with a smile on your face.

Despite being an established sport from the 1950s overseen by the U.S. Figure Skating organization, synchronized skating is still struggling to become an Olympic sport. One reason appears to be due to the high cost of housing all those athletes along with their coaches and staff. The sport is still relatively unknown outside the skating world, but when you see the performance below, you’ll understand how amazing it really is. It takes nerves of steel, absolute control, teamwork, and confidence, all while flying by at breakneck speeds, perfectly balanced on the ice. 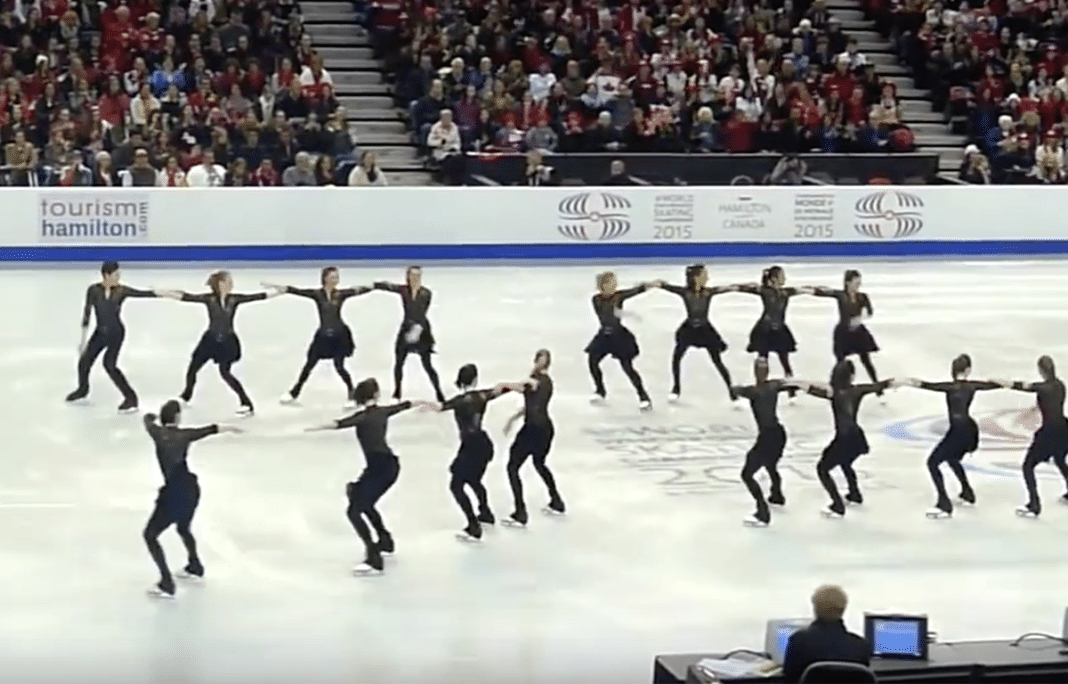 At the 2015 ISU World Synchronized Skating Championships, Team Canada and a team called NEXXICE from Burlington, Ontario left a crowd of over 7,600 fans in awe. They were crowned world champions out of 20 countries that participated.

The Canadian skaters had the home advantage, receiving roaring applause you’d probably expect from a football game, but maybe not for ice skating.

‘’It was incredible, the crowd showed us so much love,’’ said skater, Laura Désilets.

“We didn’t feel any added pressure being in Canada. We were really pleased with both our programs and we achieved our goals for this season.’’ 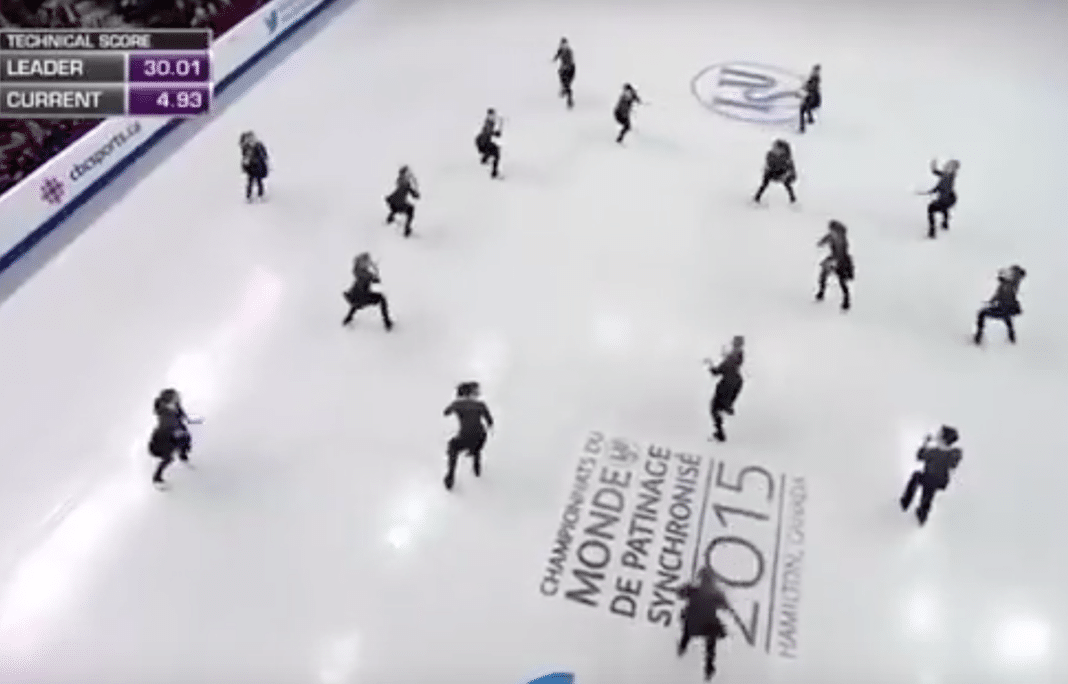 During the Short Program, Nexxice put on a show that wowed the crowd, performing at a level of astounding synchronicity. Just one tiny slip-up could be disastrous, but they put years of hard work and practice into motion on the ice. At the same time, it’s clear they were having a great time and enjoying every moment of it.

In all, sixteen skaters performed as if they were one, narrowly missing each other as they crisscrossed the ice. They started in formation and had the crowd excited from the start, but then the music changed, and the people in the stands just lost it. It was like they were country line dancing, only at a whole new level of mind-boggling difficulty.

After watching this performance, ask yourself if synchronized skating should be featured in the 2022 Winter Olympics in Beijing, China. We think it should!

Below is Team Canada’s winning performance to Rhapsody in Blue: