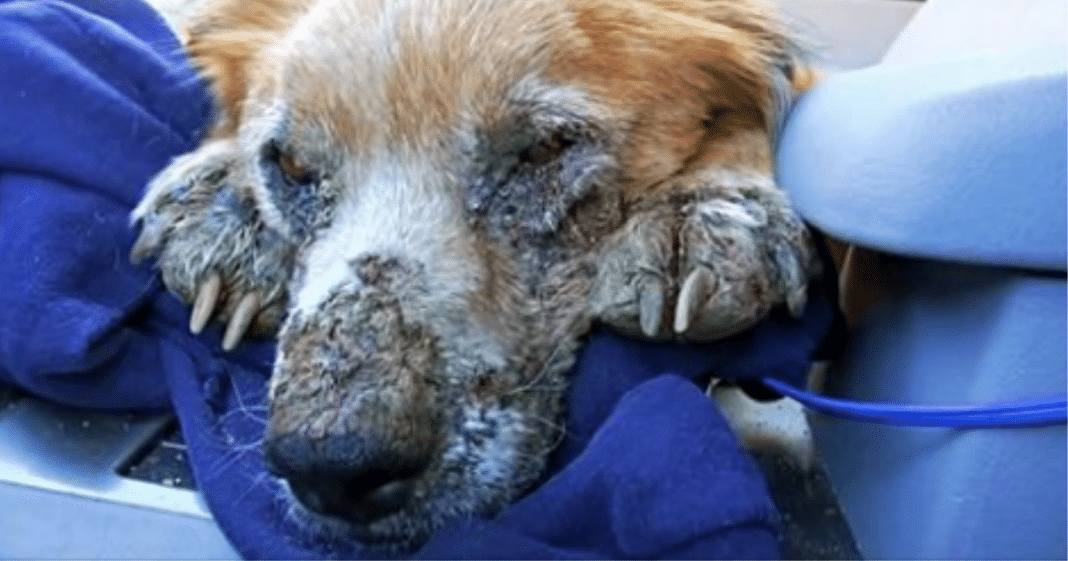 A poor, sick, homeless pooch who sat stranded and alone at the U.S-Mexico Border was just waiting to die.

That is until some kind folks at Hope For Paws came to the rescue after receiving a call about the animal’s situation. It was then they knew that had to spring into action before it was too late. The dog was in desperate need of immediate medical care and would not survive without their help. 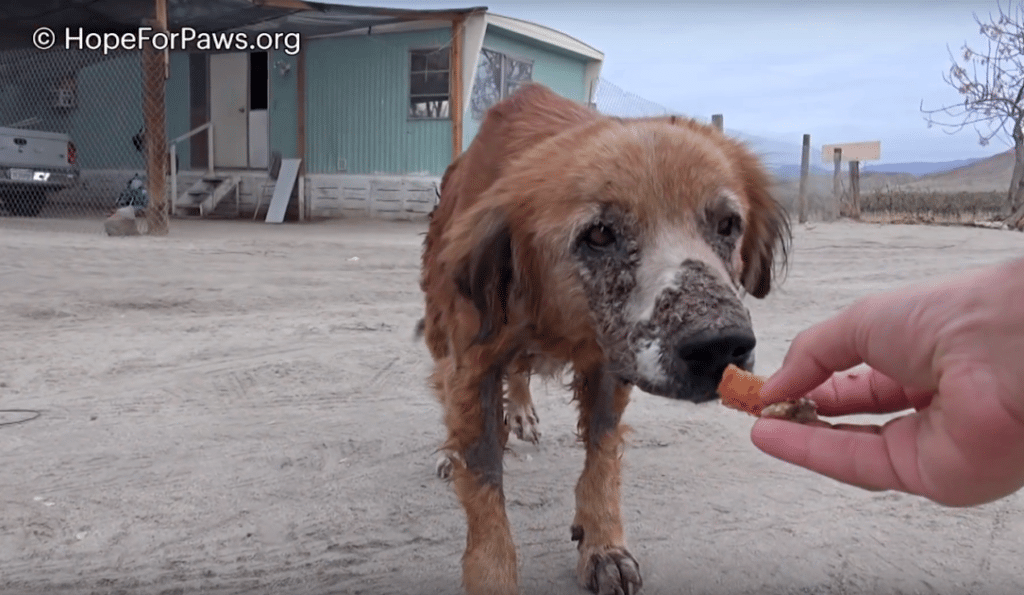 So the rescuers made their way to the border to see what they could do to save the pooch. The man who contacted them let them know that the dog had taken quite a liking to his own pups. But while the man would do everything he could to make sure the homeless dog was fed, the animal desperately needed medical care. The rescuers used food to coax the pup into their vehicle. 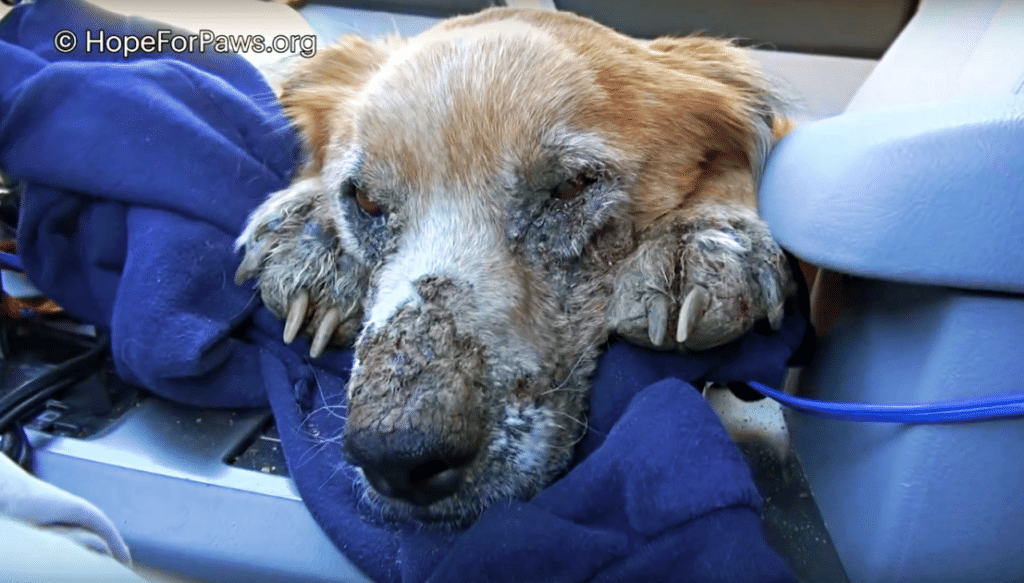 His rescuers eventually gave the Dog a brand new name. He is now known as Pax.

Pax was grateful for the care he received and did not put up a fight as he was taken into the car. He knew that help had finally arrived.

He instinctively knew that these good people were there to help him and Pax was immediately taken to a nearby animal hospital.

The pup had a wide range of ailments that required treatment. Pax was suffering from a litany of issues and the technicians set about the challenge of treating his open wounds, mange, and infections.

The infections had spread to his skin, ears, and eyes, thus causing the animal a great deal of pain. The pup was fully cooperative during his treatment.

Pax was given a medical bath, which gave much-needed relief to his skin. It had been a long time since anyone had taken the time to help this dog, that is if he ever had someone in his life to do so.

Hope For Paws did everything they could to assist Pax, and from there, The Forgotten Dog Foundation took the baton. His wounds were now fully healed, and Pax was situated in the perfect forever home. 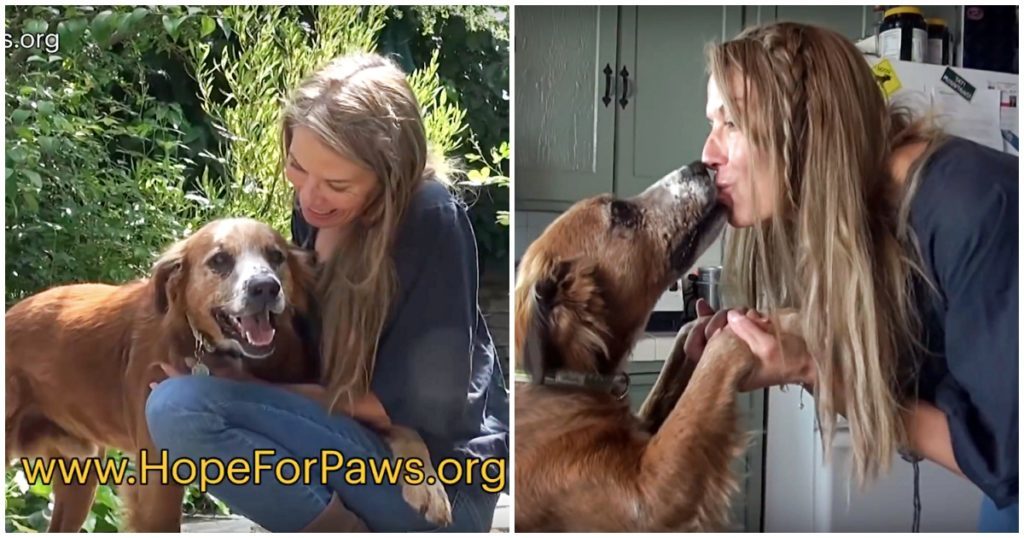 Don’t you just love happy endings? This is one of the most incredible transformations that we’ve ever seen. If you enjoyed this lovely story as much as we did, please be sure to share it with your friends and family. And let’s all do our part to raise awareness about dogs and other poor animals who find themselves in these types of situations.