She’s Confused When Cop Pulls Bag Out Of Car, Breaks Down Sobbing When She Sees What’s Inside 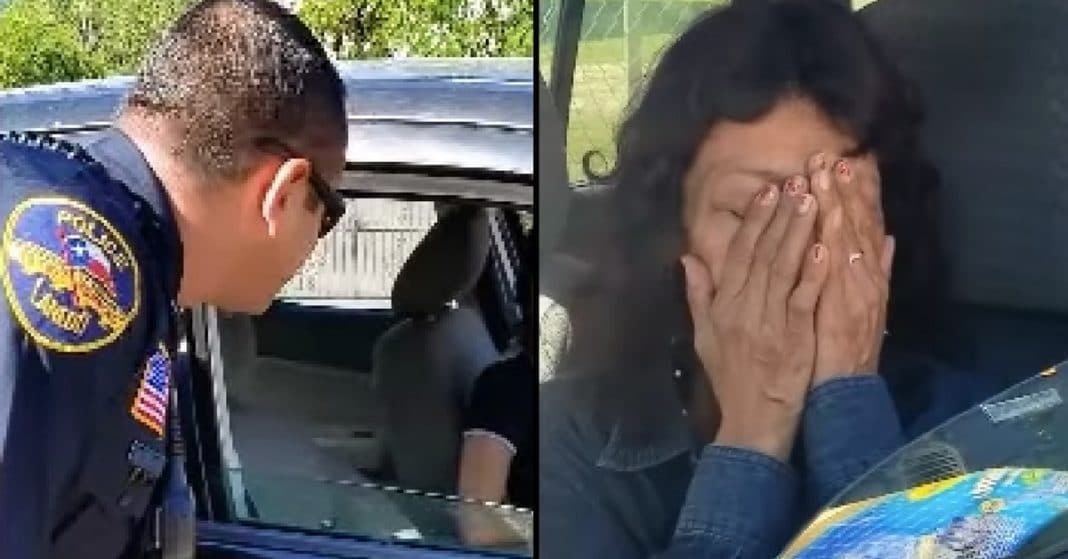 Seeing the lights of a police car flashing in your rearview mirror can send your stomach plummeting to your toes. Getting pulled over and receiving a ticket or even a citation for a traffic violation can make anyone anxious.

As unpleasant as receiving a ticket is, officers are just doing their jobs to maintain order and keep the peace. I’m sure they dislike writing tickets, but doing so is part of the job.

But what if you were pulled over and you knew you made a mistake, but instead of a ticket, the officer had a gift for you?

Folks who were pulled over in Laredo, Texas, recently experienced this very thing.

In collaboration with Operation Peacemaker, a local nonprofit comprised of police officers, and an anonymous local business, the Laredo PD came up with the wonderful idea to distribute turkeys for the holiday season rather than traffic tickets.

Police officers pulled folks over for legitimate traffic stops, but instead of writing tickets, they gave the drivers a warning and something else unexpected – a holiday turkey.

“Humanity in the performance of one’s duty as an officer is first [and] foremost,” Chief Claudio Treviño explained. “The officers came up with the idea, and that commitment to the betterment and service to our community is what makes me proudest to be the head of such a dedicated and compassionate group of officers.”

Officers handed out a total of 25 turkeys in one day. The responses of the recipients were recorded on the officers’ body cameras and, as you can see, the drivers were both shocked and delighted to be handed this kind gift.

Police officers don’t always get recognition for their generous actions or good deeds. It’s great to see officers making the news for handing out these Thanksgiving birds for families to enjoy.

Were you touched by what the officers did for these drivers? So share this!