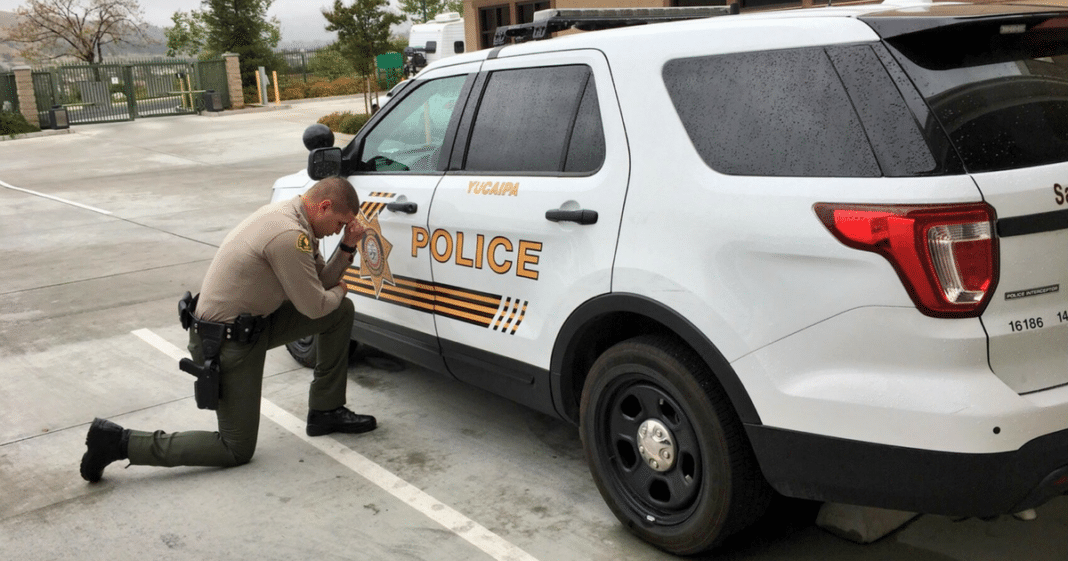 Today, our society is overly sensitive. We take issue with our fellow citizen’s political views, especially if they don’t match our own. Social media ostracizes those who don’t follow the “bandwagon” of public, and popular opinion, lashing out against those who dare disagree with the majority. We have rights to freely express ourselves and our views without fear of ridicule. That’s what the amendments of the United States guarantee. In reality, however, it’s not always the case.

I don’t share my opinions on social media. I’ve seen the nasty outcomes of friends and strangers who receive cruel remarks for their views from those considered “friends.” Though on social media, for many, the status is just a term when in reality, those making negative comments and the commenter are total strangers.

As you’ll see with this story, does a government page have the right to show an employee praying? Should we hold these accounts to a higher standard than personal accounts? You decide.

On May 1st, Yucaipa Police Deputy Wedge prepared for his shift. The San Bernardino County, California officer, was seen kneeling before his patrol vehicle. Hands folded and lips moving in silent prayer, Deputy Wedge later said he prayed for the safety of his partner and his community.

This morning we caught #YucaipaPD Deputy Wedge in the parking lot of the station. He was kneeling in front of his PD vehicle. Trying not to interrupt we snapped a photo. He politely shared that he was praying for his partners safety and the community. ??❤️?? pic.twitter.com/Snlvn3CKi1

The Yucaipa PD shared the image on social media someone from the department felt inclined to snap. “This morning we caught #YucaipaPD Deputy Wedge in the parking lot of the station. He was kneeling in front of his PD vehicle. Trying not to interrupt we snapped a photo. He politely shared that he was praying for his partner’s safety and the community.”

The majority of the department’s followers praised the photo. They showed their support with their comments for deputy Wedge thanking him for his prayers.

Some folks though, felt the post inappropriate. “I support his right to pray if he wishes, but I also feel this post is inappropriate for a government agency to be making,” wrote one Facebook user.

“You should not be publicly promoting a religion, any religion,” the commenter continued. “This is  not about being negative or hateful; it is just a fact.”

Others argued there should be a clear separation of church and state. Most people didn’t take issue with the image and caption.

“There are not enough prayers to be said for the thankless and dangerous job our men and woman do,”  said one Facebook user. “They respond when called, without regard of the political and religious beliefs of those calling.

Yucaipa Deputy Wedge takes a moment before his shift to pray for the safety of his partners and the communities they serve. ⚫️⚫️??⚫️⚫️

Posted by San Bernardino County Sheriff's Department on Tuesday, May 1, 2018

“And for that, I am so very thankful and appreciative.”

Most people took the photo for what it was: An officer preparing himself emotionally and spiritually for a shift that could bring unknown danger.

The officer’s example ought to be reciprocated, commented one woman on Twitter. “May we all take a  knee and pray for our peacemakers who CHOOSE to protect and serve,” she said.