Shelter Nurses Pig Back To Health And Adopts Her Out, Month Later Learn Pet’s Horrifying Fate 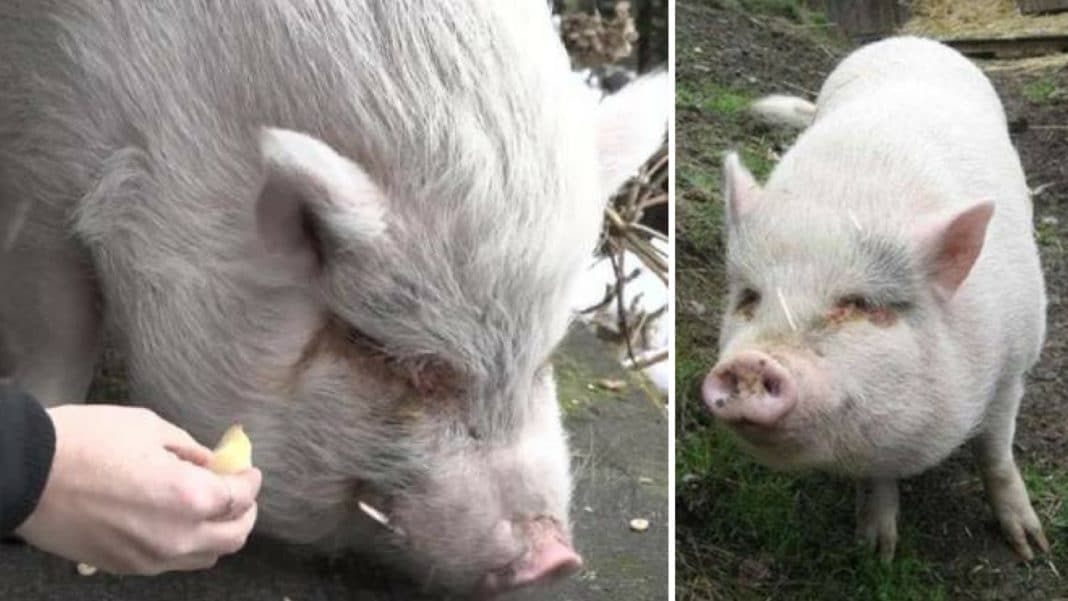 It goes without saying when you adopt an animal, any animal, you need to be fully aware of all the responsibilities that come with taking one into your home. There are financial, physical, and even emotional burdens you have to accept to allow your new pet to live a happy life.

One family from British Columbia, Canada adopted Molly the 3-year-old Vietnamese potbellied pig; poor Molly suffered a tough journey. Before her last adoption, she ended up at the BC SPCA’s Cowichan & District Branch as part of an animal cruelty case.

The staff at the shelter nursed Molly, restoring her to full health. She was later adopted by a local family on January 19th. The family had been screened and evaluated to ensure they were the perfect candidates for giving Molly the life of comfort and relaxation she deserved after enduring such a hard road.

Just one month after taking Molly home, the shelter learned with dismay and horror she had been slaughtered and eaten by the very people who agreed to love and care for her. This sad truth about Molly’s fate was learned by another pig owner, Brandee McKee.

Lorie Chortyk, the general manager of community relations for the BC SPCA, told GlobalNews.ca the rescue sent constables to the home to confirm that Molly had been killed. The constables learned that the pig had been humanely put down. This left the BSPCA little room for legal action.

“The reality is, it’s not illegal to kill your own animal in Canada. Someone can take a gun and shoot their dog in the head, and as long as the dog dies instantly, unfortunately, there’s no law against that,” Chortyk said.

Molly’s fate has caused outrage among those who cared for her at the shelter and with McKee as well. Why would a family agree to adopt the pig only to kill her? Why would they eat her instead of rehoming her when there are plenty of people willing to welcome her into their homes? The shelter staff thought they’d found the pig the perfect home.

“We would never adopt out an animal to be used for food,” Chortyk said. “So there’s quite a  thorough adoption matching and discussion and counseling and that kind of thing. So this was the whole focus of the adoption counseling. They said, ‘Yes, this was going to be a pet, going to live on a farm, this is what we’re doing. They actually, put in writing that, ‘No, I will never use this animal for food.’”

Why would a family go back on their word after agreeing, (in writing), they wouldn’t use Molly for food? They have been flagged in the rescue’s database to ensure they can never adopt an animal from them ever again: “I’ve been here 17 years, this is the first time I’ve ever heard of this happening,” Chortyk added.

According to McKee, Molly’s death shouldn’t’ be in vain. She hopes this horrible incident will inspire change in Canada’s animal cruelty laws.