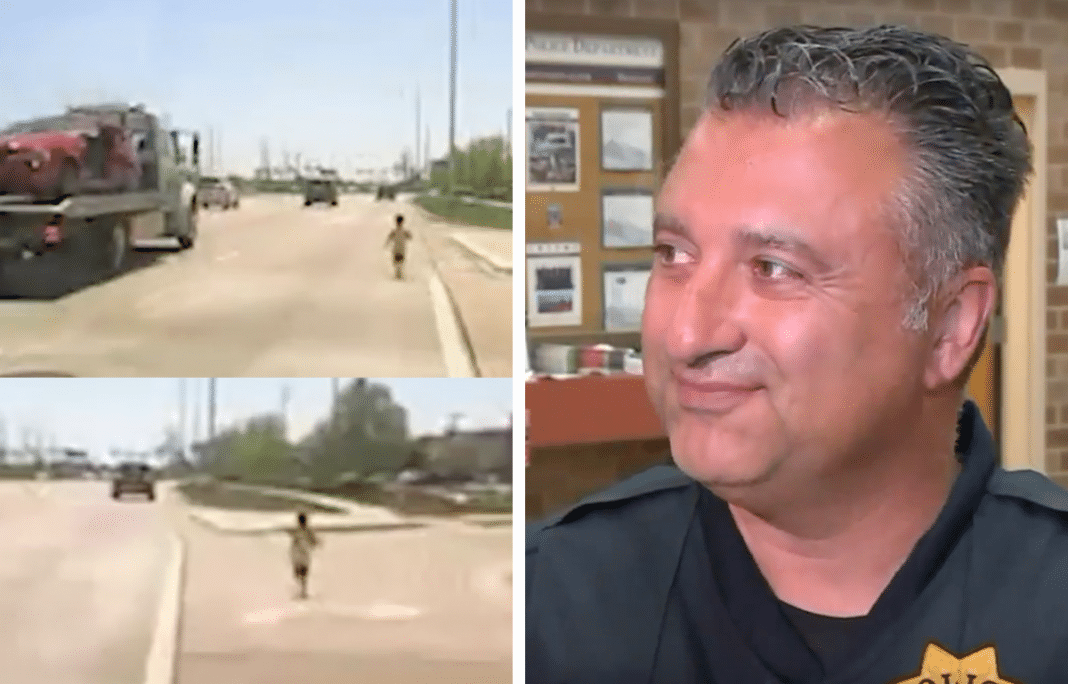 Sergeant Anthony Mannino was driving down a busy freeway in Naperville, Illinois at exactly the right time on June 12th. He spotted what he thought was a dog or wild animal starting to veer into the road, but as he got closer, it was actually a young boy. Trucks whizzed by just a few feet away.

Mannino acted fast, blocking off a lane of traffic with his vehicle and jumping out to run after the boy. He had just seconds to act.

“I did what any of my peers would have done,” Mannino said, “position that car, get out and quickly corral that kid before something bad would have happened.”

The dash-cam video is so shocking it seems unreal, but it really happened. The Naperville Police Department posted the video to Facebook, honoring the quick-thinking of sergeant Mannino.

Sergeant Receives Award for May Incident on Route 59

Last month, this youngster escaped his mother's watchful eye, left his house and was found by Sgt. Anthony Mannino running on Route 59! Luckily, no one was hurt, and we attribute that to Sgt. Mannino's observation while on patrol and quick reaction, placing his squad car and himself between the child and traffic. On June 7, Sgt. Mannino was presented the department's Life Saving Award. Well done, Sergeant.

Sergeant Mannino said the boy lived in a nearby house a couple blocks away. His mother was watching him at the time, but he managed to slip out, running straight for the busy road. She soon discovered he was missing and ran outside looking for him. Seeing lights from the police cars, she ran for them and fortunately discovered her son was safe in the sergeant’s arms. No charges were sought.

A father, his paternal instincts had kicked into action when he spotted the boy:

“I have twin boys, and there’s not a day that goes by where something bad happens, you always think of your own kids,” Mannino said.

Thanks to Mannino’s heroic actions, the story has a happy ending.