She Sees Man Throw Sack In River. When She Realizes What’s Inside Immediately Dives In After It 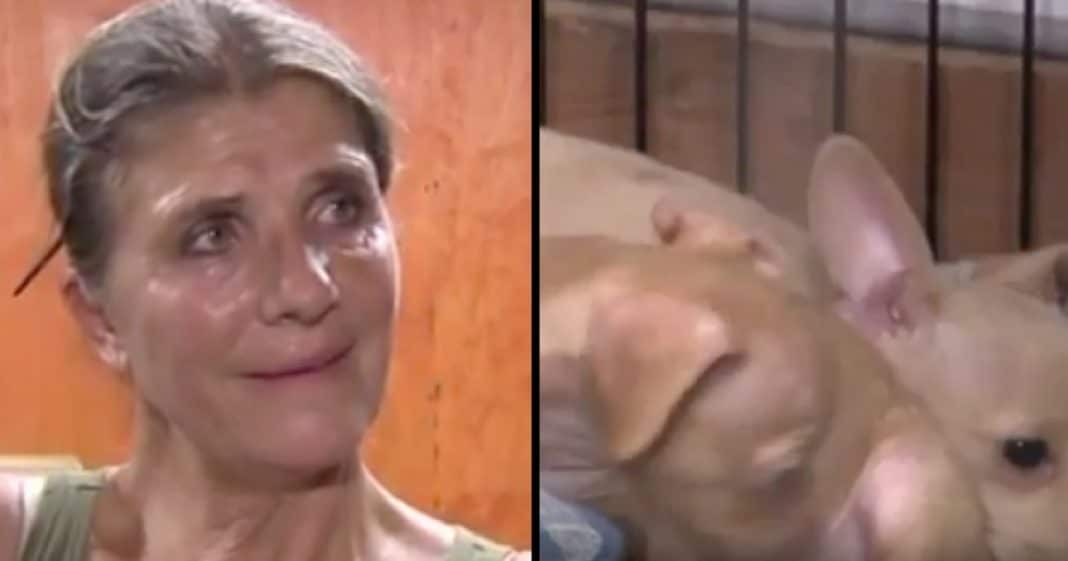 A Good Samaritan who wishes to remain anonymous watched as a stranger walked over to the Mokelumne River with a burlap sack and then hurled it through the air and into the water.

Right before the person tossed the bag in, the woman noticed that it was filled to the brim with tiny puppies.

She knew she couldn’t just sit back and watch this terrible drama from a distance, so she quickly dove into the water and heroically dragged the sack of six cream colored chihuahua puppies to land.

This brave act endangered her own life, as she was close to drowning, but amazingly she made it out alive. When she got to land she noticed one of the puppies wasn’t breathing so she performed CPR on it and thankfully the pup began breathing on his own again.

The incident was traumatic for all involved, but the 5-week-old puppies are slowly learning to trust again. Anna Charlesworth is a volunteer who is now fostering the puppies through an organization called Animal Friends Connection, a small cat and dog sanctuary located in Lodi, California. She detailed the progress these puppies have made since arriving:

“In the beginning they were traumatized but they are coming out of their shell,” she explained as she cuddled one of the pups.

Unfortunately, she said this isn’t the worst abuse she has ever seen. “This is nothing compared to the horror stories that are out there,” she said. “I just have to turn it off and not think about it.”

When you think about how heartless someone had to be to just discard these little ones in the river, it is enough to make you sick. It helps to remember that there are compassionate people like the anonymous Good Samaritan who rescued the puppies and foster mom Anna Charlesworth who go to great lengths to provide love and care to helpless animals that have fallen in harm’s way.

Watch this video, and see for yourself what a little love with a lot of bravery sprinkled in did to change the outcome for six puppies.

Were you amazed by what this Good Samaritan did to save these puppies? So share this!