She Sees Man Fling Something On Road, Screeches To A Halt When She Realizes It’s A Child 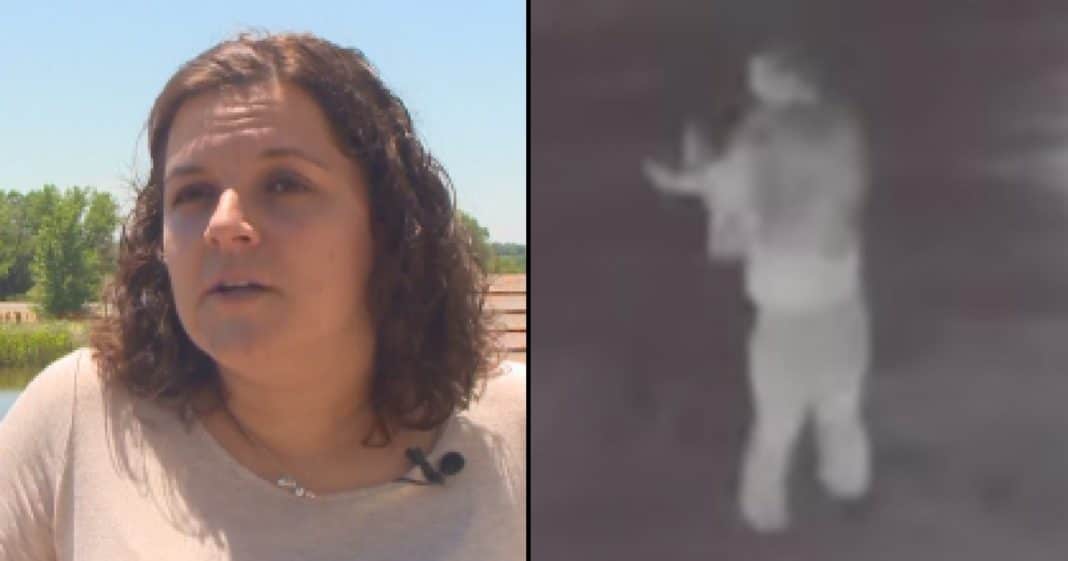 You never know when an ordinary evening out can turn on a dime. Tracy Willner of Colorado Springs, Colorado, knows this firsthand. On July 14, she was out and about with her family. Everything was routine and uneventful…until their vehicle approached a busy street corner.

Tracy noticed a man standing there, cradling something in his arms. She couldn’t see what he held, though she could tell something was wrong.

“I said, ‘Honey, slow down,’” Tracy recalled. “He’s about to throw something.”

The man did indeed hurl something right into the middle of traffic. Tracy initially thought it was an animal, but, to her horror, she noticed the figure struggle to its feet and realized the life in danger was a toddler’s.

The car in front of the Willner’s nearly struck the child. The Willners screeched to a halt in the middle of the road. Everyone piled out and rushed to the boy’s side.

Surveillance from a local business shows Bryant Jerel Hickcox, the man who threw the child, running away. Tracy’s husband chased him down and, with the help of two bystanders, subdued Hickcox, holding him until the police arrived.

Tracy took charge of the child. “I grabbed the baby, and I just held him,” she said. “He was soaking wet. He was crying. I’m just standing there in the rain holding the baby, screaming, ‘Someone call 911, someone call 911,’ because my phone was dead.”

The little boy turned out to be Hickcox’s cousin, Ben. Police records show that Hickcox called the little toddler “the devil” before tossing him in the road. When the police arrived at the scene, Hickcox disputed this by saying he’d “never do that,” but Ben’s family corroborated the findings by the police.

Ben’s father, Timothy Hickcox, wrote on Facebook: “My son’s drunken cousin kidnapped my son and threw him in front of driving cars in one of the most busiest roads in Colorado Springs.”

Timothy is relieved his son is safe and sound, and it’s all thanks to Willner and her family.

“We are so glad that Ben is well up and so thankful for that angel that held him while he was screaming for his mama,” Timothy wrote. “You are our hero, and wherever you are, I hope we find you and can only try to thank you.”

It’s unfortunate Ben suffered such abuse at the hands of someone who was supposed to love and care for him, but thankfully his life was spared. Hopefully, Ben won’t remember this experience and will have a healthy, happy upbringing without further traumatic events.

Do you think Tracy and her family are heroes for saving this young boy? So share this!