Scottish Mom Gives Birth To Twins, But When They Tell Her How Big They Are She Almost Faints 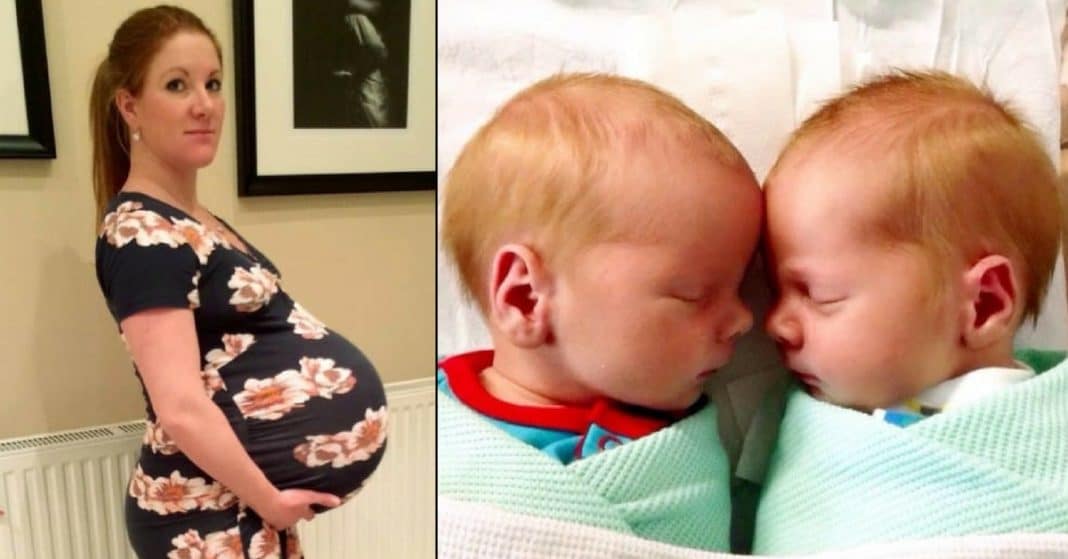 Welcoming a new addition to the family is a joyous occasion. Babies bring a smile to even the grumpiest among us.

They’re sweet and innocent and such a delight to hold and cuddle. It’s a wonder to watch them grow and develop before our eyes.

When a couple has twins, they’re double the love, fun, and – eventually – the trouble!

Alana and Paul Merrie both have twins in their families, so when they found out they were expecting, they knew there was a good possibility Alana would also be carrying twins.

“My dad had brothers who were twins, and there are twins on my mum’s side as well,” said the mother from Edinburgh, Scotland.

Soon they learned the exciting news – she was indeed carrying twin boys!

“The scans said they were good sizes, and the midwives told me they were growing well,” Alanna said.

She just didn’t realize how well.

Alana and Paul looked forward to the arrival their new additions. As Alana’s pregnancy progressed, her belly grew and grew. Soon, even strangers were commenting on the size of her baby bump.

“I did have a huge bump,” she said, “and total strangers kept coming up to me, asking whether I was going to give birth on the spot, as I was that big.”

Alana is a doctor so, knowing the typical sizes of twins and realizing her boys would probably be a little larger, she estimated they would each be around five pounds at birth.

“I didn’t buy them anything because I didn’t want to risk having to take things back because they didn’t fit them,” she said.

But when the twins finally arrived, Alana and Paul were in for a shock. The boys weighed in at 8lb 12oz and 8lb 1oz respectively for a combined weight of almost 17 pounds! They were each the typical size of a 6-month-old and 7 pounds heavier than most sets of twins.

It isn’t official yet, but Paul and Alana’s twins could hold the record for being the largest twins born in Scotland’s history!

Record or no, the Merries are just glad their children are healthy.

“The staff at the hospital were saying to me that they have never delivered twins this big before,” Alana said.

“We have a lovely little daughter, and now that we have boys, it’s a complete package,” said Paul. “It’s always great for any lad to have a boy. We all know boys can get into a bit of trouble, but we’ll keep them busy — a lot of sport will do them good.”

Were you shocked to see how big these twins were? So share this!