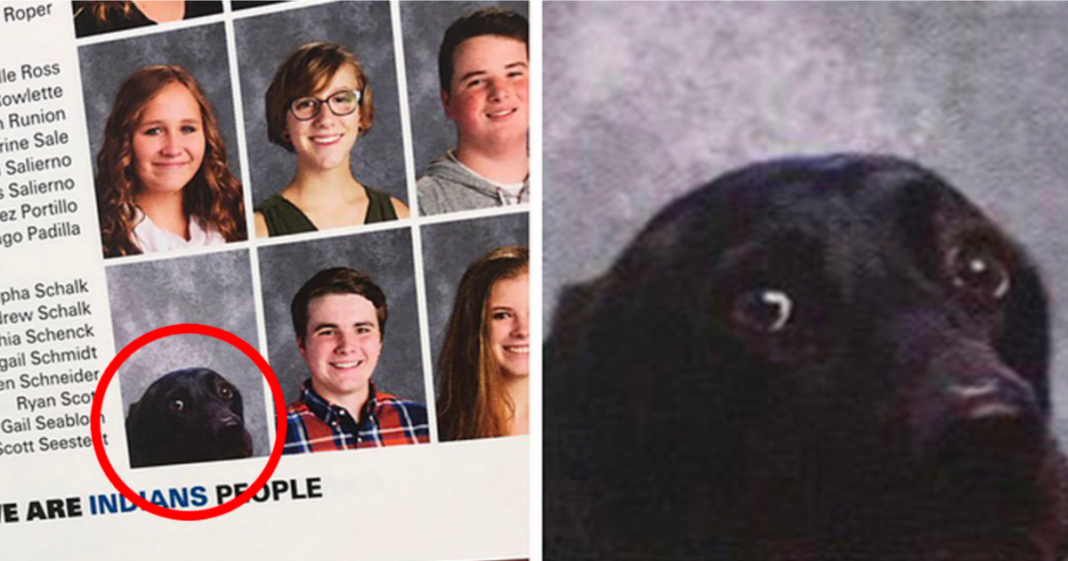 For a year and a half, one student at Stafford High School in Virginia became known as “the kid with the dog” to many people. AJ Schalk has Type 1 diabetes and brought his three-year-old service dog to school. The dog can use its extraordinary sense of smell to detect AJ’s blood sugar levels and alert him if the levels are off.

“There’s definitely times when I’m referred to as ‘the kid with the dog,'” joked A.J. Schalk. 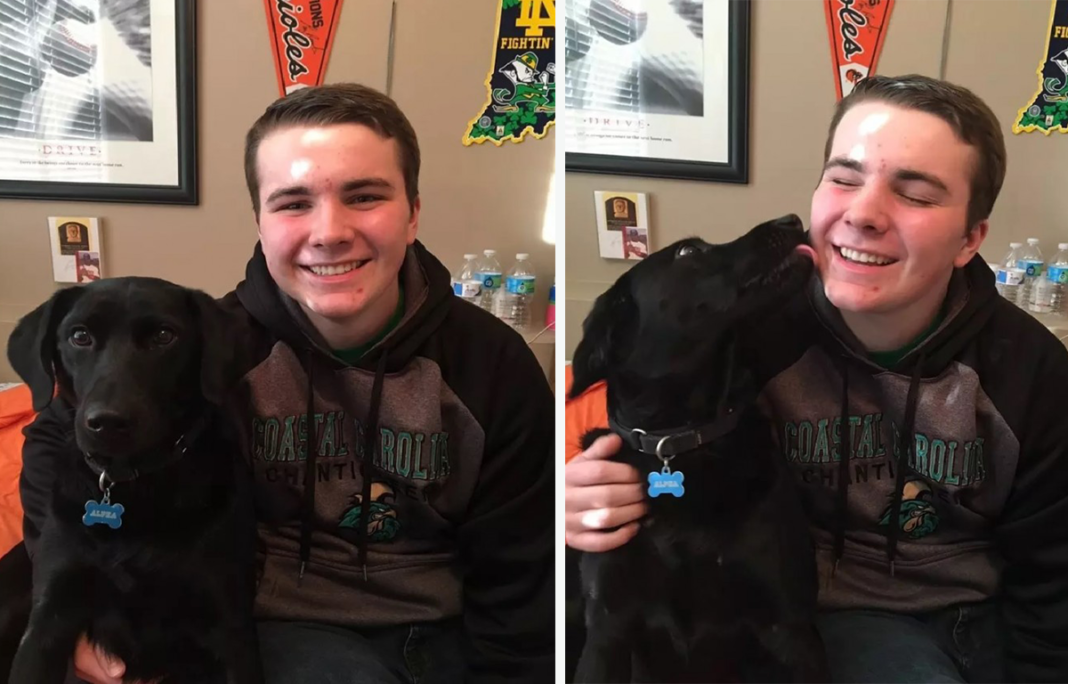 Alpha is so effective that he can give AJ a warning up to 40 minutes before he knows anything is wrong.

My dog, Alpha is a service dog for me. I’m Type 1 Diabetic, so what his job is is to alert to my blood sugar through smell, 20-40 minutes sooner than I know anything is wrong,” explained AJ.

“…There’s times where my blood sugar is off during class and so he alerts to me and I go down to the nurse and fix what needs to be fixed,” he explained.

Alpha’s presence in school was thoroughly enjoyed by the students and made AJ, then a junior, excited about attending classes. The dog was so much a part of the school that he even had his own I.D. card. So when it came time to take pictures for the school yearbook, Schalk came up with the idea to include a separate picture of his canine lifesaver. 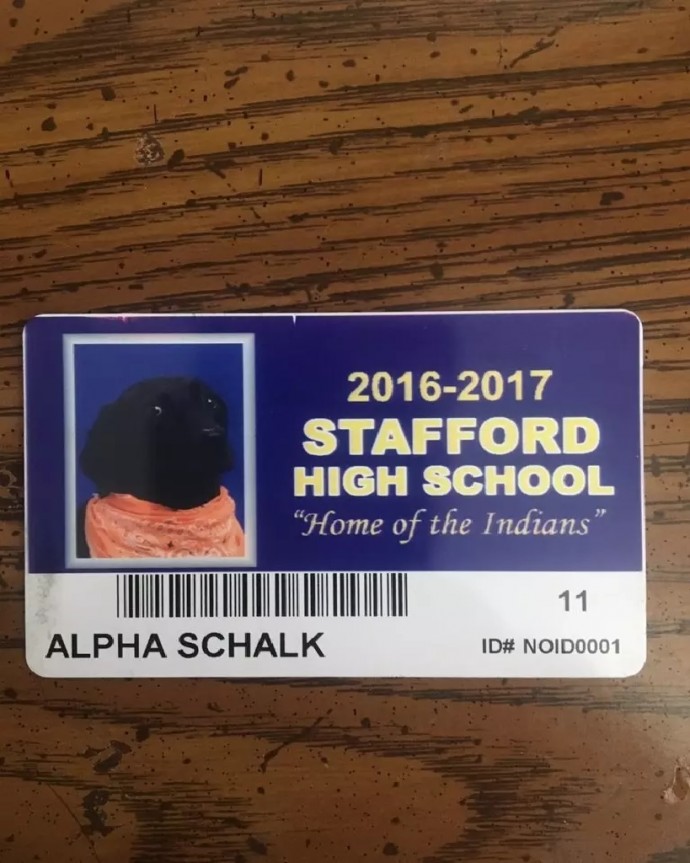 When Schalk asked what the school teachers thought, they loved the idea. Then the new school yearbook editor got on board.

“He’s just as much of a student as anybody else is,” explained Grace Fuller, the yearbook editor.

Picture day arrived, but Alpha was a little nervous about all the equipment in the camera room.

“It’s a pretty big setup they have on school picture days and so he did not appreciate the huge robot camera.”

Despite being nervous, the loyal service dog stepped up and looked right at the camera and the result is hilarious.

Fuller said that the decision to include Alpha turned out to be a huge hit with the whole school.

“Everybody has really loved it. That’s like the favorite part,” said Fuller.

Finally, the yearbook came out, and some of the students were surprised when they flipped through the pages. One student senior, Diana Bloom, was overcome with emotion when she spotted Alpha peeking out at her on the yearbook page. She tweeted out a picture, and the tweet went viral. Soon the story was capturing more attention in BuzzFeed. 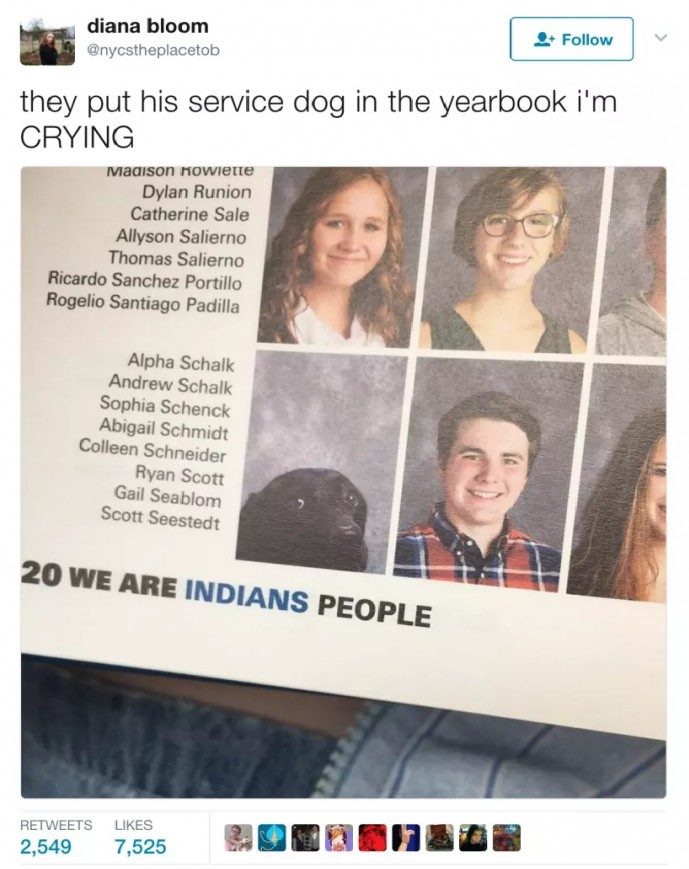 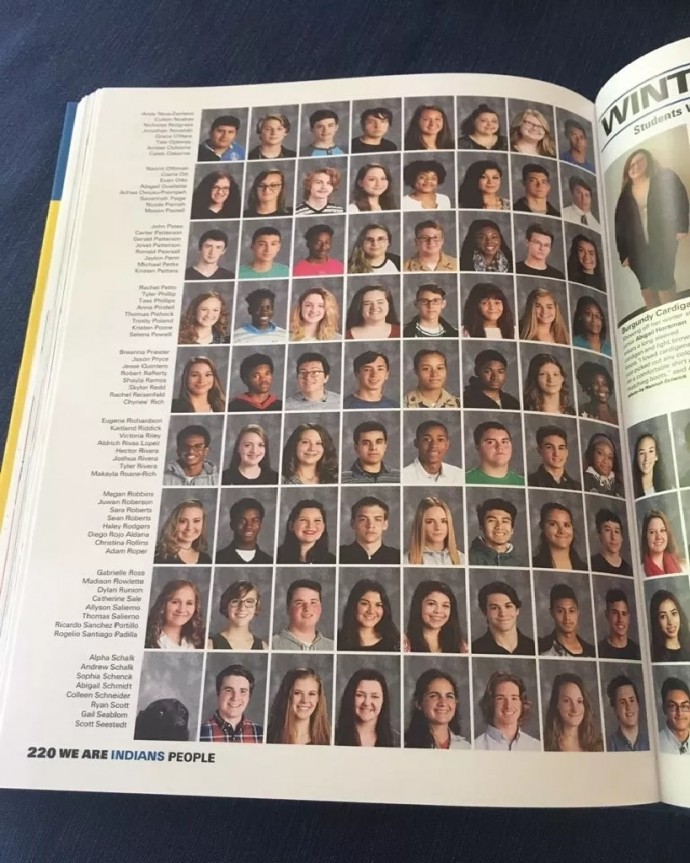 The story delighted people all over the world.

Amid all the media attention, Schalk went on tv with Alpha to advocate for service dogs.

“It’s great to always have him with me and to have him be by my side. He’s a wonderful companion. He’s a lifesaver,” said Schalk.

So live TV isn't as scary as you would think! Thank you so much to ABC for the opportunity to advocate for service dogs and Type 1 Diabetes pic.twitter.com/rWysL6X9rE

Then in his senior year at school, AJ and Alpha appeared in the yearbook again, only this time they were dressed in formal tuxedos for graduation year. 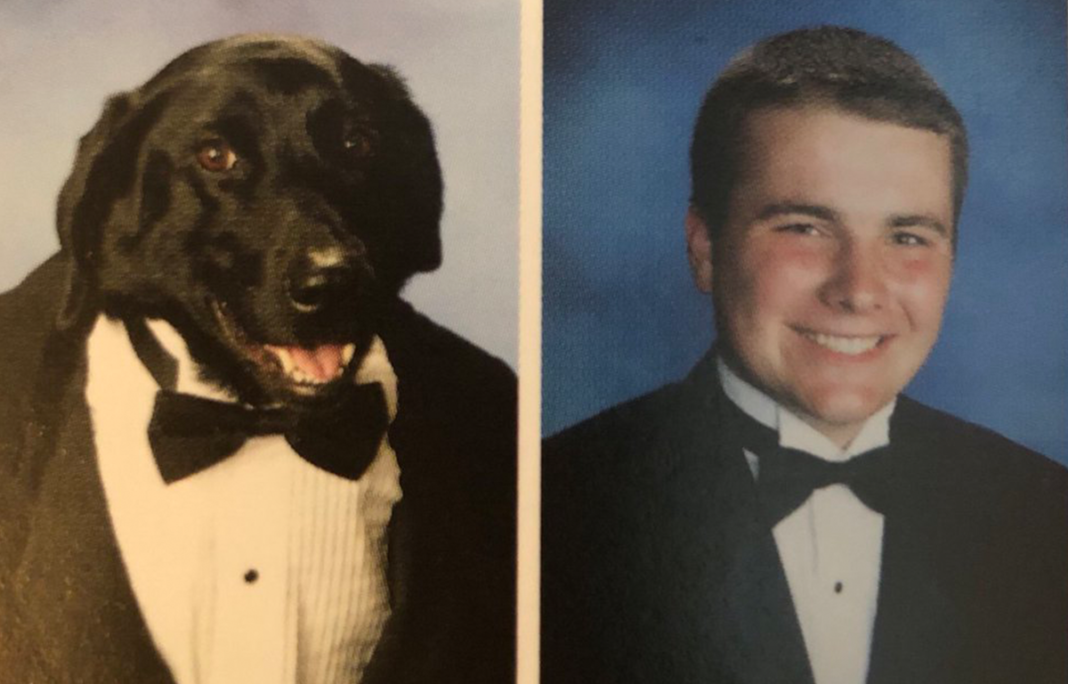 Alpha and AJ in his senior yearbook photo

Just a boy and his (service) dog: Senior Year 2018 ? pic.twitter.com/5zAqKiwLQu

See more from WUSA9 below:

More from Inside Edition below: