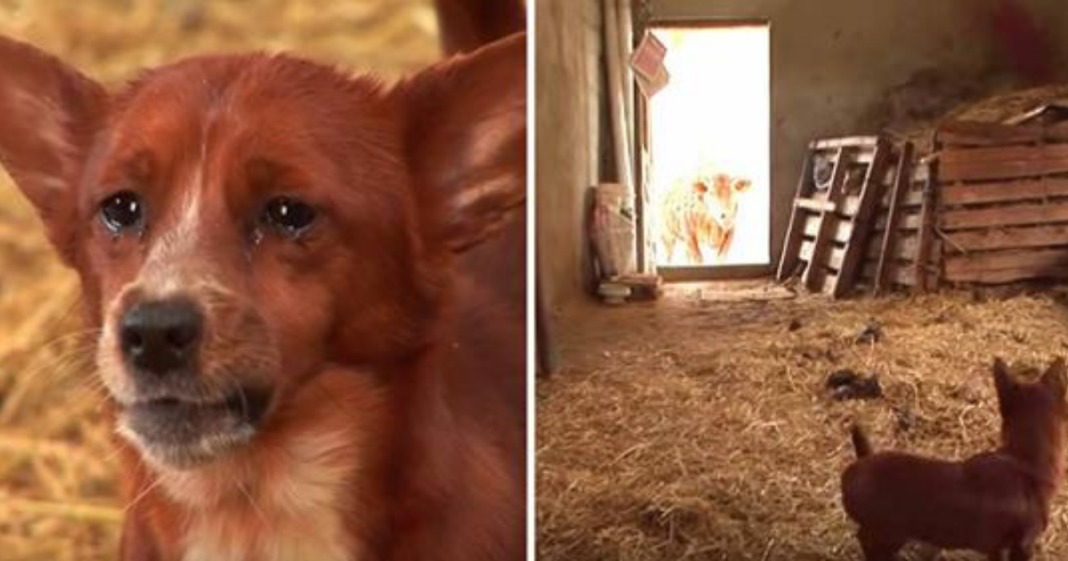 Real friendship understands no boundaries. And you’ll find no better evidence of this than in the animal world.

While it’s true that instincts compel certain animals to dislike others, and in many cases actively hunt them down.

However, there are also many examples of animals that have enjoyed unique and beautiful friendships.

Animals such as dogs and raccoons to wolves and bears can set aside fear and share a special bond like no other.

However, there are few stories more touching than the one of a dog name Rookie and his family’s big, brown cow. 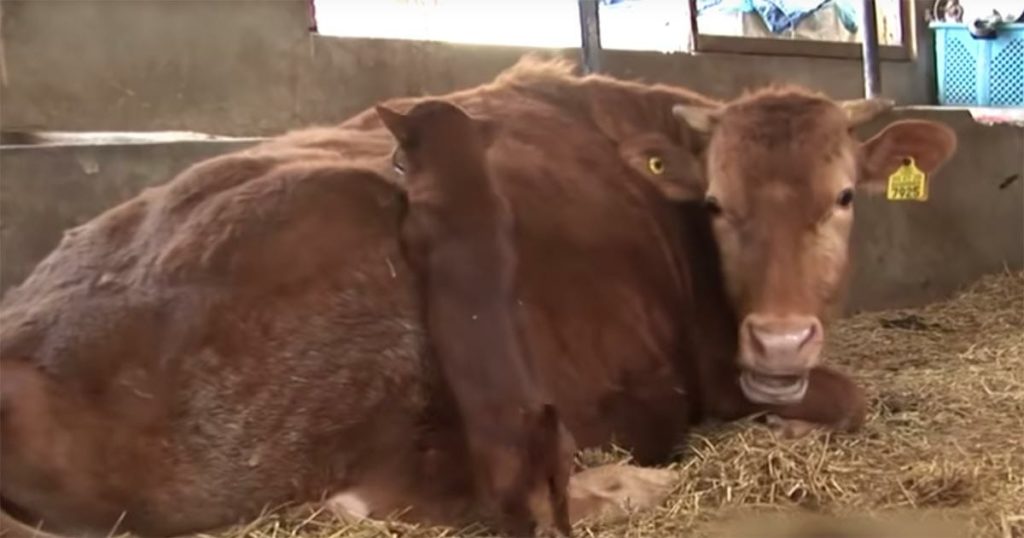 As soon as Rookie entered his family’s life, he quickly formed a loving bond with the humans who cared for him. But, the dog also formed a relationship with an extraordinary friend, the family cow.

People were amazed to see the unlikely duo get along so well together. It turns out that the cow became sort of a surrogate mother figure for Rookie. It was common to see the cow licking the young pup’s coat, cuddling with him and allow him to sleep against her back.

Sadly, when the day came for the family to sell the cow, it hit Rookie pretty hard. 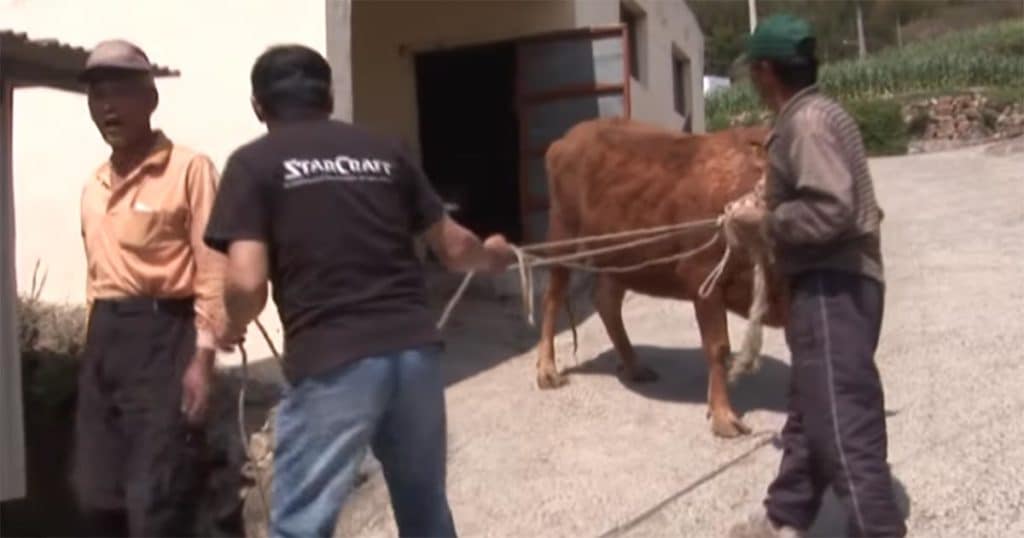 Unfortunately, the family came to realize that despite wishing circumstances were different, they could not afford to keep Rookies, precious friend.

For anyone who’s ever lost a close friend can sympathize with Rookie’s plight. Dogs, of course, feel emotions just as profoundly as humans, and they tend to wear their feelings out in the open for all to see.

Rookie’s heartbreak was visible. The pup barked and cried; he consistently went looking for his friend. He even waited for hours at a time in the barn, holding on to hope that his bovine friend would return. 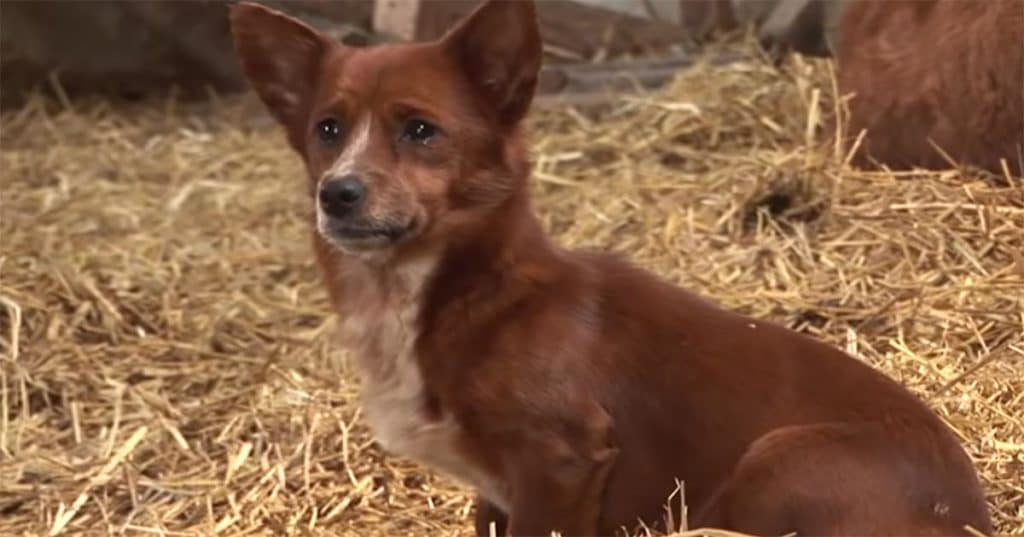 Until one day, Rookie heard mooing from a distance. He immediately bolted from his yard and rushed down to the street, following the sound to its source.

When he got there, he found his best friend in the world. She was living in another barn in the village, but she was still close enough for him to hear her. Rookie was overjoyed!

Rookie’s owner, who followed the pup from his own property, scolded the puppy and brought him back home. And sadly, once again, Rookie’s depression returned, as he yearned to be with his friend.

Despite their best efforts, nothing could bring Rookie out of his funk. The dog would just lay in the barn staring with empty eyes, waiting, for the return of his friend. What made things worse was that he knew where she was, but could not go to her. 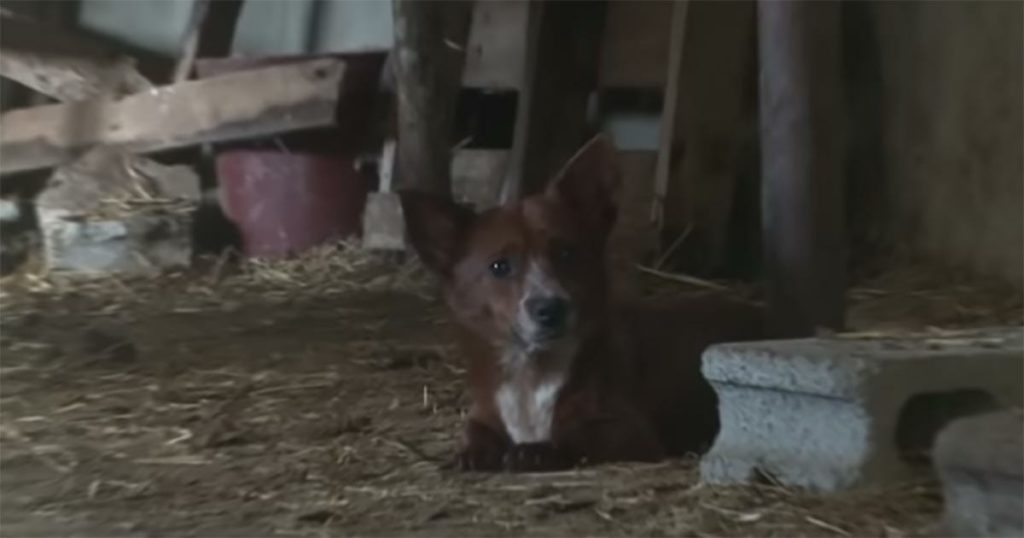 Fortunately, the family quickly realized the dire straights their pup was in, and it became apparent that Rookie’s love for his friend was so strong that it didn’t seem right to keep them apart.

Finally, having seen enough, the family decided that their dog’s happiness was more valuable, and decided to bring Rookies friend home.

They not only brought Rookie’s friend back, but they also bought another dog so he’ll always have a companion.

This story is so heartwarming; it really shows how despite financial hardships, sometimes the best things in life can’t are things you just can’t put a price tag on.