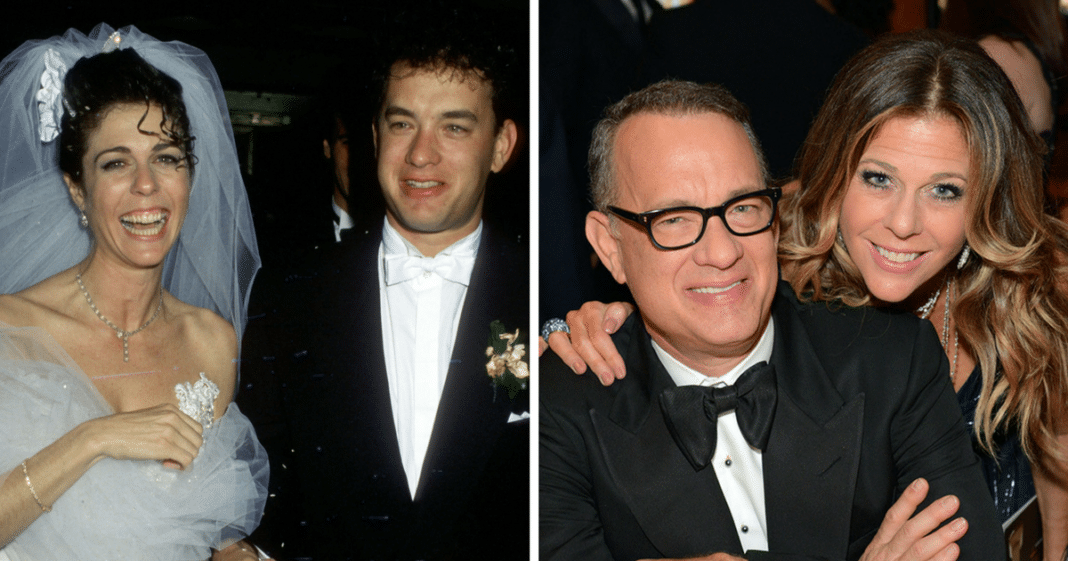 Rita Wilson and Tom Hanks are one of the most adored and adorable couples in Hollywood. Most marriages of the rich, famous and talented don’t last long, these two have stood the test of time. They’ve raised kids together and stood in solidarity through thick and thin over the years.

They’ve laughed more times than they can count and supported each others careers in the process. So on April 30th, when their “Golden” anniversary rolled around, Rita found the perfect way to pay tribute to her husband, Tom.

When they met, Tom had divorced his first wife, Samantha Lewe. He was afraid of having his heart broken again. But all that changed when he met Rita.

He had this to say in an interview with the ” Sooo Many White Guys” podcast: “I will say that right from the get-go, I thought there was something crazy great about her. I met  her, and I thought ‘Oh Lord’… there’s something cookin’ here.”

After 30 years, they’re still the goofy kids with eyes for each other. Let the tabloids and gossips talk. They know how strong their love always is.

So does this well-loved Hollywood couple have a secret for their lasting happiness? According to People, Tom says they don’t. “I wish there were a secret, you know. We just like each other. You start there…

“I still can’t believe my wife goes out with me. If we were in high school and I was just funny, I’d never have the courage to talk to her…

“They say it must be hard work. No, it’s not. Every now and again you know, you gotta get over some stuff but life is one damn thing after another, and it’s actually more pleasant to be able to go home with someone you like to spend time with in order to get with it.”

Congratulations, you two! May you have many more years of happily wedded bliss!