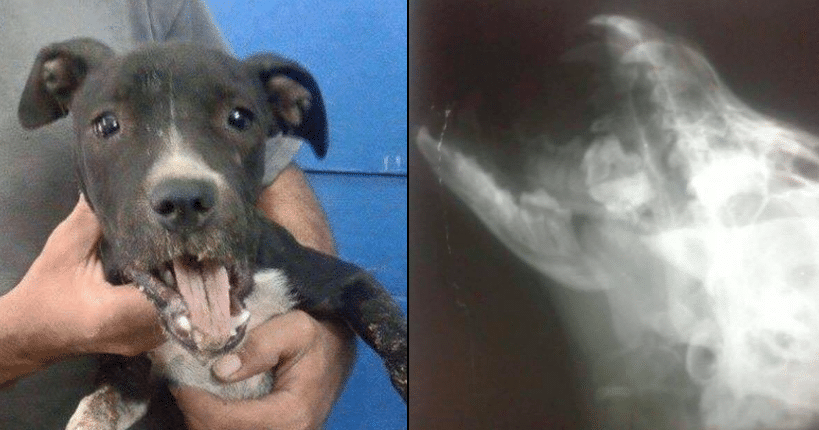 We despise stories of animal cruelty. Those who have animal shelters or who participate in animal rescue ventures ought to be praised as the heroes they are.

What if, though, the very person who is supposed to be caring for and protecting abused and abandoned animals is the one responsible for their mistreatment?

You’re probably wondering, as we did, how could this be possible? Why would someone who has an animal shelter abuse a helpless creature? Why would they be allowed to get away with this cruelty while running what is supposed to be a safe place for dogs and other animals? Why wouldn’t someone have the courage to report this heartless individual to the authorities?

For one unfortunate dog named Lucy, it was her owner – a shelter owner himself – who broke her jaw and beat her.

When the international animal rescue organization Special Needs Animal Rescue and Rehabilitation heard of Lucy’s plight, they knew they needed to intervene. But how? How could they save sweet Lucy, who wasn’t quite a year old, and bring her to the United States from Egypt safely without alerting her owner?

The solution to their dilemma came when Lucy’s owner left for a short time. Lucy was rescued and flown to Philadelphia.

On his return, Lucy’s former owner was told by the shelter staff that his puppy had died. Perhaps not surprisingly, he showed no emotion after hearing of Lucy’s death.

Since her rescue, Lucy is improving. Her loving nature is revealing itself, though the poor girl still has trouble being around men.

We’re certain, with constant love and support, Lucy will learn to trust again and find her forever home.

As for her previous owner, we hope they will pay for their crimes against the innocent pup and never be allowed around another animal again!

Do you think these shelter workers did the right thing in lying to Lucy’s owner to save her? So share this!