Rescuers Show Up To Park In Freezing Weather, Hearts Drop When They Look Inside Trash Can 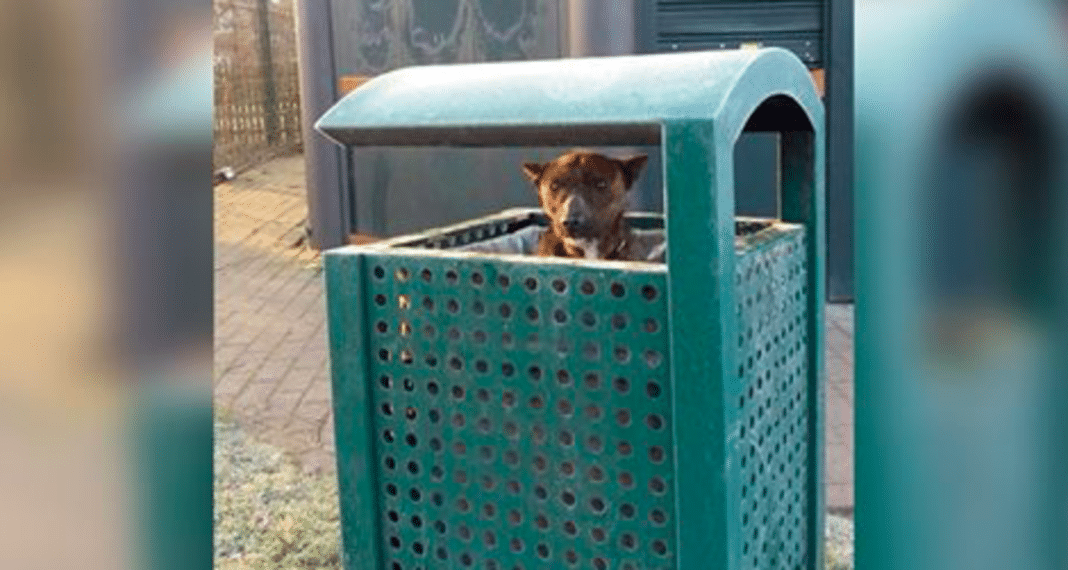 I’ve written numerous stories featuring once abandoned and deserted animals. Each time I’m at my keyboard with yet another sad situation to recount, it breaks my heart. I’ve always been an animal lover; I cant’ understand how someone could just leave their animal on the street to fend for itself. They need love, comfort, and shelter. It takes someone heartless to abandon their pet.

Last week, one poor pup was found shivering and alone in a garbage can in a park in Birmingham, England. It’s unclear whether the little guy was put there or if he climbed inside to seek shelter from the outdoors.

His rescuers from the Birmingham Dogs Home were made aware of the poor pup by a park employee: “Our hearts sunk when we saw it, his eyes peering out the top,” a spokesperson for the rescue group told The Dodo. “It’s enough to make anyone’s heart break.”

Not much is known about the 18-month-old puppy. He doesn’t have a microchip, so tracking his original owners is impossible. His rescuers also have no idea how long he’s been a stray.

“He is getting all the love and attention that he needs whilst in our care,” Birmingham Dogs Home said. “He is now enjoying under-floor heating rather than a dust bin at a local park.”

The little guy has become well-adjusted to his new digs. In fact, going outside to play in the snow is a pleasure now that he has a lovely place to warm up.

The shelter posted this on their Facebook page: “Here is our little soldier enjoying the snow today. It was quite chilly, so we didn’t keep him out too long without a coat on. Quite a change from where he was on Friday.”

PUPPY FOUND IN A BIN ENJOYS THE SNOWHere is our little soldier enjoying the snow today. It was quite chilly so we didn’t keep him out too long without a coat on. Quite a change from where he was on Friday.