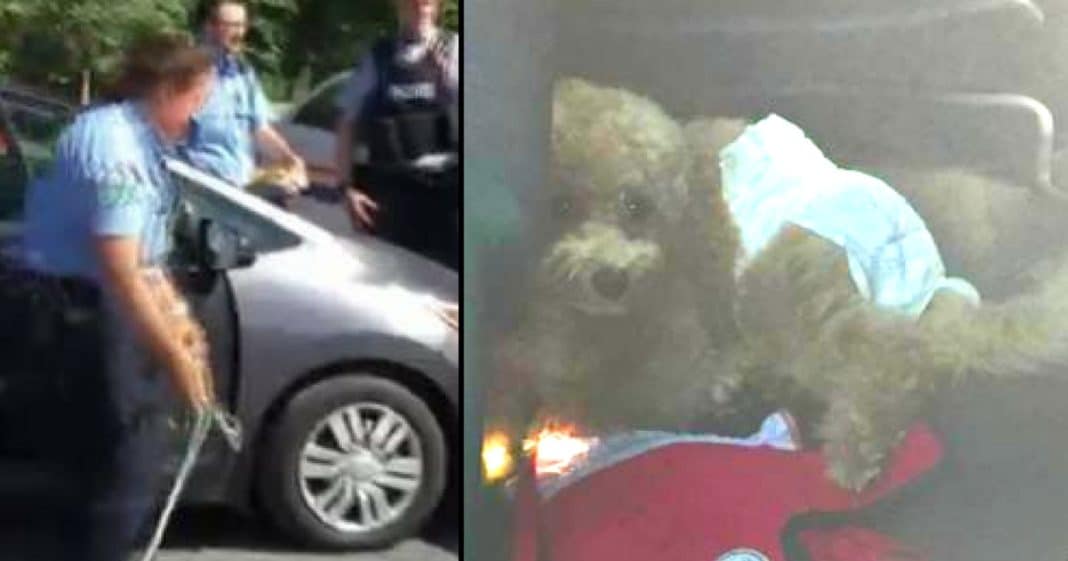 Some stories dealing with animals can make your stomach turn. Each time you read a post where yet another dog has been abandoned, abused, or neglected can set your heart on fire. It’s as though people don’t have a clue.

These stories appear all too often on websites and in the media. Some people treat their animals with such cruelty, such disregard. It’s utterly vile when incidences like the one below occur. When will people learn?

We wonder where the heads of the dog owners were when they decided to leave their pet locked in their vehicle on a warm day. Worse still, they put the pooch in a diaper. They planned to be away for hours while on a hike in this dog-friendly park in British Colombia, Canada.

Their decision was obviously premeditated. The sad part? The dog wasn’t removed from the care of those who left it alone for hours.

Those at the scene couldn’t believe the state of the dog when cops, with the help of a tow truck driver, freed the precious animal from the car. By that point, the inside temperature of the car was already over 100 degrees Fahrenheit.

Thankfully, the dog, despite the ordeal, was all right. However, local authorities couldn’t press any charges against the owners. Their only punishment? A $300 fine for leaving their dog in an unventilated space. The authorities couldn’t prove the dog went through any severe or acute suffering, so she was returned to her owners.

We think this is utterly disgusting and sad. The owners were caught this time, but have they done similar heinous acts in the past? Will they do it again in the future?

We can only hope the dog’s owners took something away from this experience and learned their lesson. Their dog isn’t an object but a living, breathing being. It needs care and depends on its owners to treat it with decency and love. We hope they will show it to her now.

Do you think people who do things like this should have their pets taken away? So share this!