Elderly Dog Abused All His Life. Kept Outside, Had Firecrackers Thrown At Him – Then Rescuers Step In 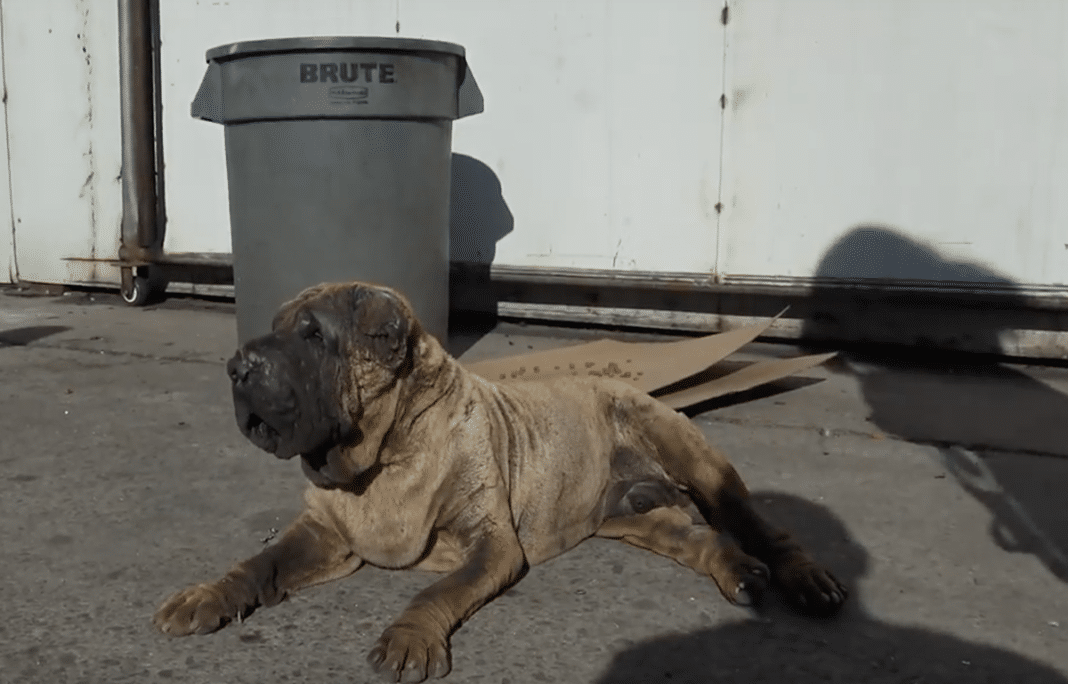 Animal rescuers from Hope For Paws arrived to find a senior Shar-Pei laying on the concrete, breathing heavily and injured. A concerned citizen had called when the dog showed up at an industrial lot.

The dog’s heavily wrinkled face was normal for the Shar-Pei breed, but it was swollen and he couldn’t even see or smell the cheeseburger that was offered to him.

Hello everybody! Extremely busy days here, and there are a bunch of amazing videos that are coming your way! In SIX…

They would find out that he was suffering from life-threatening pneumonia, and that he had lived outdoors his entire life, where he was regularly abused.

Neighborhood kids threw firecrackers at him, causing him to run away from home on a regular basis, and nobody defended the poor dog.

Loreta Frankonyte easily placed the “Lucky Leash” on the dog and dubbed him, “Wally.” Although the big friendly dog was easy enough to rescue, there was a legal issue.

“When Loreta Frankonyte and I found him, we knew we were facing a problem. LEGALLY, we have to return a dog to their owners if he is microchipped… it’s just the law.”

They called the owner, who became defensive and vulgar when they asked why Wally was roaming the streets, suffering from pneumonia.

“I don’t appreciate you implying that I am not a good owner,” she said.

After a heated conversation, they were relieved when she said:

One of the rescuers, Eldad, expressed his relief:

Soon, Wally was receiving the best of medical care and through another animal adoption organization, Lionel’s Legacy, a senior dog rescue group, he found the perfect forever home.

Even better, he would go to live with a new girlfriend named Bunny. 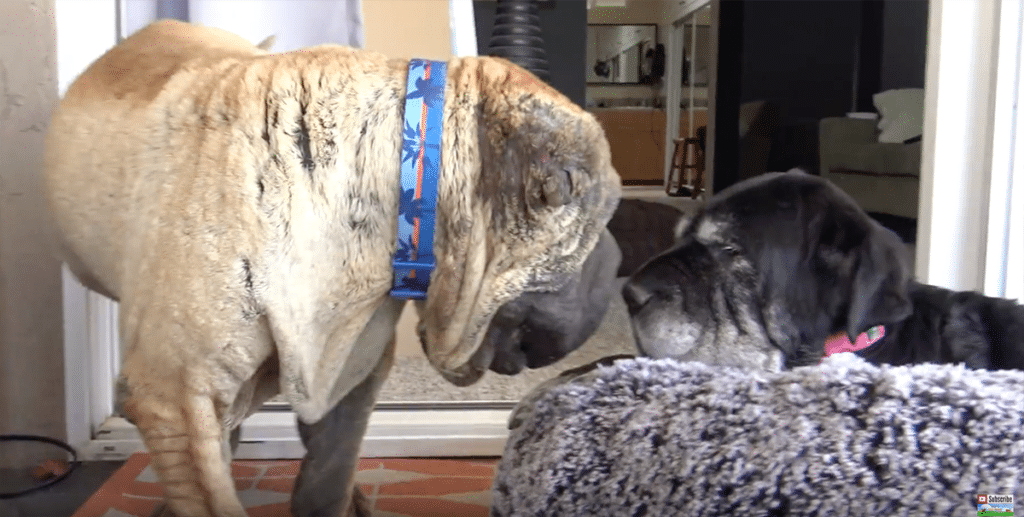 Wally and his new girlfriend, Bunny

I love Hope For Paws. My dear friend is the one who adopted sweet Wally in the end (she just found out where he came from) and I tell ya, they got it right placing him with her. He is with the most perfect family in… https://t.co/IlG82ZcIw3

Watch his wonderful transformation from homeless and abused on the street to a loving home with Bunny in the Hope For Paws video below.

The non-profit welcomes donations as little as $5 dollars so that they can continue to deliver stray animals from the streets and into loving forever homes.