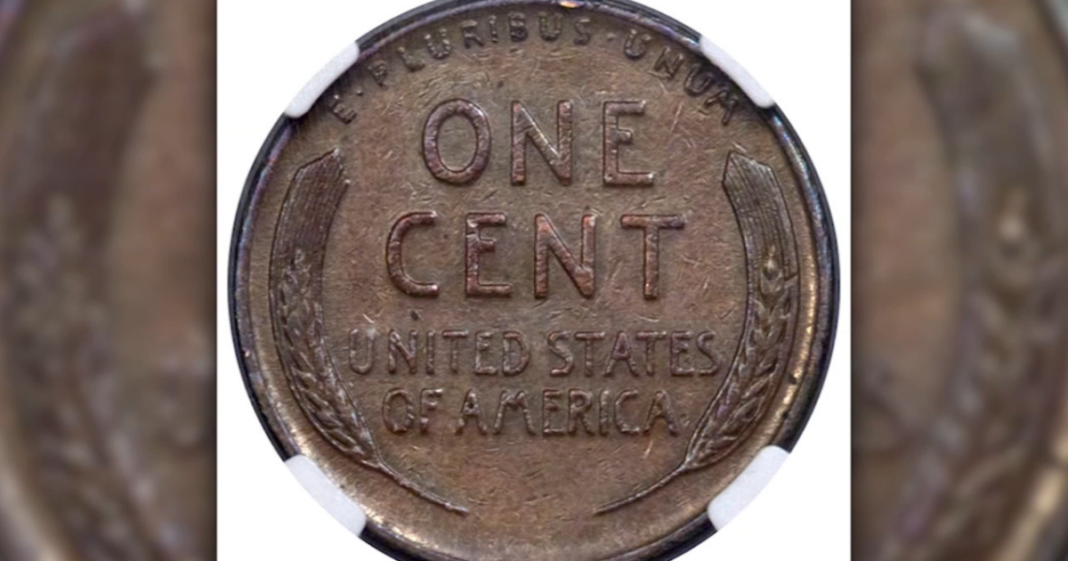 A man died in September believing that a rare penny he had was worthless when indeed, it’s worth $1.7 million.

Massachusetts man Don Lutes, Jr. found the coin, a bronze 1943 Lincoln penny, in 1947 when he was given the penny in change at his high school cafeteria.

A coin enthusiast, Lutes noticed the penny and began investigating. He had heard the rumors of about 20 Lincoln pennies being accidentally printed with a copper-looking surface.

In 1943, the U.S. Treasury Department asked the U.S. Mint to create pennies on steel planchets coated with zinc. They were wanting to preserve copper to use in World War II. As it turns out, it was later revealed that a few bronze planchets were left mistakenly in the machinery before the “steelies” were pressed.

These pennies have been called “the holy grail of mint errors.”

“Despite relentless searching by eager collectors over a period of more than 70 years, only a handful of legitimate specimens have ever been discovered,” Heritage wrote on its website. “PCGS CoinFacts estimates the surviving population at no more than 10-15 examples in all grades. We have compiled a roster of all specimens certified by the two leading grading services below, including an unknown number of resubmissions and crossovers.”

“The few resulting ‘copper’ cents were lost in the flood of millions of “steel” cents struck in 1943 and escaped detection by the Mint’s quality control measures,” Heritage Auctions said.

“They quietly slipped into circulation, to amaze collectors and confound Mint officials for years to come.”

The minute Lutes saw his shiny new penny, he remembered the “steelies” from 1943, and was intrigued because his penny had a copper finish. He had heard a rumor that car maker Henry Ford was willing to give a car to anyone who found one of the pennies. Lutes contacted Ford, and they said that Henry Ford never made that promise.

“In regard to your recent inquiry, please be informed that copper pennies were not struck in 1943. All pennies struck in 1943 were zinc coated steel.”

After all of this, Lutes figures his penny was probably worth nothing, but he liked it so he kept it in his private coin collection for 70 years.

After he died, his coin finally got some attention and will soon be going up for auction. From Fox News:

“This is the most famous error coin in American numismatics and that’s what makes this so exciting: No one really knows what it’s going to sell for,” Sarah Miller of Heritage Autions said.

Think you may have a penny like this lying around? Here’s what to look for, via IFLScience.

Experts say to look for a very sharply engraved penny. Zinc-coated steel plates were “considerably harder” than those used in earlier designs, so penny pressers had to strike the blank steel coin much harder. As a result, the softer copper penny exhibits “sharp striking characteristics” with strongly impressed elements. This particular coin is an “olive-brown specimen” with “hints of steel and copper-red patina in selected areas.”