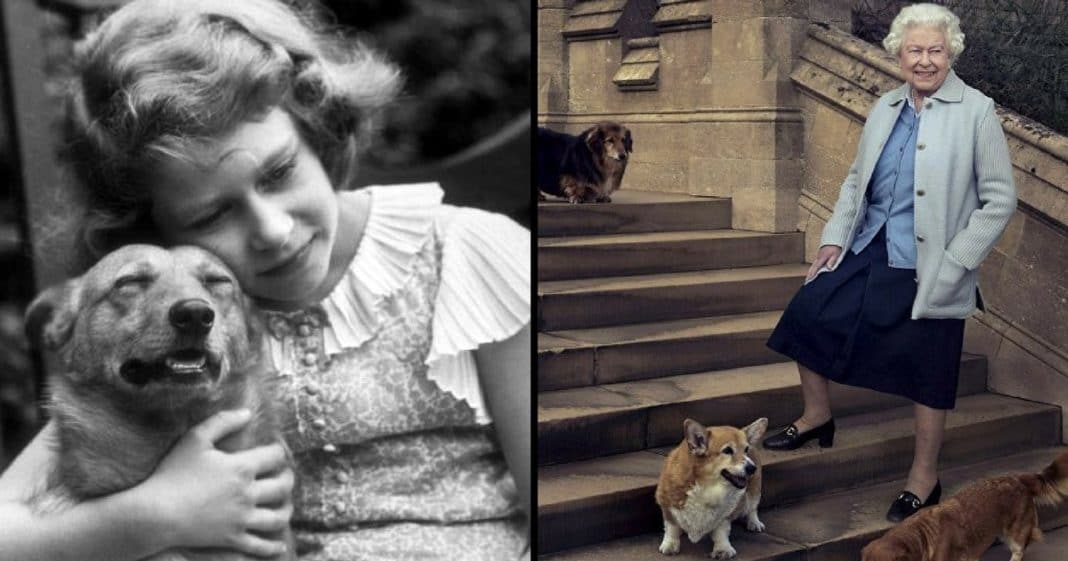 Over the years, she’s also owned cocker spaniels and dorgis (dachshund–corgi crossbreeds), but her favorite kind of dog is the Pembroke Welsh Corgi. Over the course of her lifetime, the queen has owned over 30 corgis (and all had only two syllables to their names).

The queen’s love and adoration for corgis started when she was just seven years old. Her father, King George VI, gifted the young princess and her younger sister Margaret with Dookie. Dookie was bred by the children of the Marquess of Bath. Princess Elizabeth fell in love with the little pup on sight.

Later on, the future queen was given Susan, another corgi, by her parents when she turned eighteen. Susan was loved so much by the princess that Elizabeth took the dog on her honeymoon with her new husband, Prince Philip, in 1947.

Susan started a dynasty of corgis. For over ten generations, her bloodline continued. However, in recent years, the queen has ended her dog breeding program. She doesn’t want to leave any corgis who will need care once she passes away. She can’t bear to leave any of them behind.

The queen made this tough decision a few years ago. She now has just three corgis: Willow, Holly and, now, Whisper.

Whisper is 9 years old and once belonged to the queen’s good friend and gamekeeper, Bill, and his wife, Nancy. After Bill and Nancy both passed away, Whisper was left with no one to care for him or to show him the love he needed. That’s when the queen, who had fallen in love with Whisper, asked if she could adopt him.

Even dogs are given the royal treatment at Buckingham Palace. The dogs’ meals are prepared by a chef, they have a room of their very own, and they sleep in reclining wicker baskets. Talk about pampered pooches!

We’re glad Queen Elizabeth decided to take Whisper in. We’re sure they provide each other the comfort and companionship they both needed.

Do you love dogs as much as Queen Elizabeth does? So share this!