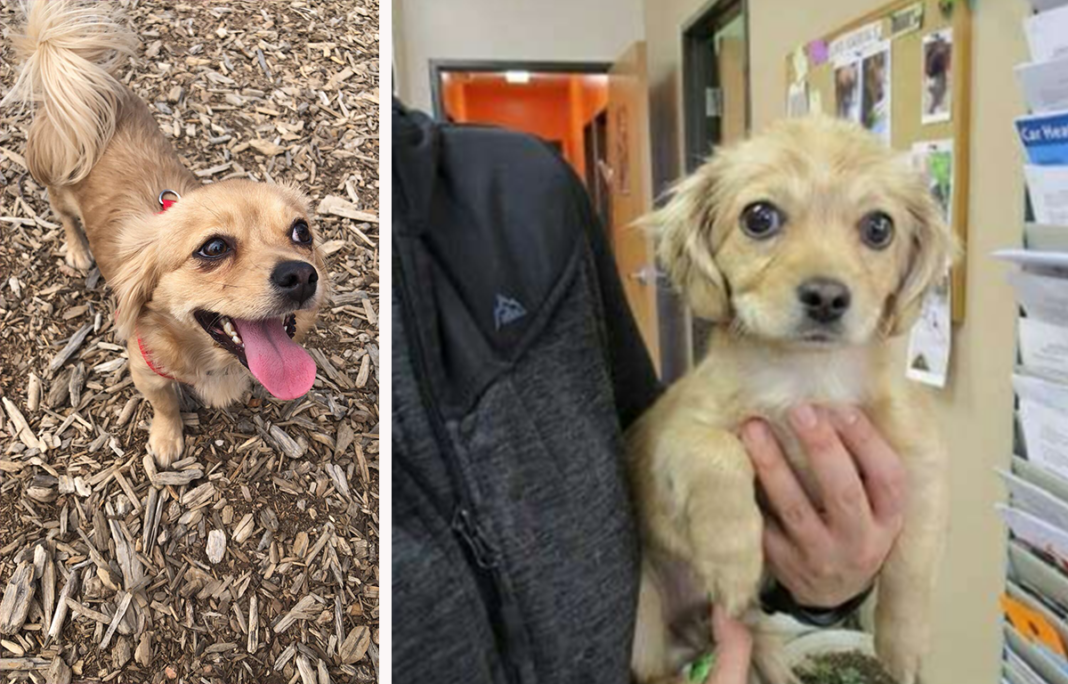 A tiny little puppy named Odyn ended up at a shelter in Kansas before he had a chance to learn anything about the world. Taken from his mother too soon, he wasn’t able to adapt to the many sights and sounds bombarding him.

He reacted with fear to the other dogs and people. So much so, that the shelter decided they would put him on the list to be euthanized. They thought he was just too skittish to be put up for adoption. 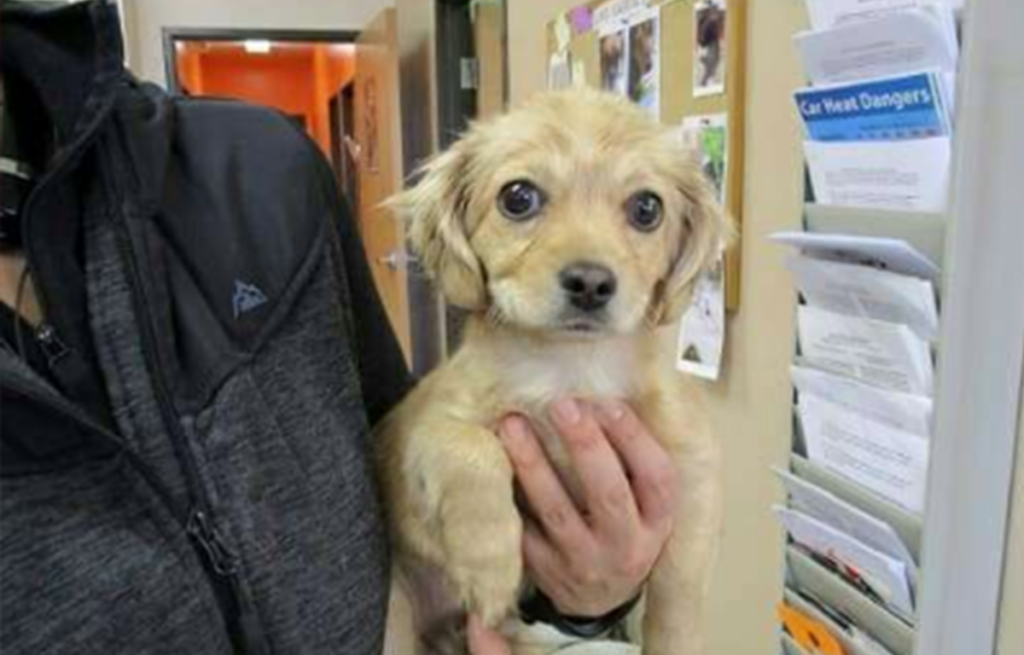 Odyn reacts to everything around him with fear

It would seem that the little pup had good luck on his side. The folks at The Misfits Dog Rescue, a foster based rescue across state lines in Colorado, found out about Odyn.

They specialize in placing dogs just like Odyn in forever homes.

“Our Misfits are sweet innocent souls who somehow have found themselves alone and without a home. Scared, often abandoned on the streets, many of them are in shelters waiting on death row. We take these dogs into our homes, medically treat them, care for, and love them. Once they are well, we match them to their best possible forever homes, so that they are no longer Misfits at all.”

We made The Dodo

Odyn was taken off death row and placed in a loving foster home that was ready for the challenges of a shy dog.

Once he was given a chance, he adapted faster than expected, bonding with his foster family and overcoming his fears. He was soon ready to find his forever home.

When a family that had just moved to the area spotted him online, they knew it was meant to be.

“We were actually in a hotel waiting for our apartment to become available when I found Odyn’s picture online,” Alyson Gasp, Odyn’s new mom, told The Dodo. “I showed my husband, and we both fell in love with him. It broke our hearts knowing that someone was going to euthanize him and we wanted to bring him into our home so that he would never feel scared and alone again.”

The foster family brought Odyn over to meet the Gasp family and his new sibling, Luna. At first, a nervous Odyn was afraid to leave the side of his foster parents, but in time he was ready to explore his new home.

“After they left, I literally cried because I was so happy about getting to adopt him,” said Gasp.

Odyn fell in love with his new family and Luna, transforming from a once shy and skittish dog to a bold, happy, and even confident one.

“Odyn quickly warmed up to Luna and he showed zero fear towards us,” Gasp said. “He was just an average curious and playful puppy. I truly believe that the shelter that was going to euthanize him never gave him a chance to show his true colors.” 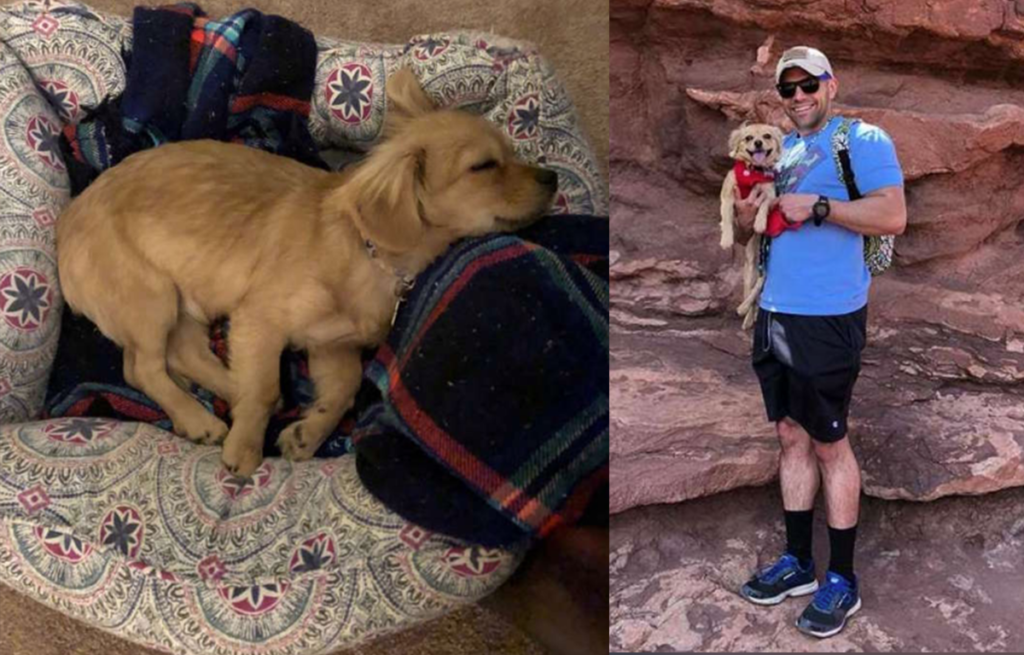 Safe and secure in a loving home, the little dog is now confident enough to approach strangers to ask for belly rubs. He’s one of a complete family, and all he needed was some extra love and attention.

“It is amazing how showing a little love and compassion to an animal will change their persona,” said Gasp. 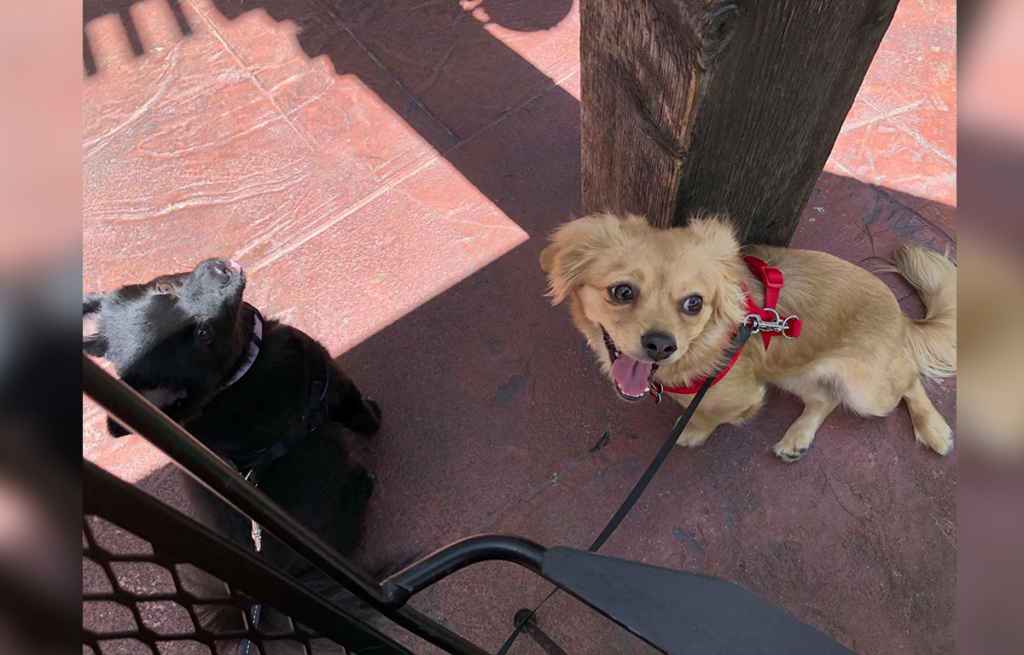 It’s something to consider when looking for your own furry friend to bring home. Sometimes, the behavior you observe at a shelter may not indicate the true personality of a cat or dog when they have had some time to bond and feel secure and loved.