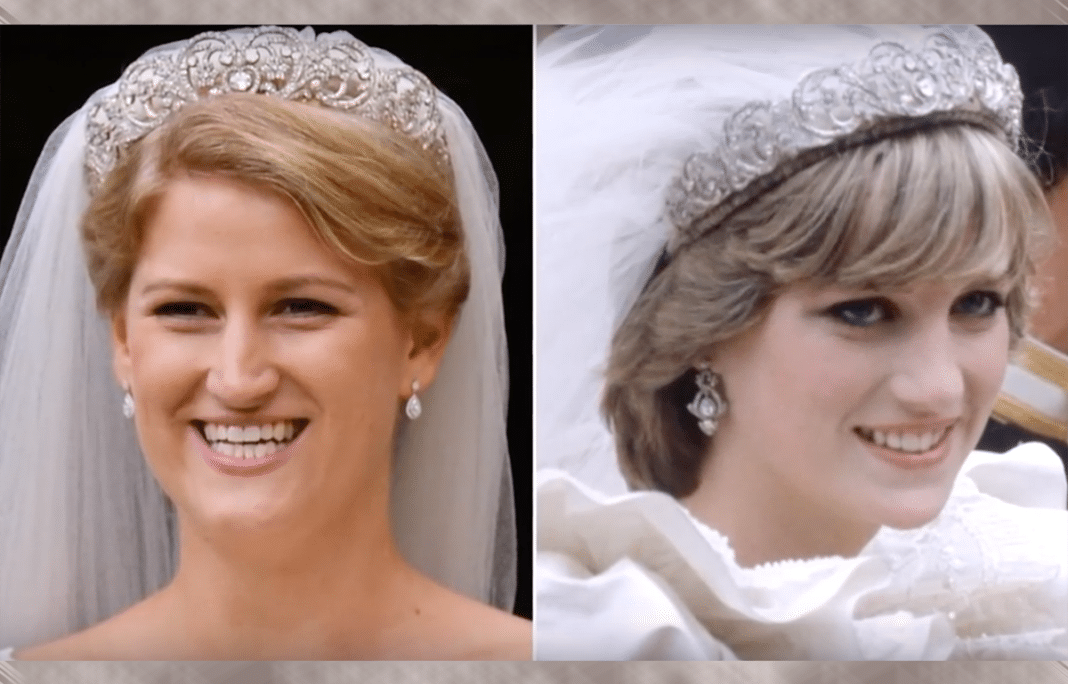 Princess Diana’s wedding-day tiara called the Spencer Tiara was worn for the first time in public since 1997 on Saturday. Celia McCorquodale, the daughter of the late Diana’s eldest sister, Lady Sarah McCorquodale, chose to wear the tiara for her wedding to George Woodhouse.

Until around 2014, the Spencer Tiara was on display as part of a traveling exhibit of the late Princess of Wale’s life. It dates back to the 18th century.

The Spencer Tiara used by Lady Diana Spencer on her wedding day to Prince Charles. Its first recorded appearance wax in 1875.#Diamonds pic.twitter.com/GceYlRXG95

Princess Diana wore the Spencer Tiara at her wedding to Prince Charles in 1981, but the elaborate diamond floral diadem has been in the Spencer family for nearly a century. Diana’s sisters Jane and Sarah wore the tiara at their weddings.

Diana actually had another tiara she could have worn at her wedding to Prince Charles, the Cambridge Lover’s Knot she was given when she became the Princess of Wales. However, she continued to show a preference for the Spencer family heirloom, possibly because it was lighter and easier to wear. Wearing it at her wedding was a break with royal tradition.

Meghan Markle and Prince Harry, who celebrated their wedding day just one month ago, were at the wedding for Celia McCorquodale and exchanged friendly greetings with the son of Diana’s brother, Earl Spencer. Meghan’s dress reminded some of a dress worn by Diana.

See video of the wedding of George Woodhouse and Celia McCorquodale below: