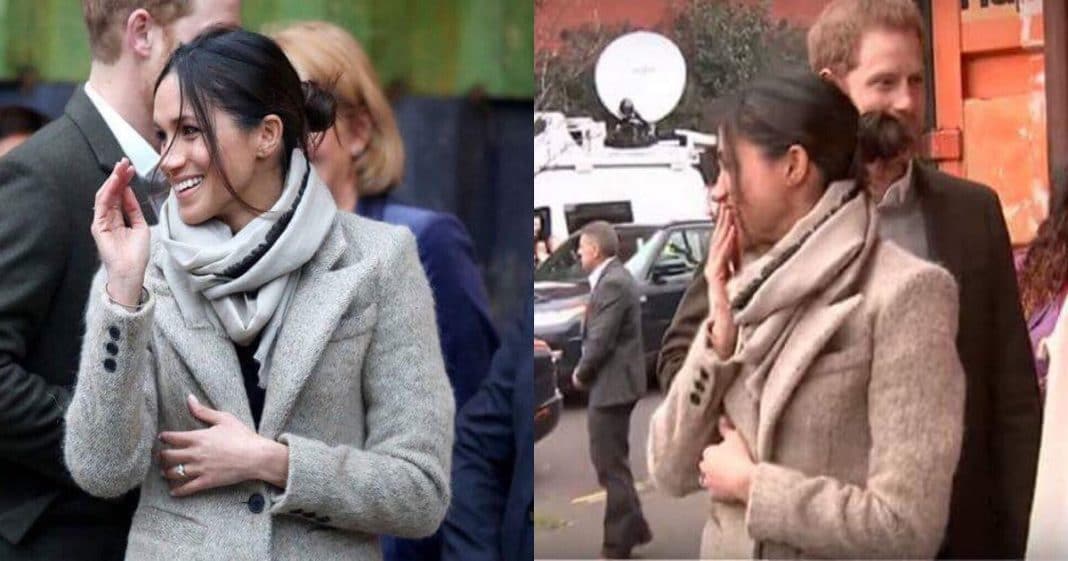 Since the announcement of the engagement between Prince Harry and Meghan Markle, the former American actress has been turning heads and making headlines. She’s broken with several royal traditions since then..

One being, she didn’t wear stockings for the engagement photocall at Kensington Palace. For the engagement interview, Meghan showed bare skin. No, not her midriff, but her arms. Her dress was sleeveless.

Yesterday, while she and Harry attended their first event of the year, Meghan made another break with royal custom. This time with her hairstyle. Instead of wearing it up in a nice neat hairdo, she had it up in a messy casual bun. And, rather than carry a compact purse, Meghan had an over-sized bag in hand.

It really doesn't get any cuter than Meghan Markle and Prince Harry. ? http://et.tv/2AJIGWr

Immediate comparisons were made between Meghan and her future sister-in-law, Kate Middleton. Kate is anything but casual; and when she does attend a less formal event, she still shows up without a hair out of place. She would never go out showing her bare legs. And though before her engagement to Prince William she’d show more skin; she doesn’t now that she’s married to the third in line.

Granted, Kate, as the future Queen must adhere to stricter, more specific rules. Meghan, on the other hand, has more freedom to express her individuality.

Harry and Meghan paid a visit to Reprezent 107.3FM, a local radio station. The couple wanted:  “to  learn about how the station is appealing to young people while also teaching them more about music,  radio and broadcast media.

“Reprezent is known for helping youth escape a life of crime. Kensington Palace noted on social media: “The Reprezent training programme was established in 2008 in  response to an alarming rise in knife crime, to help young people develop and socialize through  radio.”

With Meghan’s arrival to Kensington Palace, she’s brought fresh air to the more formal fashions of The Duchess of Cambridge. And that’s not always a bad thing. Meghan and Kate are two different women with their own personal sense of style and fashion. Meghan’s is more California casual. Kate’s is primmer and polished.

Whatever their sartorial choices, both women bring the Midas touch to fashion brands and designers alike. Their styles inspire women all over the world.