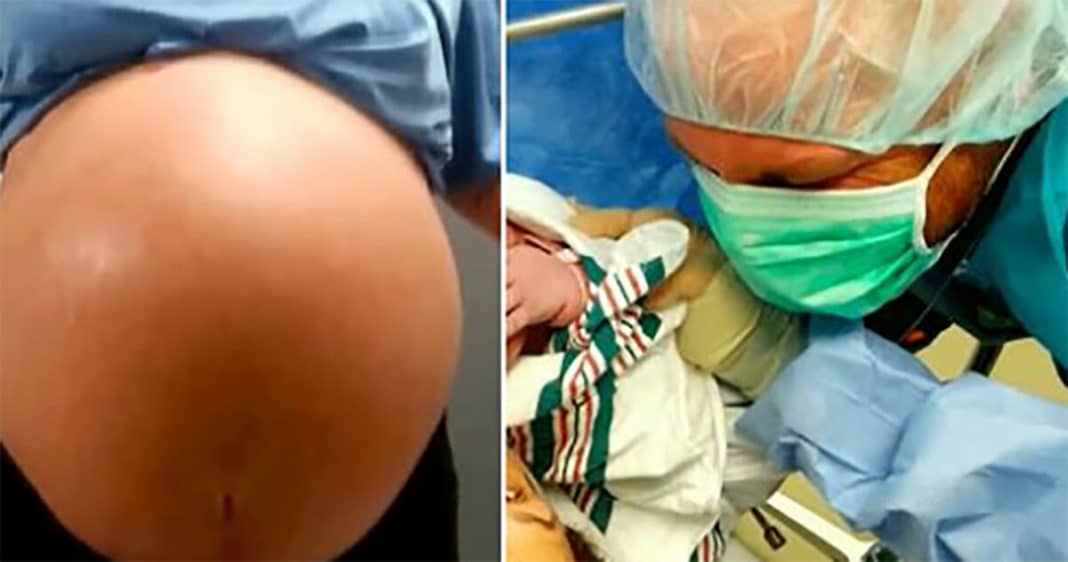 By the time of her fourth pregnancy, Chrissy Corbit, from Keystone Heights, Florida was used to having big babies. Two of her children were born weighing 9 and 10 pounds respectively. She’d struggled with gestational diabetes early on.

The wife and mother approached her due date, her baby bump leading the way: “It was like she had a huge beach ball, and it was getting more and more inflated,” her husband, Larry, told Inside Edition.

Chrissy expected her latest baby girl to weigh around 10 pounds. But nothing would prepare her or her OBGYN for what surprise this little one had in store. She gave birth via c-section a week before her due date.

In the operating room, she found it odd to hear cheers breaking out as they removed the baby. It wasn’t until the nurses told her how much her little princess weighed did Chrissy realize what the fuss was all about.

“When he was pulling her out of me, he was like, ‘This baby is never going to end,’” said Chrissy.

The mother caught sight of baby Carleigh from across the curtain covering her. She couldn’t believe her eyes: “It was like I delivered a toddler.”

Her OBGYN, Dr. Eric Edelenbo will never forget this birth either as Chrissy’s daughter was the largest baby he’d ever delivered. Carleigh was so big that her parents had to donate all the diapers and baby clothes they’d purchased while preparing for her arrival. Those items they gave away went to a local church. They needed clothes that would fit a 9-month-old.

So how much did baby Carleigh weigh anyway? Are you ready for this? She was an astonishing 13 and a half pounds! Now that’s a big baby!