Police on hunt for monster who threw a terrified dog off cliff, while laughing friend filmed it 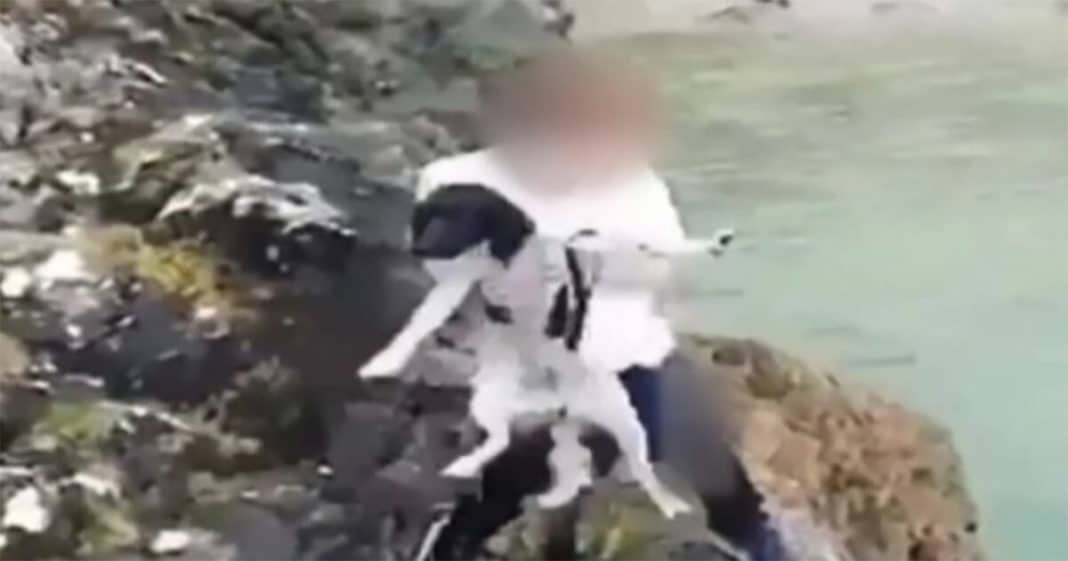 Every day there are countless acts of senseless violence committed against innocent animals that makes us sick to our stomachs. There are so many cold-hearted people out there that do not deserve a loyal pet such as a dog.

In an alarming case, a man recently threw a dog off the cliffs and into the sea. 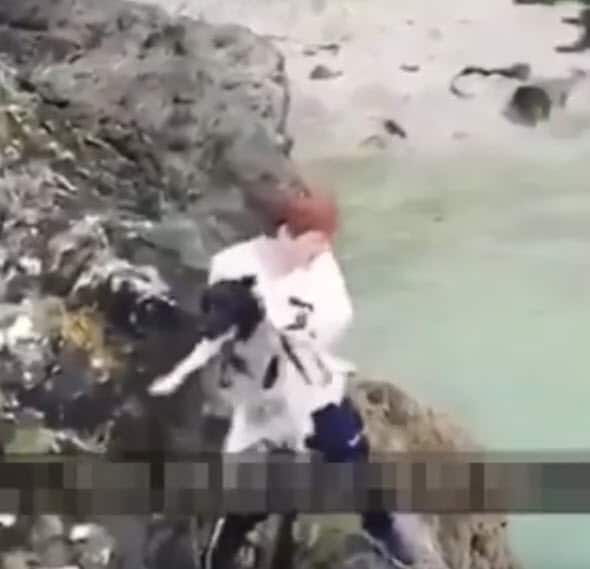 He committed this heinous act while his cohort filmed the entire shameful incident.

The “person” filming can be heard laughing while the terrified puppy falls into the water. 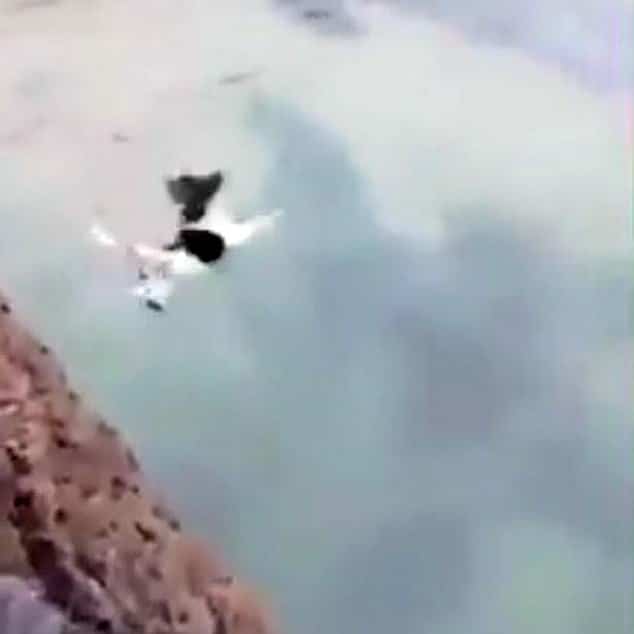 The video was posted on social media and went viral before being removed.

The grainy images on the video show a black and white dog flailing as an unidentified man or child throws it off a clifftop in Cornwall, England.

Some of these cliffs in Cornwall are over 100 feet high.

Local police who are investigating the incident tweeted:

“We are aware of an incident of animal cruelty which has been reported in Falmouth.

“This matter is being investigated but please appreciate that we need to do this effectively without intrusion or inappropriate comments.”

According to local authorities, the dog who then swam to shore has been examined for injuries and appears to be in good health.