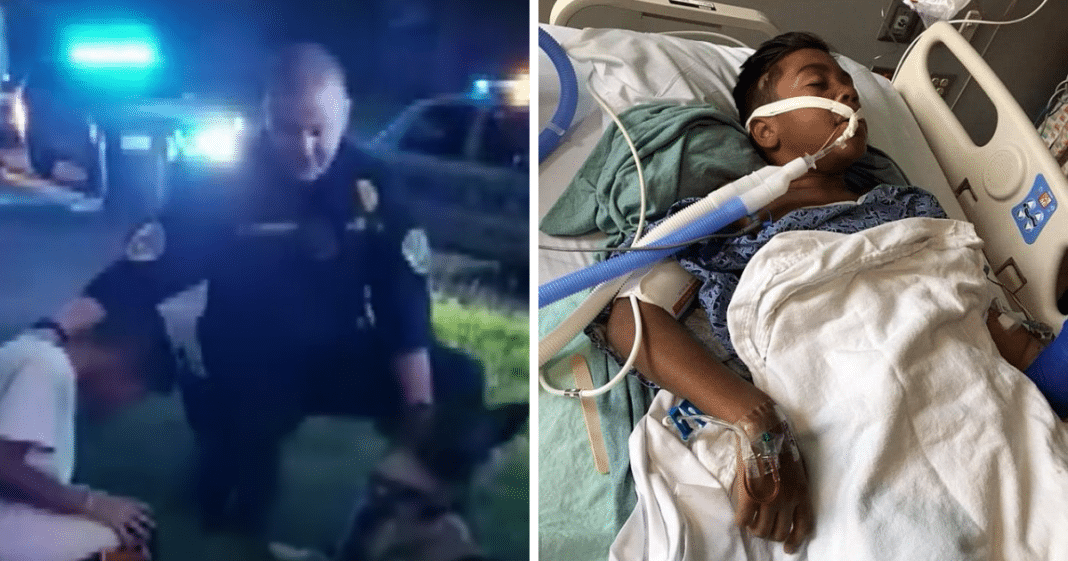 When a 9-year-old boy from Georgia needed some comfort, he got it from some caring police officers and some devoted K-9 service dogs. 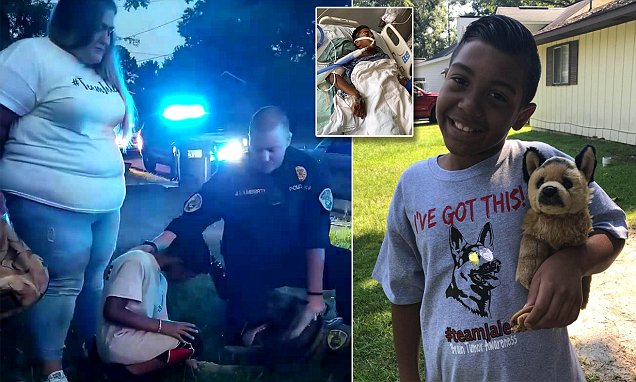 Jalen Manns was set to have brain surgery, and the officers showed up to pray with him and give him encouragement just a few hours before his surgery. Officer Lamberth of the Warner Robins Police Department even got down on his knees to pray.

“Lord heavenly father, we just come to you now, Lord God, asking for your words of encouragement and strength today,” Lamberth could be heard in a video posted to Facebook.

The officers found out about Jalen when Jalen’s mother shared his story on Facebook. She asked for ideas on how to help her son cope, and posted that Jalen’s favorite animal is German shepherds. Lots of people donated stuffed animals, but these officers came through with some real-life very special German shepherds. 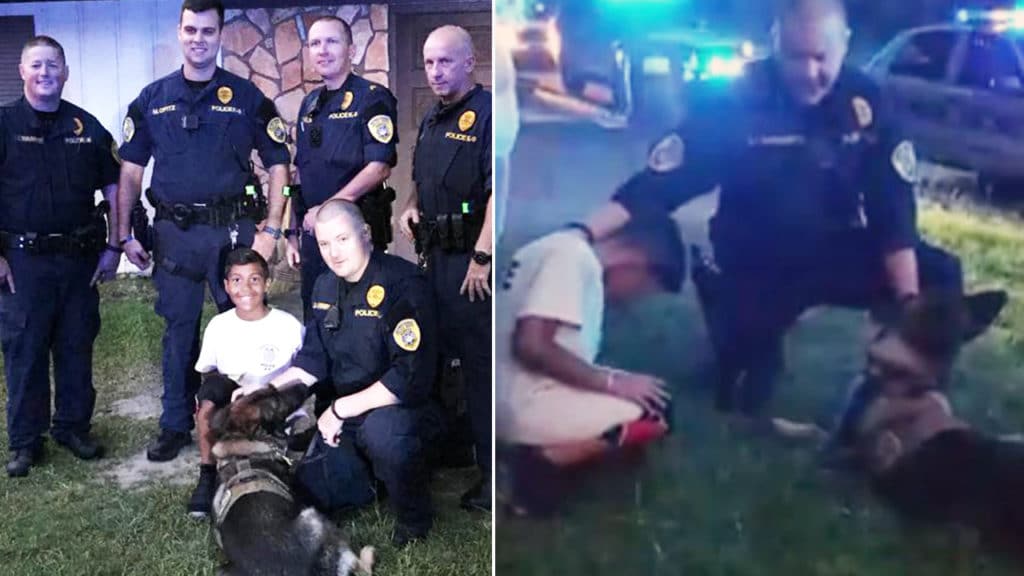 While they were there, Jalen learned each K-9’s name and the officers taught him some stuff about each dog. Their names are K-9 Kojak, K-9 Ollie, K-9 Kastor, and K-9 Argo.

This story gets better. The officers then escorted Jalen and his mom to the hospital for his biopsy.

Jalen’s mother, Hannah, was speechless after the prayer and profusely thanked these caring police officers.

“Those officers were incredible and I couldn’t have asked for a better group to have been with my son Friday morning,” Hannah told InsideEdition.com. “Officer Lamberth, the officer that spoke the prayer, gave an absolutely incredible prayer.”

Our thoughts continue to go out to Jalen as he fights this battle, and as always, we’re so grateful for police officers and the care they offer their community.