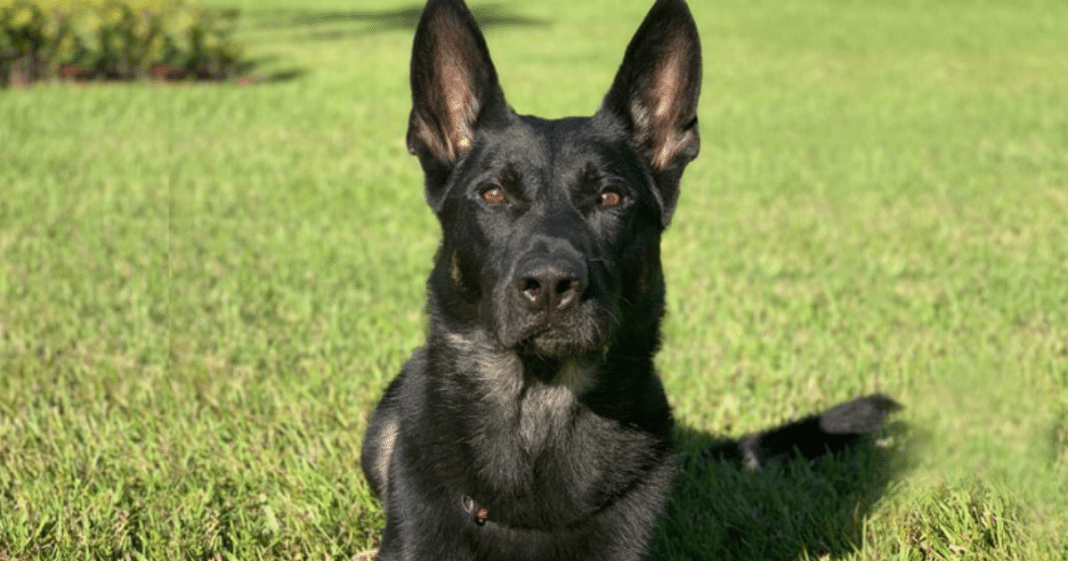 Terrible news out of Florida after a police dog was shot and killed by a suspect, and the K9 is now being credited for saving the lives of officers.

The suspect has been hospitalized following the shooting, which took place near a Florida shopping mall on Christmas Eve, according to authorities.

In a statement released on Christmas, Palm Beach County Sheriff’s Office spokeswoman Therese Barbera said that authorities had been searching for two suspects wanted for attempted first-degree murder and robbery with a firearm. The suspects were located in the afternoon on Christmas Eve at the Wellington Green Mall.

Barbera said undercover deputies secured an area of the mall parking lot and confronted the men when they came outside.

Cigo, a 3-year-old canine, gave chase. But the suspect shot Cigo before a deputy returned fire, hitting the suspect and severely injuring him. Cigo, however, would later be pronounced dead at an animal hospital.

He gave his life to save others. He’s a good boy and he will never be forgotten. Rest In Peace #K9Cigo pic.twitter.com/7Snb2LvVFt

Shortly after Cigo’s death, several tributes were posted in honor of the fallen officer. The Palm Beach County Sheriff’s Office tweeted, “He gave his life to save others. He’s a good boy and he will never be forgotten. Rest in Peace #K9Cigo.”

The Sheriff’s Office also posted this heartbreaking video of Cigo’s handler devastated from the loss.

The pain felt by #K9Cigo’s handler/partner is strong. Our prayers are with him tonight. pic.twitter.com/FBETUVUtCX