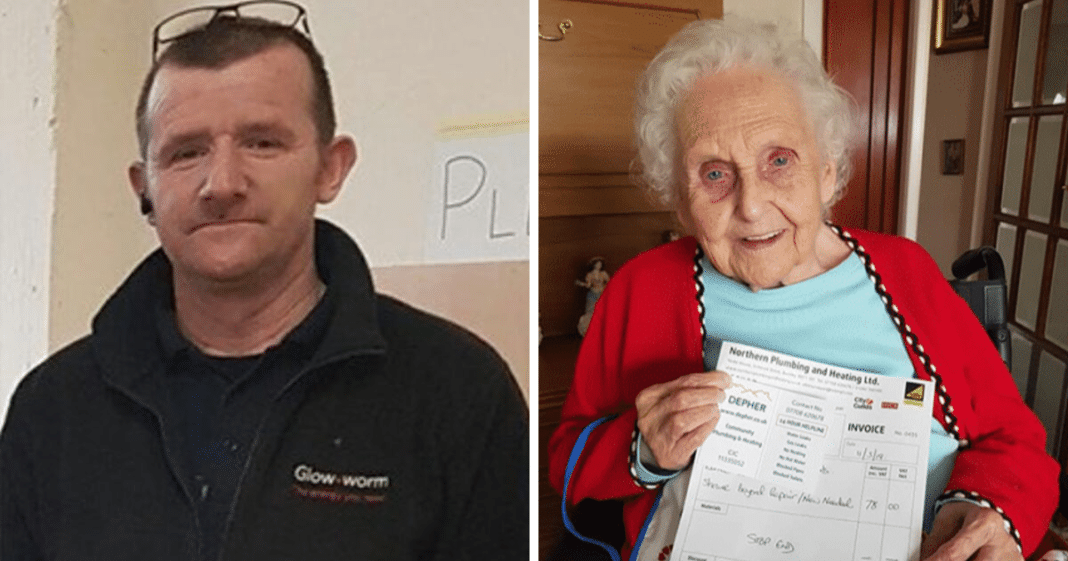 For people living on a fixed income, a plumbing problem can be a life-or-death situation. Plumber James Anderson, 52, from Burnley, UK knows this very well. So Anderson decided he would find a way to stop charging his vulnerable elderly and disabled customers altogether. Instead of focusing on profits, he’s focused on saving lives and helping people.

It all started when Anderson went to an elderly customer’s home. The 82-year-old was facing hardships and didn’t have the money to fix her boiler. She was at the end of her rope, dealing with many problems. Looking at a bowl of pills in front of her on the table, she turned to Anderson and said:

“If you can’t do the boiler, I’m just going to take them because I’ve had enough and I’ll be better off.”

Tears came to the kind-hearted plumber’s eyes, and he assured the woman, who is a grandmother, that he would take care of everything. He was a man of his word, contacting local agencies and the mayor. Working together, they got the woman’s new boiler in place the very next day.

“And do you know, the lady is still here? I still see her. She’s still smiling. She’s still with us,” said Anderson. The story still makes him cry today, he says. 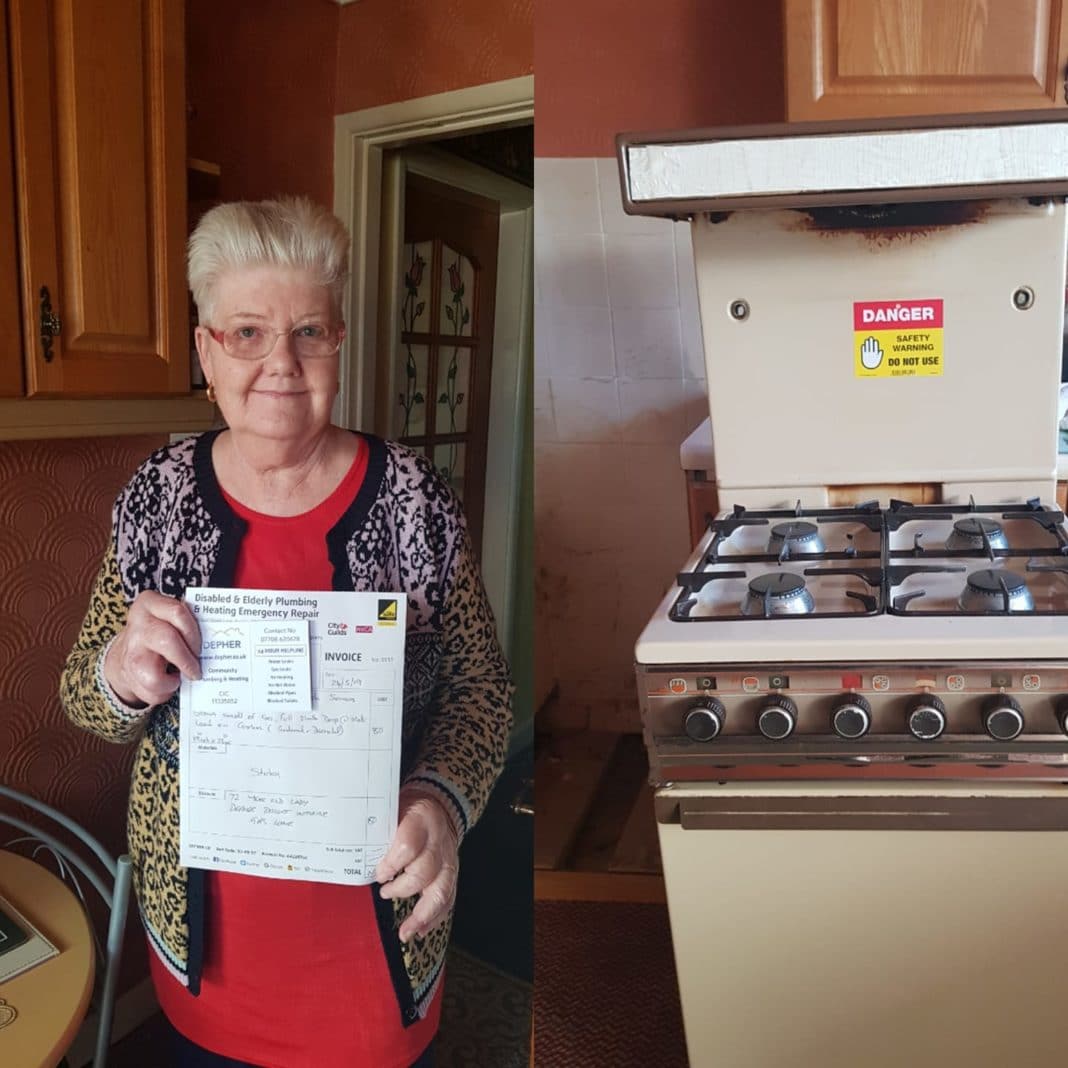 Anderson has witnessed an older man get treated poorly by another business. After these experiences, he decided he wanted to find a way to help as many people as he could.

He couldn’t find any other businesses that were providing their plumbing services as a charity. So, he contacted his accountant, who suggested he start a Community Interest Company (CIC). Instead of working for profit, his business would run like a charity. Thus, Disabled & Elderly Plumbing & Heating Emergency Repairs (DEPHER) began in 2017.

According to Channel 5 News, (see video below) Anderson has now helped over 2,300 customers. If his customers are over age 65 or disabled, they are stunned when they receive a bill as low as £0.

The bill that he presented a 91-year-old woman with acute leukemia went viral.

“No charge for this lady under any circumstances. We will be available 24 hours to help her and keep her as comfortable as possible,” stated the bill. 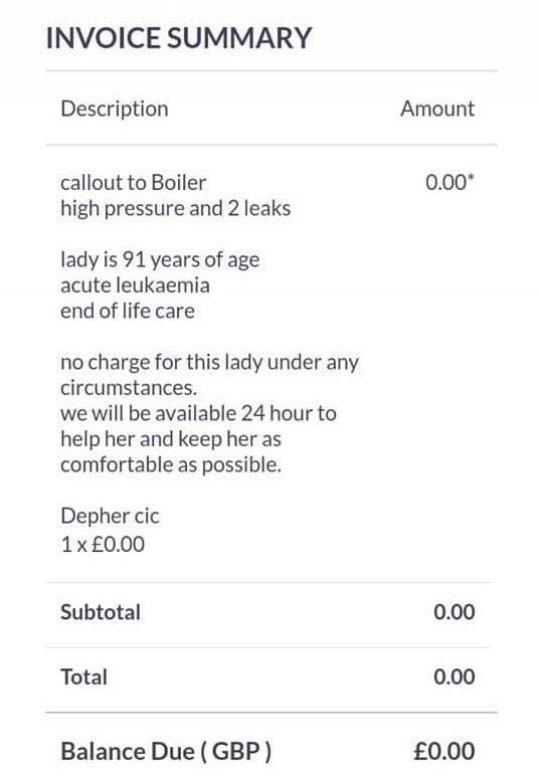 He explained that sometimes the customers go silent in disbelief. One man thought he must be on a joke television show and Anderson had to assure him, “No, this is real.”

Meet the plumber who is providing crucial help for the elderly and disabled. James Anderson does not charge his vulnerable customers – and he’s been amazed at the life-saving difference that such an act has made on these people’s lives.@Disabled & Elderly Plumbing & Heating Emergency Repairs ( D.E.P.H.E.R ) | Burnley Council

On DEPHER’s Facebook page, you can see hundreds of customers smiling, holding the bill they received for plumbing work.

The father of five has gone into some debt of about £8,000 since DEPHER became a not-for-profit, according to Metro.

“A lot of people close to me ask: ‘Why are you getting yourself into debt? Why are you doing this?’ To me, debt is debt… I would rather owe some money to somebody and another person be alive and happy and safe.
It’s an ethos that’s in my heart and it will always stay there.”

Now he hopes to expand his efforts and see DEPHER become a country-wide charity. Their work is saving lives, as they note that a total of 168,000 excess winter deaths have been recorded in the UK over the last five years. 17,000 of these deaths may have been due to fuel poverty, while 36,000 were attributed to living in a cold home. Thanks to him, that number will be considerably smaller.

What an amazing example James Anderson sets. Help us share his story, and maybe it will inspire others to follow his lead. 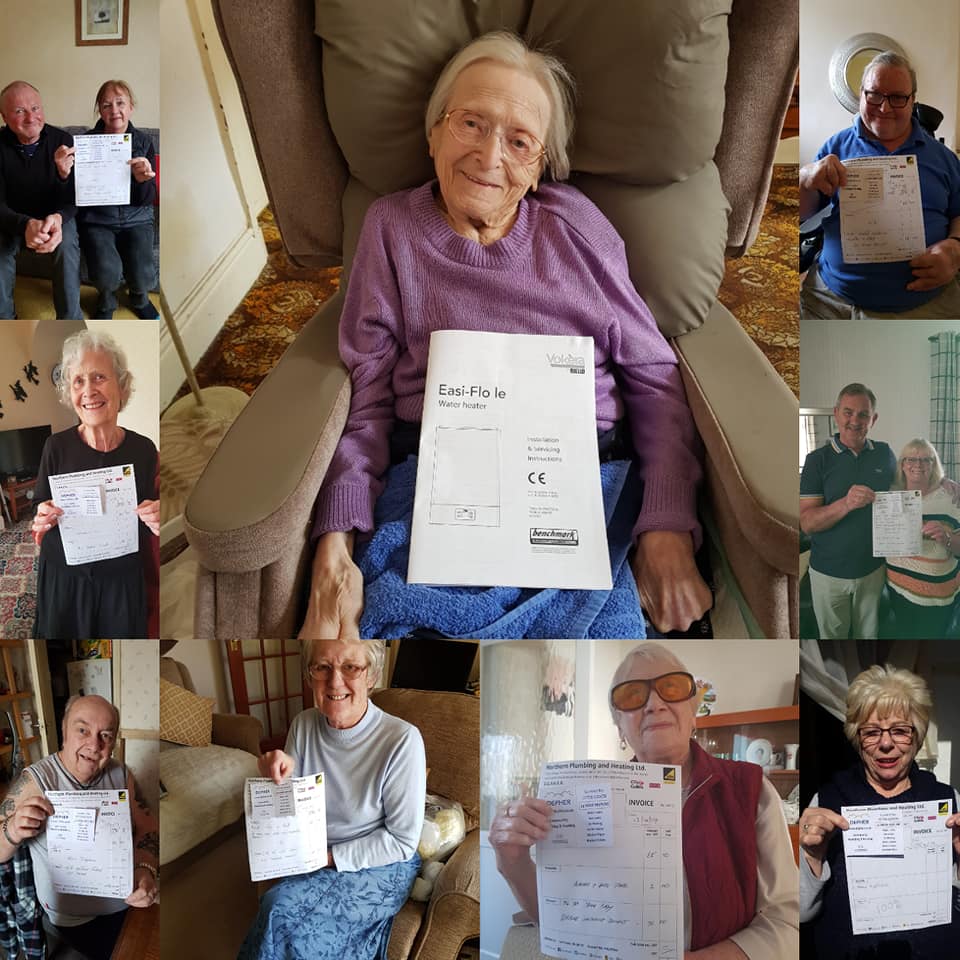