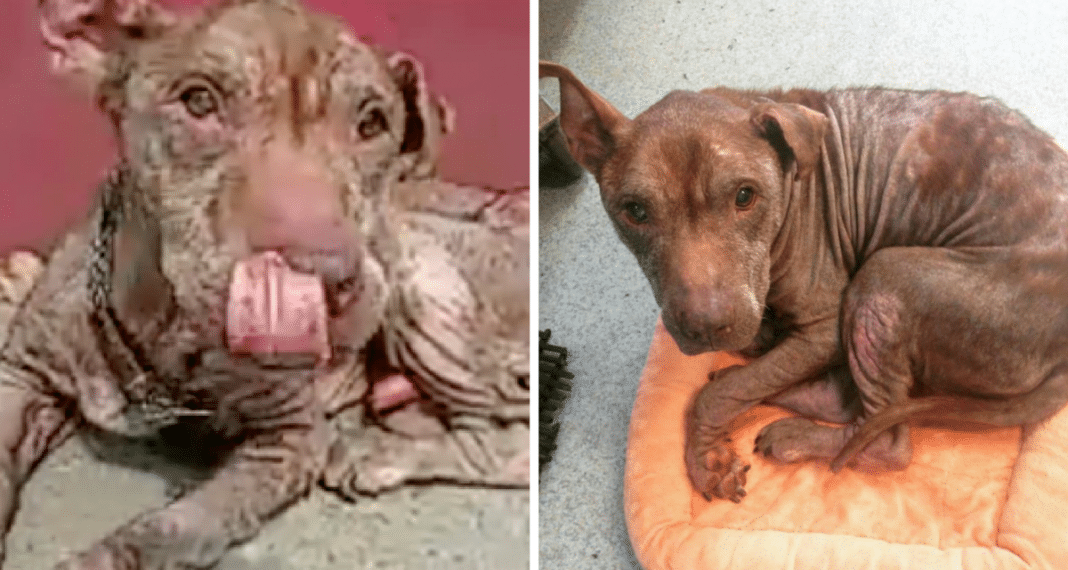 Almost three years ago, in the summer of 2015, the AMA Animal Rescue animal shelter in Brooklyn, New York received a call about a pit bull needing to be saved. The tip provided to them involved a neglected dog chained to a wall in a park. When they arrived at the site, they couldn’t believe the horrible condition of the dog. His rescue was the worst they’d ever seen. 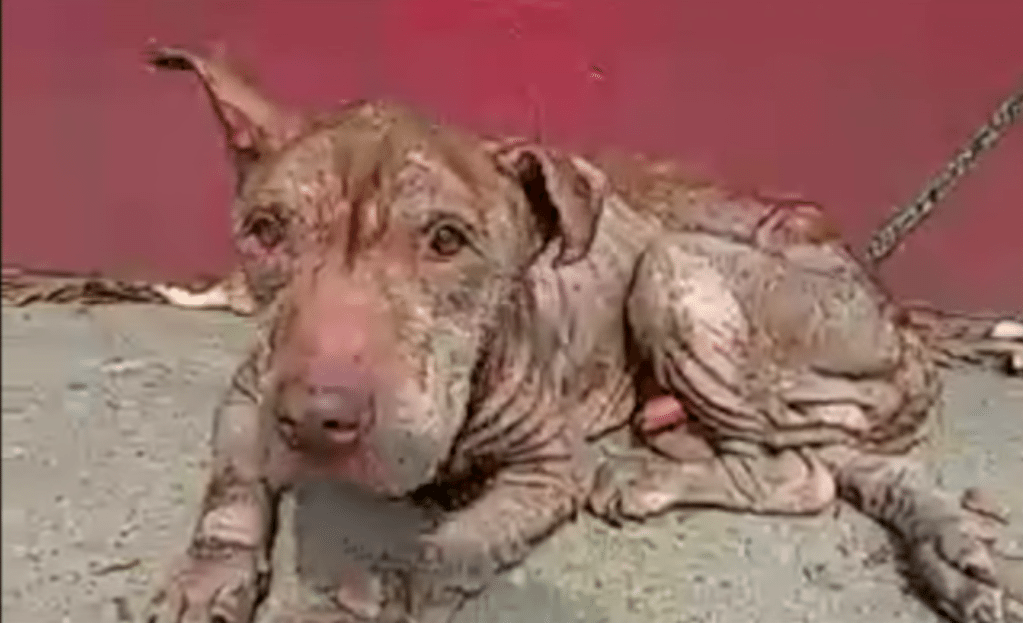 The pit bull was a senior dog. The rescuers named him Norman. They didn’t yet know his age. But poor, sweet Norman was discovered chained to a wall as the tip said; patches of his fur were missing. The dear boy could hardly stand on his own. Nevertheless, it was like Norman sensed the people surrounding him were there to take him away from this terrible place. As soon as they approached, Norman’s tail started wagging, and it hasn’t stopped since. 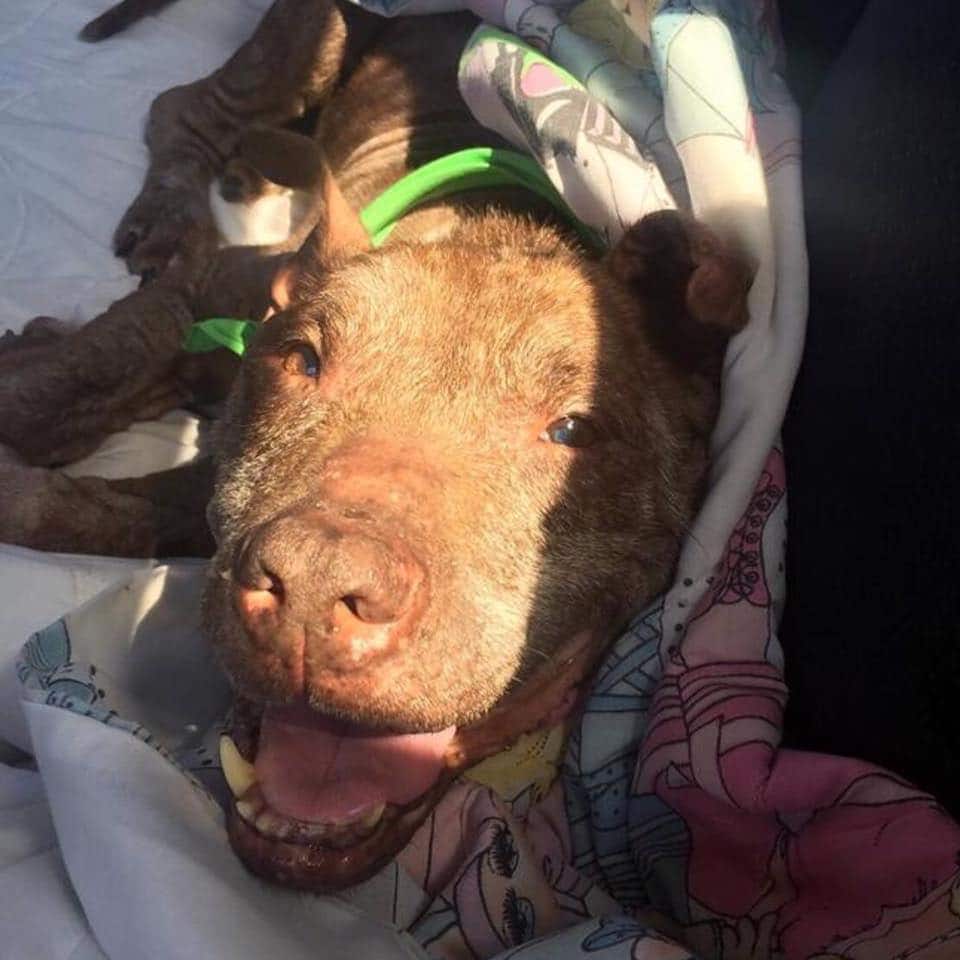 Before taking Norman away, the rescuers gave him some food. they brought him inside their van. relieved, Norman immediately curled up on a blanket and went to sleep. The kind folks took the tired pit bull to a vet clinic to be checked over and treated.

If you do anything today, please click the share button for this little guy right here. If everyone shares Norman today,…

Along with being malnourished and covered with infected wounds, the brave boy was also deaf, blind and suffered from arthritis. They learned Norman was 10-years-old. He hasn’t received much love and kindness in his long, hard life. The animal docs gave Norman plenty of IV fluids to rehydrate him and lots of food and water to help him get stronger. Once he gained some strength, they began doing exercises with him.

The darling senior dog’s tail hasn’t stopped twirling and wagging since. He loves doing the exercises. If you watch the video below, you’ll see just how happy and contented Norman is with his new life. AMA Animal Rescue posted the clip of the joyous boy playing with a bully stick.

We wonder how it felt for Norman taking those first few steps in his forever home. We wonder if he understands what we as a community did for him and how much we all truly love him. We wonder if he will remember us and we hope from this day forward all he knows is unconditional love, care and support.