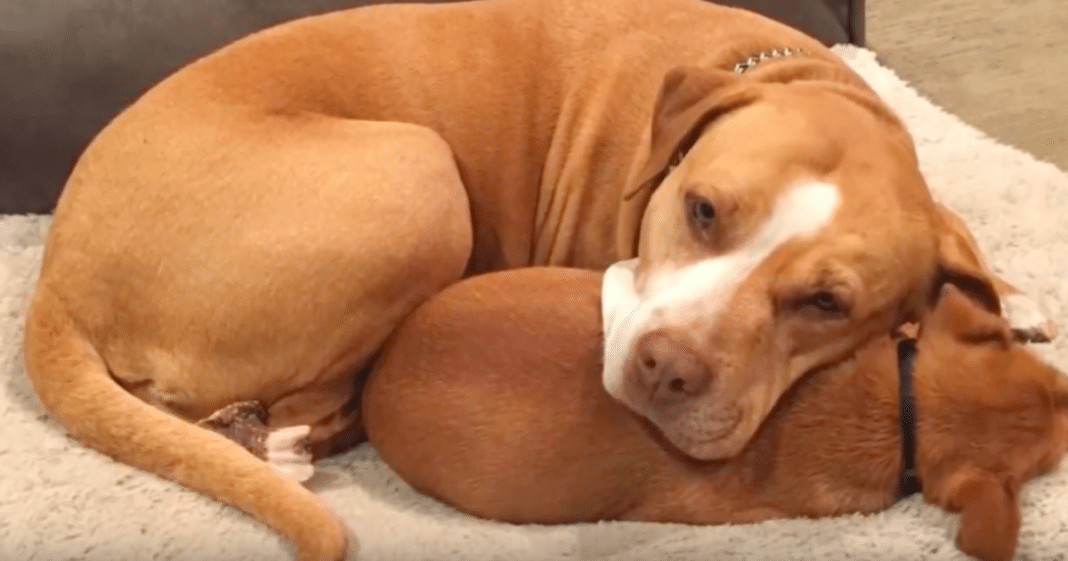 When Merrill the 3-year-old Pit bull was surrendered to an animal shelter in San Francisco, she was very sick, requiring lifesaving surgery. Fortunately, she had with a tiny friend at her side, a tiny 8-year old chihuahua named Taco.

Taco stayed near Merrill throughout the ordeal of recovery, never leaving her side once. The two dogs clung to each other for comfort as they faced an uncertain future. They formed an extremely close bond with each other despite the size difference between the dogs.

The two dogs were like two peas in a pod, but nobody came forward to adopt them. Then volunteers at a no-kill shelter spotted the pair. They knew that separating them would have been heartwrenching, as the dogs would howl and cry if they lost sight of each other for even a short time.

On the Rocket Dog Rescue Facebook page, they posted the duo’s picture with the caption:

“These two love each other more than any bonded pair the shelter has ever seen.”

“They cry when leave each other’s side. This dynamic duo has lost their family, their home, and now we can’t let them lose each other!”

The volunteers refused to separate the two dogs. They went into a foster home together at Rocket Dog Rescue. The inseparable pups’ pictures were posted on social media. Everyone hoped that the perfect family would see them and decide to adopt them together as a pair.

“We just could not stand the thought of them being separated or waiting at the shelter for months to find a home TOGETHER so they are coming to Rocket Dog Rescue!!!”

Merrill and Taco stayed at the rescue as they waited for the perfect family to come forward and give them a forever home. Then one day, a mom with three playful kids spotted the “furry odd couple” on social media. Taco was peeking out, safely tucked behind Merrill’s leg.

“The vet said it’s a benign lump so I guess I’ll just learn to live with it.” 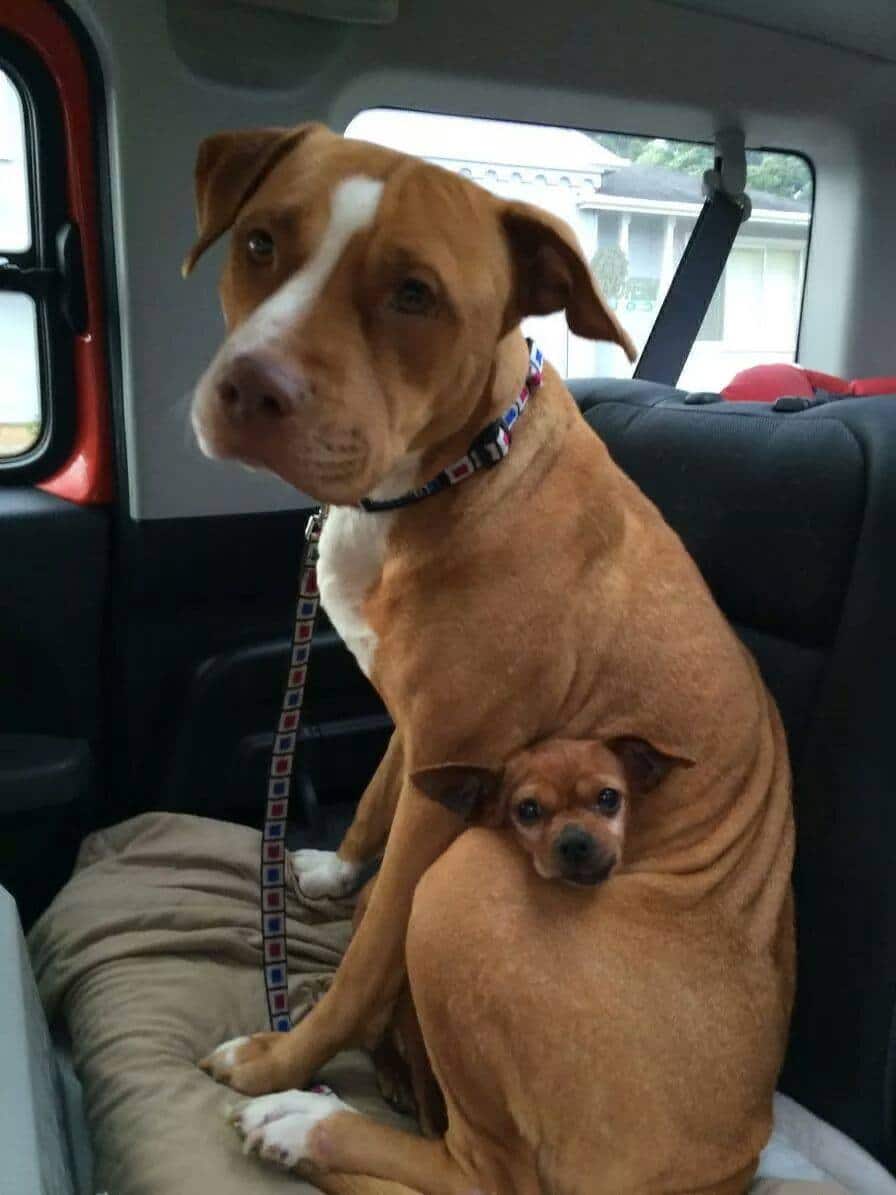 Merrill and Taco went to live with the family, who loved the two dogs and wanted to make sure they would never be separated again. Over the years, the family visited the rescuers and shared pictures and updates as the two dogs enjoyed snuggling in their comfy home together. They would enjoy the rest of their days together with a family who truly loves them. 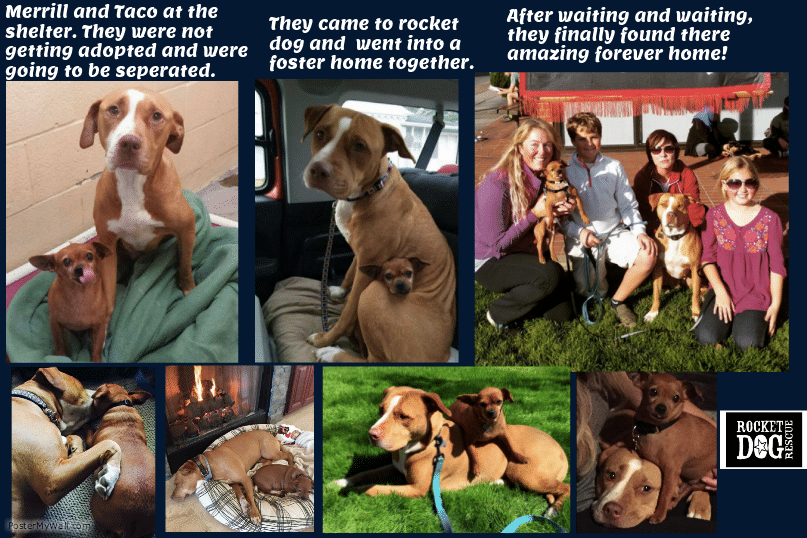 Yesterday, Taco passed away. He lived a wonderful life and he ended up with a family that truly loved him. He has overcome many things and through it all Merrill has been by his side. Taco was a fighter till the very end and that is one part of him that no one will ever forget. We will all miss Taco dearly but he will live on in our hearts and through Merrill.

See more in the video from Did You Know?