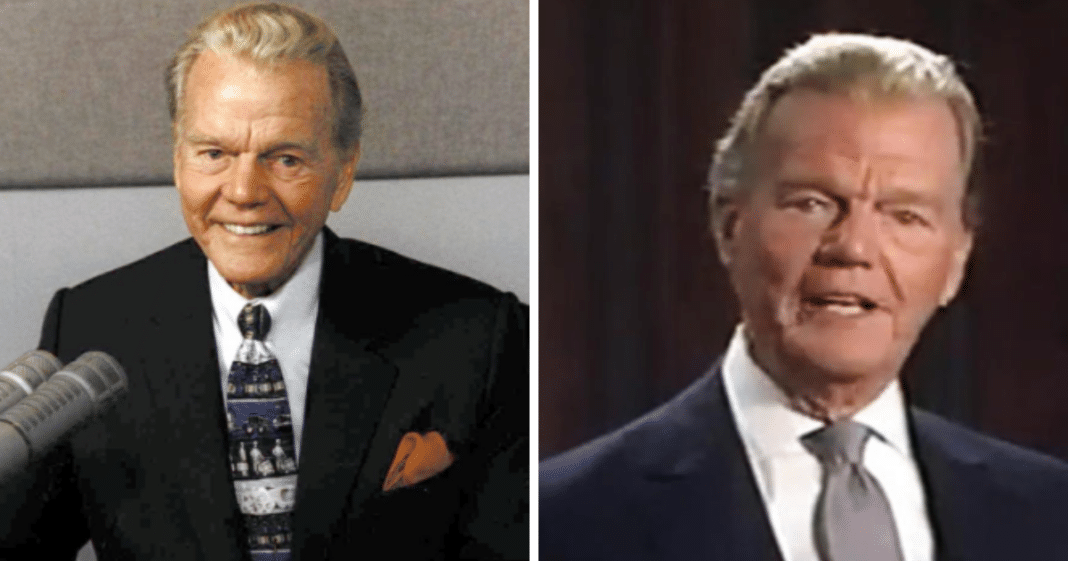 National radio commentator and syndicated columnist Paul Harvey was a pioneer of conservative radio. With a velvety voice, he hosted a weekly gentle storytelling program, The Rest of the Story beginning in the 1976 six days a week until shortly after Harvey’s death in 2009.

Part of the appeal of Harvey’s broadcasts was you always anticipated finding out something unexpected from history with a conclusion of:

“And now you know the rest of the story.”

This is Paul Harvey, and this is the rest of his story. #Chicago @wlsam890http://t.co/h7BnRipwfP@BobSirott pic.twitter.com/ESsAzKPJoS

Harvey’s show became a launching pad for famous figures in today’s conservative movement, from Mitt Romney to Mike Huckabee and Fred Thomson. Romney substituted for the legendary radio newsman on his show at one time.

Paul Harvey’s voice is iconic, and his words resonate with people today as much as ever.

For example, one of Harvey’s essays, entitled, “If I Were the Devil” is resurfacing again today. Harvey first shared it in the mid-1960s. Over his 70-year career, he updated it many times to incorporate current trends. In the broadcast, Harvey plays devil’s advocate quite literally. He predicts what the devil may do to corrupt society and America in particular. As with many of his stories, there is a reveal that many of these steps were happening in the world at the time. However, today, it seems more fitting than ever in many ways.

A sermon for #easter: Radio commentator Paul Harvey's essay entitled 'If I Were the Devil': http://t.co/95MIFlgf6j pic.twitter.com/lwMNP0aqi4

According to Snopes, a false version of Harvey’s essay has often appeared online, and it’s not actually from Harvey. They based the accuracy of the internet version by looking at the earliest printed version in a newspaper from 1964. Another newspaper version with revisions that evolved over the years appeared in 1996.

The transcript of the 1996 version of “If I Were the Devil” appears below. Give it a read and see if you don’t recognize some or many of Harvey’s postulations about what is happening in America today. We can only guess what Harvey would have said about it in 2019, but at the end you’ll find a hopeful message he left us on the Larry King Show. 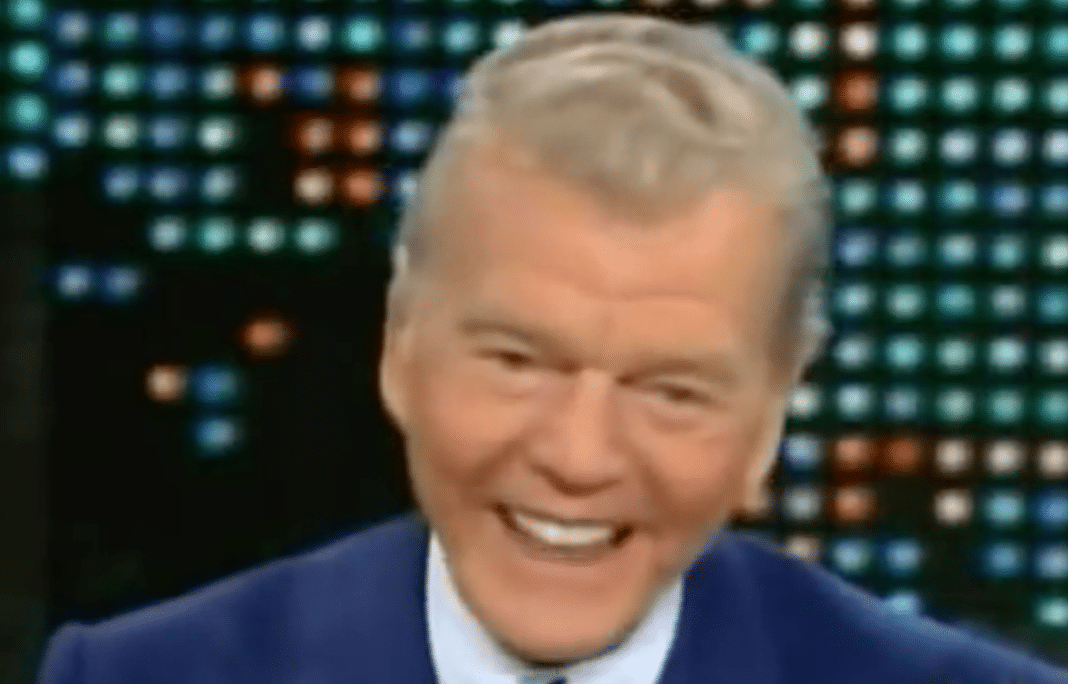 The transcript from Snopes:

If I were the prince of darkness, I would want to engulf the whole world in darkness.I’d have a third of its real estate and four-fifths of its population, but I would not be happy until I had seized the ripest apple on the tree — thee.

So, I would set about however necessary to take over the United States.

I’d subvert the churches first, and I would begin with a campaign of whispers.

With the wisdom of a serpent, I would whisper to you as I whispered to Eve: “Do as you please.”

To the young, I would whisper that the Bible is a myth. I would convince the children that man created God instead of the other way around. I’d confide that what’s bad is good and what’s good is square.

And the old, I would teach to pray after me, “Our Father, which are in Washington …”

Then, I’d get organized, I’d educate authors in how to make lurid literature exciting so that anything else would appear dull and uninteresting.

I’d peddle narcotics to whom I could. I’d sell alcohol to ladies and gentlemen of distinction. I’d tranquilize the rest with pills.

And with promises of higher ratings, I’d have mesmerizing media fanning the flames.

If I were the devil, I would encourage schools to refine young intellect but neglect to discipline emotions. I’d tell teachers to let those students run wil. And before you knew it, you’d have drug-sniffing dogs and metal detectors at every schoolhouse door.

With a decade, I’d have prisons overflowing and judges promoting pornography. Soon, I would evict God from the courthouse and the schoolhouse and them from the houses of Congress.

In his own churches, I would substitute psychology for religion and deify science. I’d lure priests and pastors into misusing boys and girls and church money.

If I were the devil, I’d take from those who have and give to those who wanted until I had killed the incentive of the ambitious.

What’ll you bet I couldn’t get whole states to promote gambling as the way to get rich?

I’d convince the young that marriage is old-fashioned, that swinging is more fun and that what you see on television is the way to be.

And thus, I could undress you in public and lure you into bed with diseases for which there are no cures.

The essay concludes with:

“In other words, if I were the devil, I’d just keep right on doing what he’s doing.”

Although the essay above is indeed grim, Harvey was hopeful about what would become of our culture. When he appeared on the Larry King show in 2003, King asked the famous radio host:

“What do you make of what’s happened to the culture? We seem to be a culture of ‘anything goes.'”

“Excesses ultimately are their own undoing, and that keeps me hopeful.”

Hear the audio version of the 1996 revised essay below: