Pat Boone mourning death of beloved wife of 65 years, Shirley: ‘she was so easy to love’ 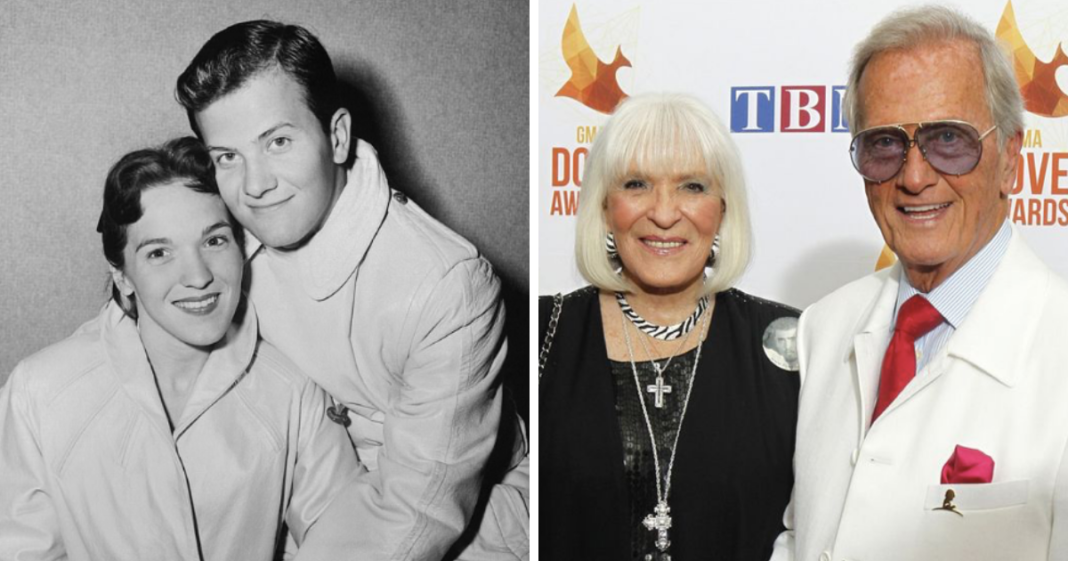 The remarkable wife of singer Pat Boone, Shirley passed away peacefully on Friday morning, January 11 in Beverly Hills. Her four daughters sang hymns by her bedside. She was 84 years old. Shirley was married to Pat Boone for 65 years. He was her high school sweetheart when they were both only 16-years-old.

Pat Boone told PEOPLE that he believes January 11 was “moving day” for his wife and knows he will see her again soon. 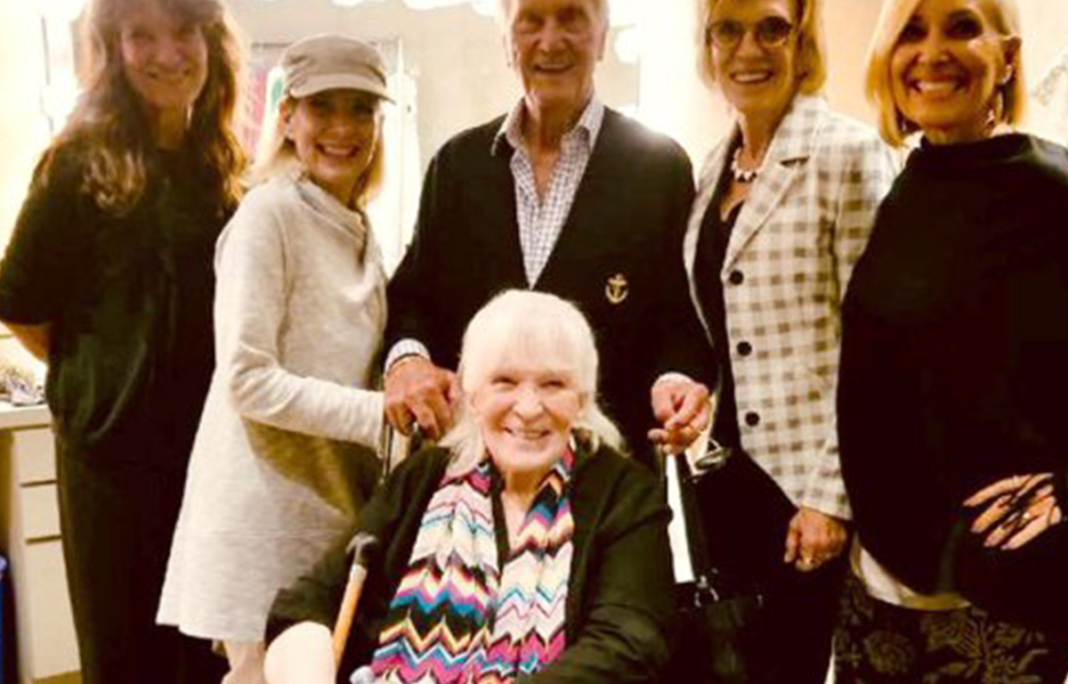 “We lived a wonderful, blessed life together for 65 years. I’ve parted with my better half for a little while… ”

“but we don’t die, we just move on to another place, and today was moving day,” he says.

“She’s changed her address is all and moved to a different mansion that I expect to join her in one day.”

“I’m very confident of that,” Boone states. “That took the sting out of what happened today because we know we’re gonna be together again and have a whole new beginning.”

Shirley Boone, the wife of music icon Pat Boone, has died at the age of 84.

She was married to the famed vocalist and actor for nearly 65 years.https://t.co/ub9Tg4Kk55 pic.twitter.com/ap2sJKSaJm

Although her husband is famous as a singer, Shirley Boone was also a recording artist as well as an author, actress, philanthropist, and TV personality. She performed duets with her husband and sang with her family for many years.

Her parents were also performers. Her father, Clyde Julian “Red” Foley, was a Grand Ole Opry headliner. Her mother, who was professionally known as Judy Martin, was a country music singer.

You and I (single)
Pat Boone’s love song You and I is always a hit when performed in concert. In this touching recording Pat’s tender lyrics express his deep love for and devotion to his wife Shirley – the love of his life for more than 63 years. https://t.co/sxTCLVdDUK pic.twitter.com/Yw1m7zdkI6

In high school in Nashville, Shirley Boone was Homecoming Queen and a popular cheerleader when she met her high-school sweetheart, Pat, the handsome boy-next-door and student-athlete and rising star.

They married at 19-years-old in 1953. Pat Boone remembered they didn’t always have it as easy as it may have appeared, but they stayed together through it all.

“We didn’t have the perfect marriage, but it helps to marry a magnificent woman,” Pat said.

“You make your commitments to God and each other, and in troubled times, you hang on to the commitment to God, and to your kids. You see the problems through and you find you’re stronger because of it.”

Rejoice in the birth of our Lord and Savior. May the blessings of Christ be upon you and your loved ones this season and into the New Year. pic.twitter.com/eyfVqUwXN5

Soon after their marriage, Pat Boone’s singing career took off, eventually rivaling the popularity of Elvis Presley. He released duet LPs with Shirley in 1959 and 1962. The first album featured the duets, “Side By Side,” “Let Me Call You Sweetheart,” and “My Happiness.”

Later, Shirley recorded with Pat Boone Family in 1971 and the record was nominated for a Grammy. The family continued to record together during the mid-70s. Shirley was also an accomplished actress, appearing with her husband and family in television specials through the early 80s.

New post (Shirley Boone, Wife of Singer Pat Boone and Philanthropist, Dies) has been published on –

BEVERLY HILLS, Calif. (AP) — Shirley Boone, the longtime wife of singer Pat Boone as well as a philanthropist, has died. She was 8… – https://t.co/sJzqgIg8Es pic.twitter.com/rWqSXMEiXv

The Boone’s daughters became famous singers in their own right after learning to harmonize from Shirley. The Boone Sisters rose to fame, with Debby Boone later becoming a widely famous solo star.

Shirley went on to become an author of works that reflected her conservative religious values and appeared on Christian TV talk shows.

Perhaps her most remarkable accomplishment was establishing the Mercy Corps, an international charitable organization that provides relief for starving people all over the world.

“[Mercy Corps] continues to grow, and all of this started from her tears and her conviction that we could do something,” Pat noted.

“She was always ready to interrupt what she was doing and help somebody else.”

“She had an honest, deep, earnest love for people and her desire to help people as an activist,” he shared. “She was so easy to love because she loved so easily and so naturally.”

We’re mourning the loss of Shirley Boone, an early member of our humanitarian community whose spirit and compassion were key to establishing the Save the Refugees Fund (which became Mercy Corps) in 1979, to help Cambodians fleeing famine and conflict. https://t.co/DJKpi2qIap

Of all her many accomplishments, Pat Boone says it was being a mom that she valued the highest.

“The thing that would most fulfill her was to be a good wife, and mother, and grandmother and to create happy homes,” Pat said.

Shirley Boone is survived by her famous husband as well as 16 grandchildren and 10 great-grandchildren.

Hear Pat and Shirley Boone sing together on “Side By Side” below: