Pastor Hands Everyone In Congregation Numbered Envelope With Check Inside, But There’s A Catch 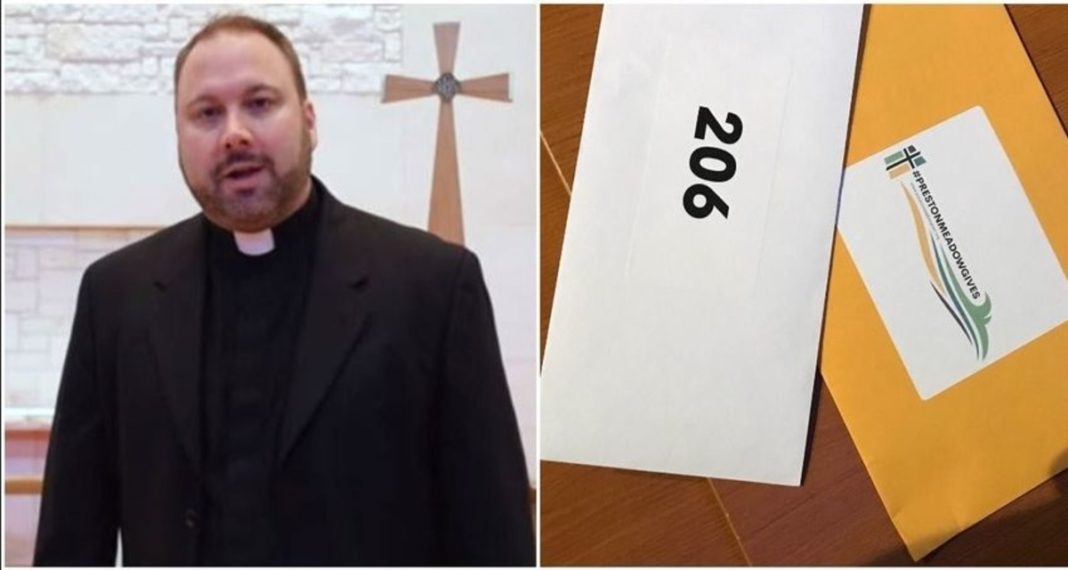 Those who attend church services make weekly donations that are put toward the church. This past week, however, members of the Preston Meadow Lutheran Church received a shock when instead of reaching into their own pockets, they each were given an envelope of money. This shocking event had everyone talking.

Pastor Paul Mussachio invited those of his congregation to take a numbered envelope from the stack at the front of the church. Each envelope had a blank check inside signed by the church. The values written on them ranged from $250 to $1,000.

The pastor sent parishioners home with their money; but of course, there was a catch, which will be revealed shortly…

The Pastor was inspired to give his flock this money by another experiment the church conducted using fourth-graders. The kids were given the same envelopes. They didn’t contain as much money inside, but the concept was the same. They were told to use the money to help their family, friends, neighbors, and community. While doing so, they were to make sure to spread this deed of doing good to those around them. in other words, pay it forward. By the end of the project, the children had raised four times the amount that they’d received.

Like the children, the congregants of Preston Meadow were encouraged to do likewise. In a YouTube video, Mussachio explains he wants to spread “joyful generosity” through the community.

“We gave them no direction over [the money,] other than to follow the lead of God and to  participate in Christ’s mission of grace for this world.”

As long as his flock cashed their checks within a month and didn’t’ give any of the money back to the church, they could do what they wanted with it.

“We are blessed to be a blessing, so look for those around you who are in need of this kind of blessing right now,” a pamphlet for the event suggests.

“People near or far to you, strangers, organizations close to your heart or our church.”

As a result of the Preston Meadow’s Project, a small group of members donated $125,000. Hopefully, this spirit of giving will continue to grow as the message spreads through the community and to all of us reading and sharing this story.