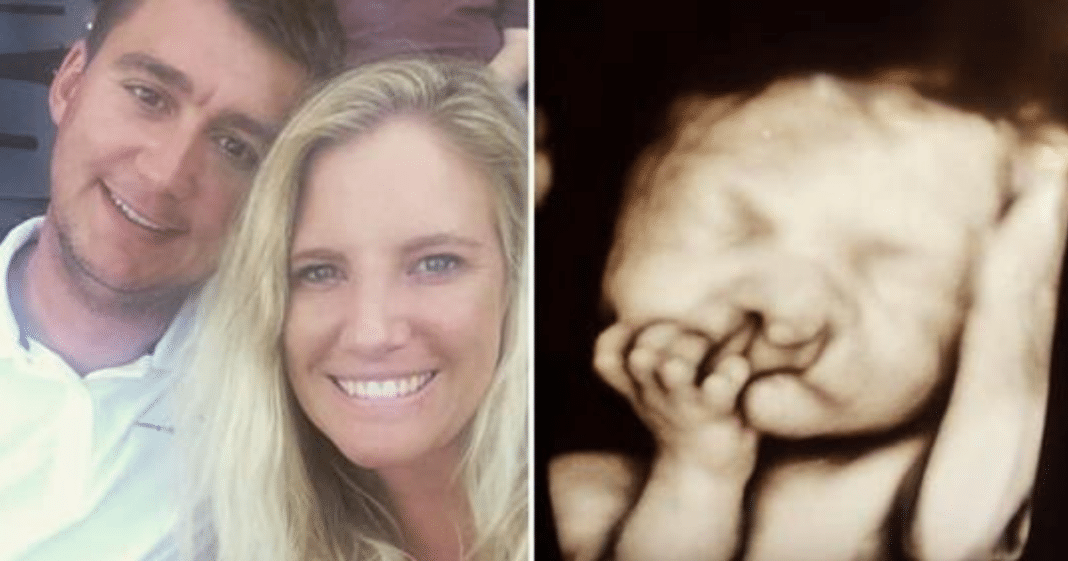 Sara Heller’s whole world changed when she found out she was pregnant just two months into a new relationship with her partner Chris Eidam. The Omaha, Nebraska couple had to make a big decision about having a baby when they were just getting to know each other.

Sara, 26, decided she would keep the baby, but what would Chris think?

“Let me tell you guys, if you’re not sure if somebody is a good guy, tell him you’re pregnant and see what their response is,” wrote Sarah on her blog.

Fortunately, the couple happily agreed to become parents together, and Chris, 30, really impressed Sara with his full support. Then, after an ultrasound 24 weeks into the pregnancy, Sara and Chris got some unexpected news. The baby had a severe cleft lip and palate. The couple left the appointment feeling scared and wanting to know more. They still thought he was the cutest baby in the world.

We were able to see our little guy today. His bilateral cleft lip is more obvious today than in previous scans but I can't help but think he is the cutest baby on earth (or in the womb). So in love with our little (2lbs 12oz) guy! #1in700 #cleftlipandpalate

Weeks later, after extensive testing, they learned their baby had a rare genetic condition as well. There was a chromosome deletion on the 9th chromosome, causing severe congenital anomalies, possible intellectual and physical disabilities, and possibly serious health concerns like epilepsy, thyroid issues, and low bone mass. There are only 15 documented cases in the entire world.

At their doctor visit, the doctor asked if they wanted to keep the baby or consider other options.

“We were then asked, after having this information, if we wanted to continue with the pregnancy,” wrote Sara.

“Without hesitation, we knew we wanted to continue the pregnancy. This new information didn’t change how we felt about our son and we certainly didn’t love him any less.” 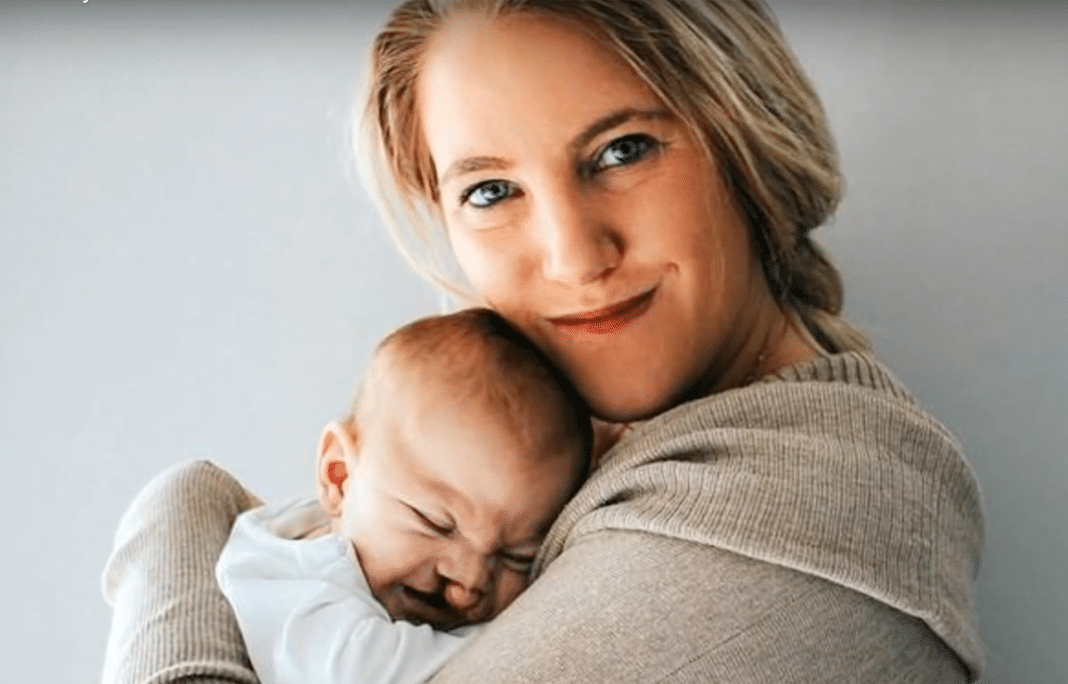 Finally, their baby boy, Brody, was born on October 7, 2016. Sara was full of anxiety until that moment and felt a huge sense of relief upon his safe arrival into the world.

“He was here, he was perfect, and I was so ready to be his mom.”

“Every fear I had about people staring at him with sadness in their eyes went away. All the anxiety I had felt to show him off to our family and friends was gone.”

Enjoying our all day snuggle session and providing proof that I survived #labor.

Then seven hours after birth, Brody needed care in the NICU. He was having difficulty feeding, a problem that would persist well into Brody’s future.

Eventually, Brody grew stronger though he was slow to gain weight. He would have to undergo tube feedings with a g-tube, and recover from reoccurring illnesses. Sara would take her son to multiple doctor appointments, therapy sessions, and three surgeries. Even so, he was strong, “smiling through it all.”

Brody would be Okay and happy. Best of all, the couple cherished him as a blessing. Instead of worrying that people would stare and say rude things about their son, they proudly shared as may pictures of him as they could to help spread the word about children like Brody.

“This past year has taught me how to use my voice (and Brody’s adorable pictures) to help educate the curious, guide the unknowledgeable, and most importantly sympathize with other new cleft parents all over the world.”

Sara proudly posted pictures online of her son. Most of the comments were supportive, but there were some people who were rude.

“What’s wrong with his face?” someone posted on Instagram.

Sara wasn’t surprised by the comment but says she is determined to educate others who simply don’t know better.

“I wasn’t prepared to defend my 3-month-old and why he looks ‘different’ from other babies. I decided to educate rather than create a confrontation because that is what I want Brody to do in the future,” she said.

“I will want him to educate, to be an advocate for younger cleft kids who don’t have their own voice yet.”

After reading the comment online, Sara went to a restaurant with Brody and her girlfriends. The server handed her what looked like a folded napkin, and when she opened it, she discovered a check for a thousand dollars with a note on the memo line that read:

“For the beautiful baby.”

“Tears fell from my eyes immediately and the happiness my heart felt is indescribable,” she said.

The couple used the money to help pay for Brody’s lip surgery. Despite facing some criticism, these parents are seeing overwhelming support from all over the country. Meanwhile, you would hardly recognize Brody today, as he shares his radiant smile that lights up the world.

Allow me to re-introduce myself my name is Broooo-bro. Brody (right): born with bi-lateral cleft lip and palate, a very common birth defect. Along with the BCLP I was born with a very rare genetic mutation (15 cases documented in the world!) This chromosome deletion makes it a little harder to do things that come naturally to most children. I work very hard in my therapies and have overcome many obstacles! My favorite things include: Trolls, balls, stacking blocks high and knocking them down. I have a wide book of diagnoses but show determination and resilience every day. Sara(left) : I am Brody’s advocate and best supporter. I transport Brody to therapies and try to keep my calendar organized all the while trying to stay sane. You can read more about us on www.cleftconnection.com. I feel genuinely blessed to be the mother of a special needs child and look forward to having you all on this journey with us! #specialneeds #momager #specialneedsmom #therapy #mommyblog #cleftstrong #cleftproud #disability

See what happened in the video from nollygrio below: