Parents Think Age 5 Daughter Had Bruise On Back Of Knee, Then Doctors Reveal Horrifying Truth 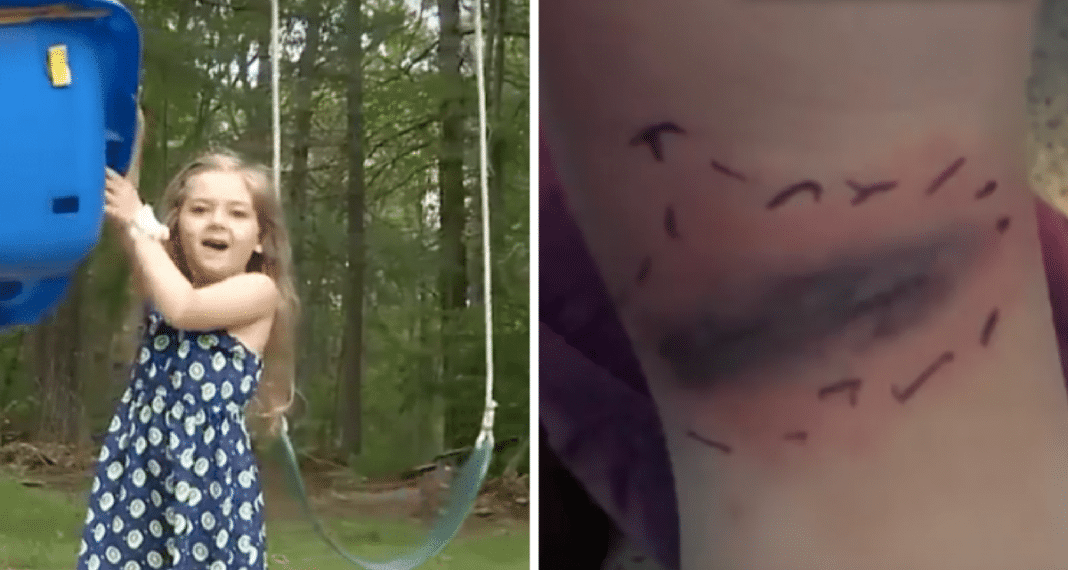 With the warmer weather coming, insects are starting to emerge again, and some of those will be spiders. They are all around us, rarely causing trouble, but once in a while, they can inflict a serious bite, as one family in Massachusetts found out.

Kristine Donovan’s 5-year old daughter Kailyn enjoyed playing outside with her siblings. One day, she came inside and Kristine noticed a little purple bruise on the back of her knee. She kept an eye on it but assumed it was just a bruise from a minor insect bite. Her husband Josh, a paramedic and firefighter agreed that it seemed harmless.

Two days later, the bruise hadn’t gone away but had turned into a line across her entire leg. The school called to say she had a fever, and her mother took her to her pediatrician. There, she was surprised the hear that Kaitlyn needed to be sent to the Emergency Room. 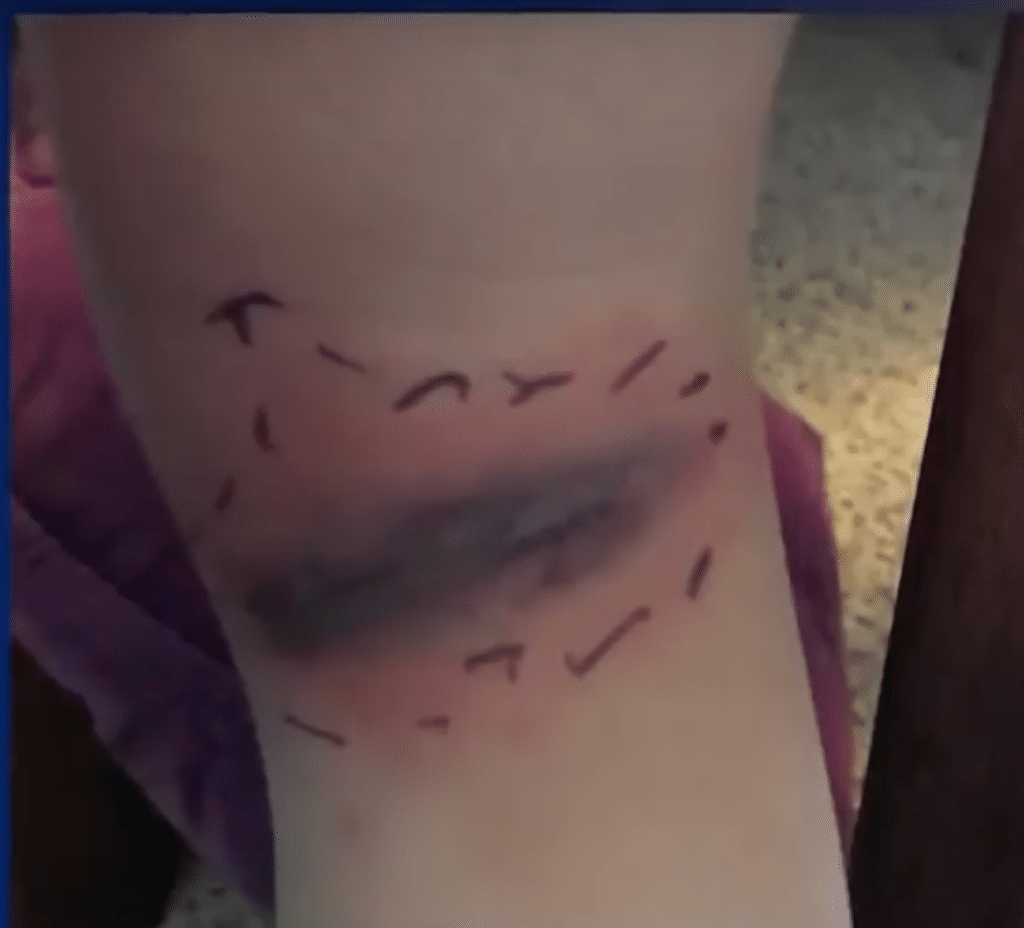 The spider bite on Kailyn’s leg

The hospital staff determined the little girl had suffered a spider bite and gave her antibiotics. Unfortunately, she wasn’t getting better. The family took her to UMass Memorial Center, where the doctor confirmed the bite was from a Black Widow spider, and the black mark they thought was a bruise was actually the spider’s venom.

“We didn’t know what to say. It’s not something you would expect, especially in Massachusettes,” said Josh.

Fortunately, the family had continued to take Kaitlyn to the doctor. Kristine gave advice to other parents in similar situations.

“If you think it’s something, just keep looking for an answer. I kind of had a feeling it was pretty bad, and I just kept pushing to have it checked out,” said Kristine.

Black Widow spiders are most common in the south, but their range takes them just about everywhere in the United States. It’s rare that they bite, but if they are threatened, and especially if they are being squashed, they will defend themselves. Female spiders are more likely to bite when defending their eggs.

Their venom is 15 times more potent than that of a rattlesnake, but they tend to use it very sparingly. Thank goodness!

The American Association of Poison Control Centers reported 1,866 black widow bites in 2013, and out of that number, 14 caused severe symptoms.

See the story in the video from WCVB Channel 5 Boston below: