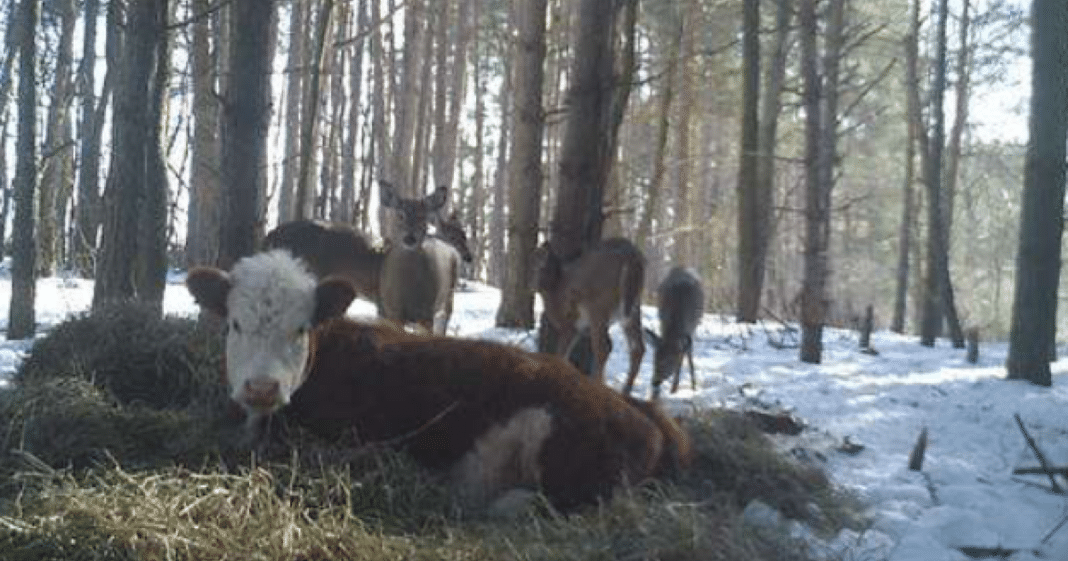 Bonnie, the cow, was born on a farm in Holland, New York. When she was four-months-old, the owner of the farm passed away. His children decided to sell the herd of cows to a slaughterhouse.

The workers gathered up the cows to take them away; Bonnie seemed to sense her fate. As the time approached for Bonnie to join the other cows, she turned and fled into the woods. 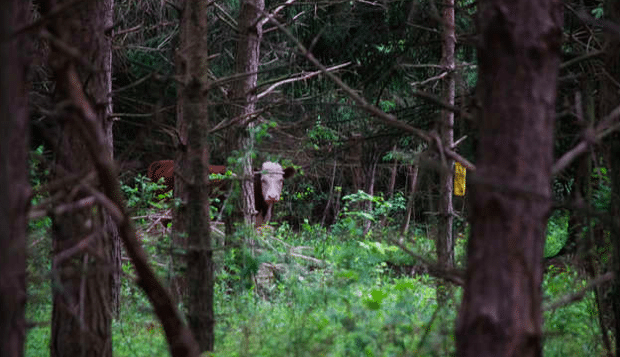 As news of the runaway cow spread throughout the upstate New York town, Bonnie became somewhat of a celebrity. There were two camps of people: those who wanted to save her and those who tried to hunt her. Bonnie’s fate remained a mystery.

The residents of the town would catch fleeting glimpses of the calf before she’d scurry away into the woods again. Everyone wondered how a domesticated animal was surviving this long in the woods. 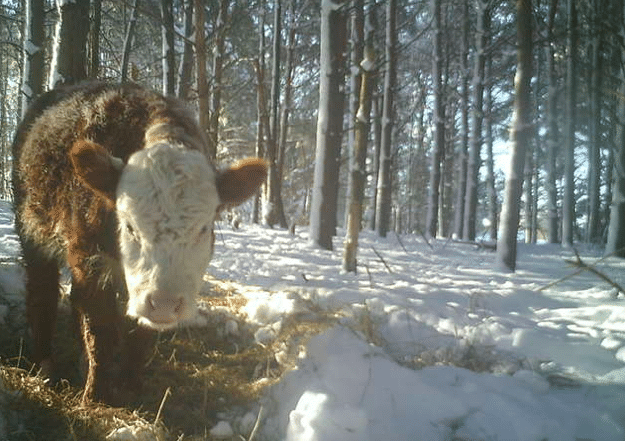 They wouldn’t have to wait long to learn the answer. Hunters began capturing footage of Bonnie traveling with a herd of wild deer on their wildlife cameras. The deer, another breed of herding animals had accepted Bonnie into their group.

“Since she had lost her first family (and cattle are herd animals), the deer helped Bonnie survive and accepted her as their own — eating, sleeping and running together!” Meredith Turner-Smith, a media relations specialist for Farm Sanctuary, told The Dodo. “Like a deer, this ‘bovine Bambi’ would disappear into the forest whenever people appeared.” 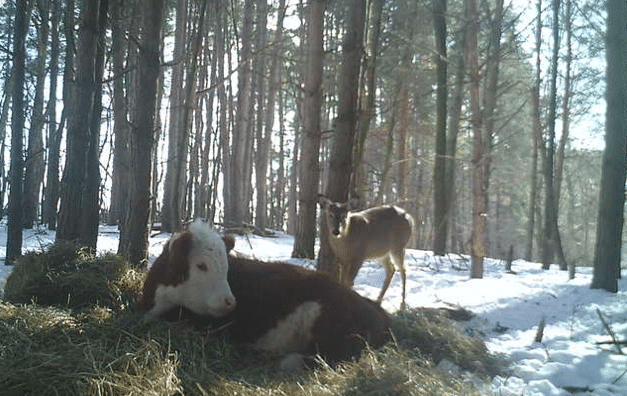 It took the sanctuary several attempts to locate and catch Bonnie. But once she was in their hands, she was brought back to their land where she now roams with rescued cattle once bound for the slaughterhouse. 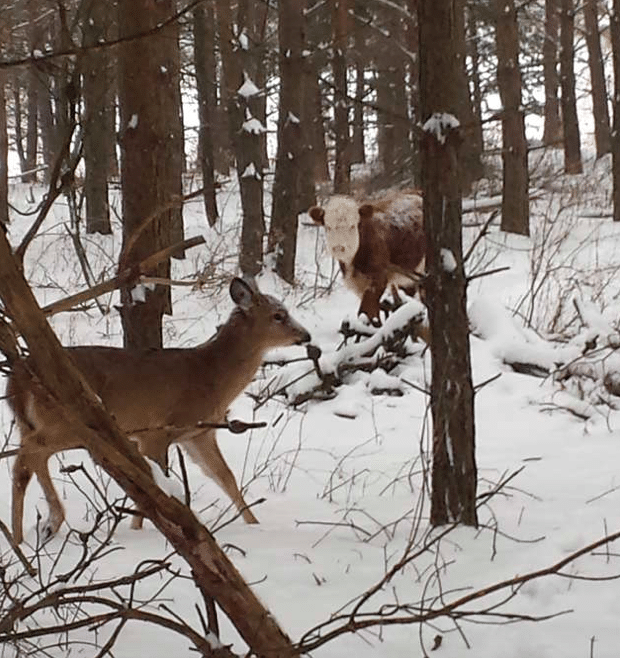 Don’t believe me? Check out this video below for yourself. It’s truly incredible to see this cow hanging out with a herd of deer.