Doctors Tell Him Dad Is Dead So He Starts Praying. What Happens Next Leaves Him STUNNED 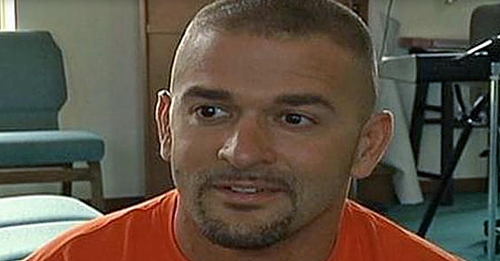 Diesel mechanic Tony Yahle was presumed to be dead in the hospital after his heart stopped. He continued to lay with no heart beat for 45 minutes while doctors prepared to have his family come and say their goodbyes. He was pronounced dead then and there, but what happens next you won’t believe.

As Yahle’s family was coming to see him to say goodbye, he began to show signs of life. This absolutely blew doctors away! Then, just five days later, he fully awoke.

Dr. Raja Nazir is the cardiologist at the hospital where Tony was admitted. The whole situation completely blew his mind – he couldn’t stop thinking or talking about it. How could something like this happen!?

Yahle credits his faith for this miracle. His teenage son, Lawrence, said he spoke to his dad shortly before he revived. “I pointed at him and said, ‘Dad, you’re not going to die today,”‘ the 18-year-old said. “I stood there for a few more seconds. I was about to walk back to comfort the family, and that’s when he started showing signs of a heartbeat.”

Crediting his strong faith, Tony Yahle was able to walk away from the hospital.

Were you amazed by this family’s story? So share this!